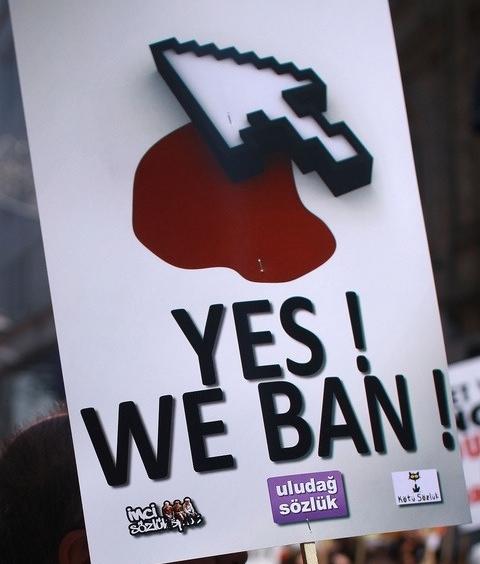 The United Nations weighed in Thursday on Turkeys’ recently passed internet censorship and surveillance bill, calling it incompatible with the nation’s international human rights obligations. UN High Commissioner for Human Right spokesperson Rupert Colville said the law could lead to violations of freedom of expression and the right to privacy.

Further, the UN renewed its call on security officials to refrain from using excessive force during public demonstrations against the measure. The far-ranging bill would give Turkey’s telecom authorities the power to block websites without a court order and compel I-Ps to keep two years worth of internet data on customers. FSRN’s Jacob Resneck has more from Istanbul.

The Turkish government says the new internet law would protect personal privacy as well as children and family values. This is done by empowering the telecom authority to order inappropriate web pages removed within hours or face stiff fines.

But opposition parties and civil society groups say the bill is less about privacy and more about containing a corruption scandal that erupted in December and has already forced out three cabinet ministers.

The government stymied a probe of the corrution by firing hundreds of prosecutors and reassigning thousands of police.

But revelations further implicating senior politicians – including Prime Minister Recep Tayyip Erdogan – have surfaced in recent weeks as the government attempts to take control of the net.

“There are other countries like Iran, Syria and China that try to deploy similar political control,” said Yaman Akdeniz, a law professor at Istanbul’s Bilgi University. “Unfortunately Turkey is moving towards that direction rather than getting closer to (the) European Union.”

Don’t think Turkey’s internet users are taking this lying down. Demonstrations erupted in three cities last month which were met with heavy crackdowns by riot police. More recently, hundreds of demonstrators in Istanbul’s Taksim Square rallying against net censorship were met with volleys of tear gas and water cannons.

Geoffrey King, a San Francisco-based internet advocacy coordinator for the Committee to Protect Journalists, say this is more than a fight over the right to view cuddly animal videos or share memes.

“People are risking their skin to protest against (net censorship) and that’s I think pretty new,” he said. His New York-based organization is just one of many on a list that includes Reporters Without Borders and Amnesty International that have called on Turkey’s president not to sign the bill into law.

Add the U.S. State Department and the European Union to the international chorus urging Turkey to take a step back from trying to control the net.

The clock is counting down. Turkish President Abdullah Gul has until Feb. 25 to sign, veto or send the bill back to parliament.