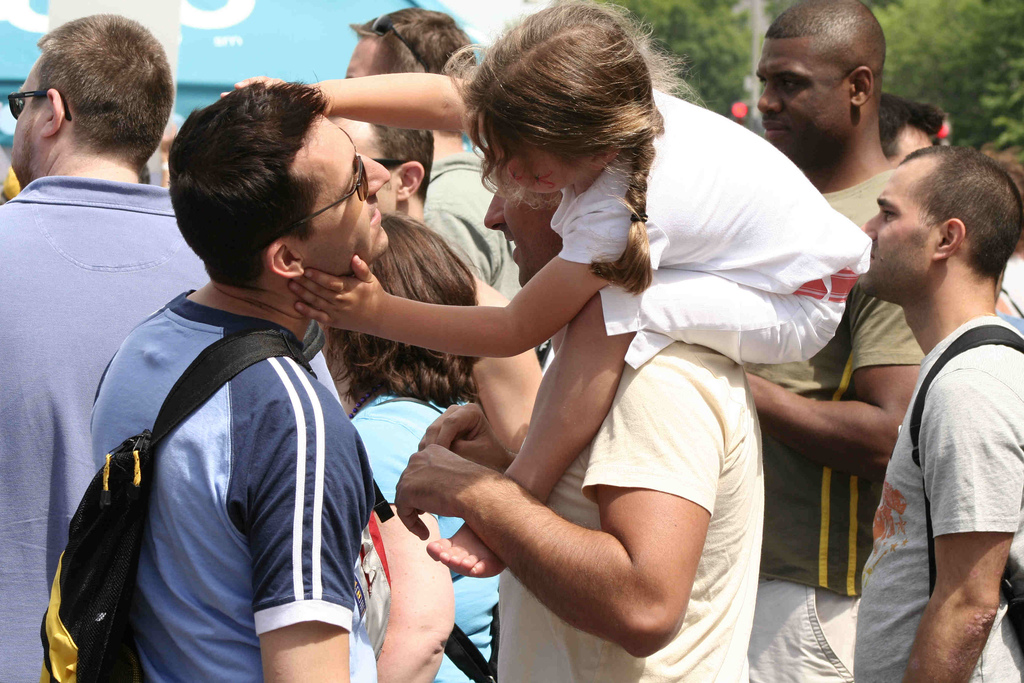 Russia has passed new restrictions on foreign adoptions, this time banning all single people from countries that have legalized same sex marriage from adopting Russian children. The measure increases fears among LGBT parents that their children could be taken away. FSRN’S Ekaterina Danilova reports.

The new measure follows a ban on adoption by same-sex couples enacted last year, as well as other laws aimed at protecting children from “homosexual propaganda” and banning adoptions by Americans. Russian Prime Minister Dmitry Medvedev signed the resolution on Tuesday.

A single person from a foreign country who wants to adopt a Russian child now must present documentation showing that same-sex marriages are illegal in his country.

Natalia Tsimbalova is the head of the Alliance of Heterosexuals for LGBT-rights. She said that the initiative is just a continuation of the negative politics of the Russian government toward LGBT-people.

“I of course view this initiative negatively – they are again using children as a coin in their political games to promote some ideology which from my point of view is absurd, wild and backward”: 13

Given the timing of the new anti-LGBT measure during the Olympics, when global attention is focused on Russia, Tsymbalova expects a worsening of the environment for lesbians and gays after the games end, particularly with respect to children.

“Those same-sex families that exist in Russia – despite all homophobic politics there are a lot of such families – more and more of them have to go underground, hide, because they are afraid that tomorrow they will start to take their children away.”

The ban on adoption by LGBT people could be extended to all LGBT activity, Tsimbalova says.

“We all have bad anticipations now. We fear of what will happen when the Olympics end. It’s not the only worries, the new restrictions in the sphere of “propaganda law” are possible, the new attempts to exclude LGBT-activists from public space, and on the whole to take the LGBT theme away.”

Other sources say that the fact that there were so few single people who adopted from abroad shows that the move is purely political.