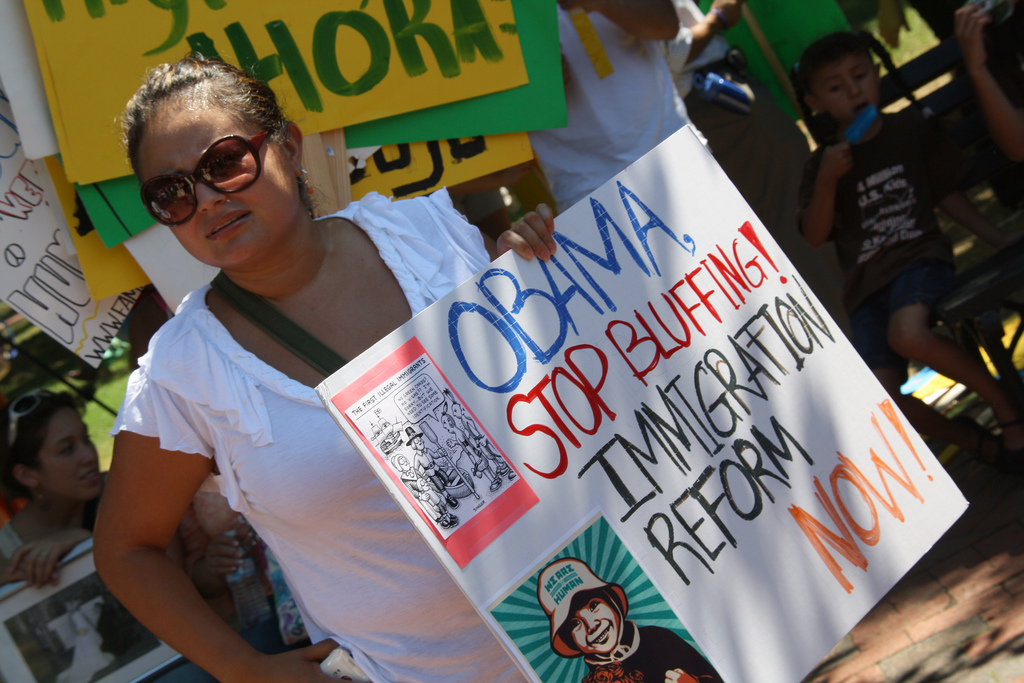 In an update to a story we’ve been following, immigrants detained at two different facilities operated by the GEO Group continue their hunger strikes. The action in the Tacoma, Washington facility has attracted the attention of lawmakers, while some protesters at the Texas center have been deported. Shannon Young reports.

On Monday, around 70 detainees began a second wave of hunger strikes at the Northwest Detention Facility in Tacoma, Washington. One detaine, Jesús Gaspar Navarro, has refused food since March 7th when a reported 750 detainees launched the first hunger strike at the facility.

In a recorded message dated March 17th, Navarro told the Texas hunger strikers to stay strong, to not give in to intimidation, and that what they are doing is worth it because it’s for the sake of their families.

Supporters say Navarro is now being held in medical isolation.

Seattle-based immigrant rights activist Jessica Ramirez says the hunger strike at the Tacoma detention facility has grabbed the attention of some local politicians: “Congressman Adam Smith – who visited the detention center last Thursday along with representatives from [Senator] Patty Murray’s office, a representative from [U.S. Representative] Suzan DelBene’s office, the Tacoma mayor –  he issued a statement on Monday talking about how he is going to work on legislation that would help mandate certain regulations for detention centers.”

Ramirez is part of a solidarity network that maintains a presence outside of the facility. The group often includes the participation of those visiting relatives in detention. “It’s been really great,” she said of the regular gatherings. “From 12-5, Monday through Saturday, people are there really to just show a presence to the people who are detained that we’re out and we’re supporting them.”

Advocates for immigration reform will hold a major rally outside of the Northwest Dentention Center on April 5th as part of a national day of action against deportations.

Meanwhile, the hunger strike the GEO-owned Joe Corley Detention Facility in Conroe, Texas is in its tenth day. Information about the number of detainees participating in the action is unclear, but a lawyer who visited the facility put the number at around 50 hunger strikers last Friday.

Speaking by cell phone on her way back from a press conference, Diyadera Treviño of the Texas Undocumented Youth Alliance said some detainees from the Joe Corley hunger strike were recently deported to Mexico and Honduras. “ICE and Geo have themselves identified people as leaders,” she explained. “We’ve received calls from people they have already deported that are at the Instituto Tamaulipeco and Casa del Migrante in Nuevo Laredo who have called us and said ‘I was amongst the men participating in the hunger strike and I was intimidated and forced to sign my deportation removal [order].’ And these guys are calling in and stating that there is no leader that ‘we all decided for ourselves.'”

The wife of Texas hunger striker Ruben Rodriguez says officials notified her husband that he is now facing deportation,  although he was not slated for removal before the hunger strike started. Rodriguez was in the process of an appeal and, according to his wife, he believes the deportation order is in retaliation for his participation in the protest.

Many of the detainees at the Joe Corley Detention Center have families in the Houston area and have been locked up for months as they challenge or appeal their cases. As with the Tacoma hunger strikers, the top demand of the Texas detainees is an end deportations that separate families.

Immigrants rights groups preparing for the nationwide actions on April 5th say President Barack Obama can put an end to the deportations by signing an executive order.