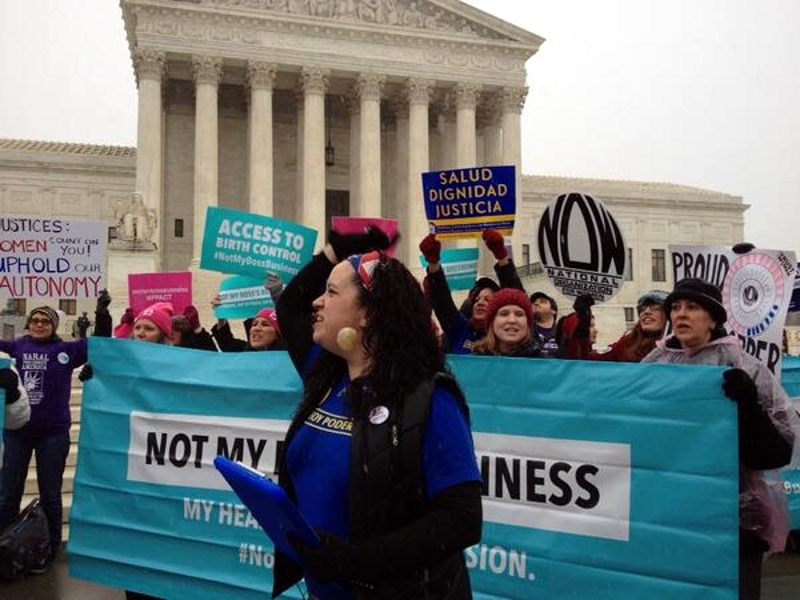 The US Supreme Court heard oral arguments Tuesday morning in a case that will likely decide if secular, for-profit companies can opt out of parts of the Affordable Care Act – also known as Obamacare – on religious grounds. At the heart of the cases is access to birth control.

The Hobby Lobby chain of arts and crafts stores and furniture manufacturer Conestoga Wood Specialties are challenging a provision within the Affordable Care Act which considers contraception essential preventative healthcare. Their lawyers argue having to pay for access to emergency contraception and intrauterine devices – or IUDs – violates their free exercise of religion under the Religious Freedom Restoration Act. Religious non-profits are already able to opt out of providing comprehensive reproductive health care coverage to their employees.

In a video released by the American Civil Liberties Union, its Deputy Legal Director, Louise Melling, explained the significance of the case and why her organization filed a friend of the court brief supporting the government-mandated access to birth control.

“This case poses big questions like weather for profit corporations can exercise religion within the meaning of a statute. It poses big questions about what religious freedom means and what its limits are. And it poses big questions about whether that understanding of religion is sufficient to overcome the government’s interest in women’s equality and health and discrimination. We filed a brief in this case arguing that this case was basically simple in that Hobby Lobby doesn’t have a claim that would entitle it to exclude its employees. Religious freedom in this country means you have a right to hold your beliefs, but you don’t have a right to impose them on others.”

All of the female justices strongly questioned the position of denying all forms of birth control to female employees. Many observers of today’s hearing say the outcome of the ruling will rest on the swing vote of Justice Anthony Kennedy.