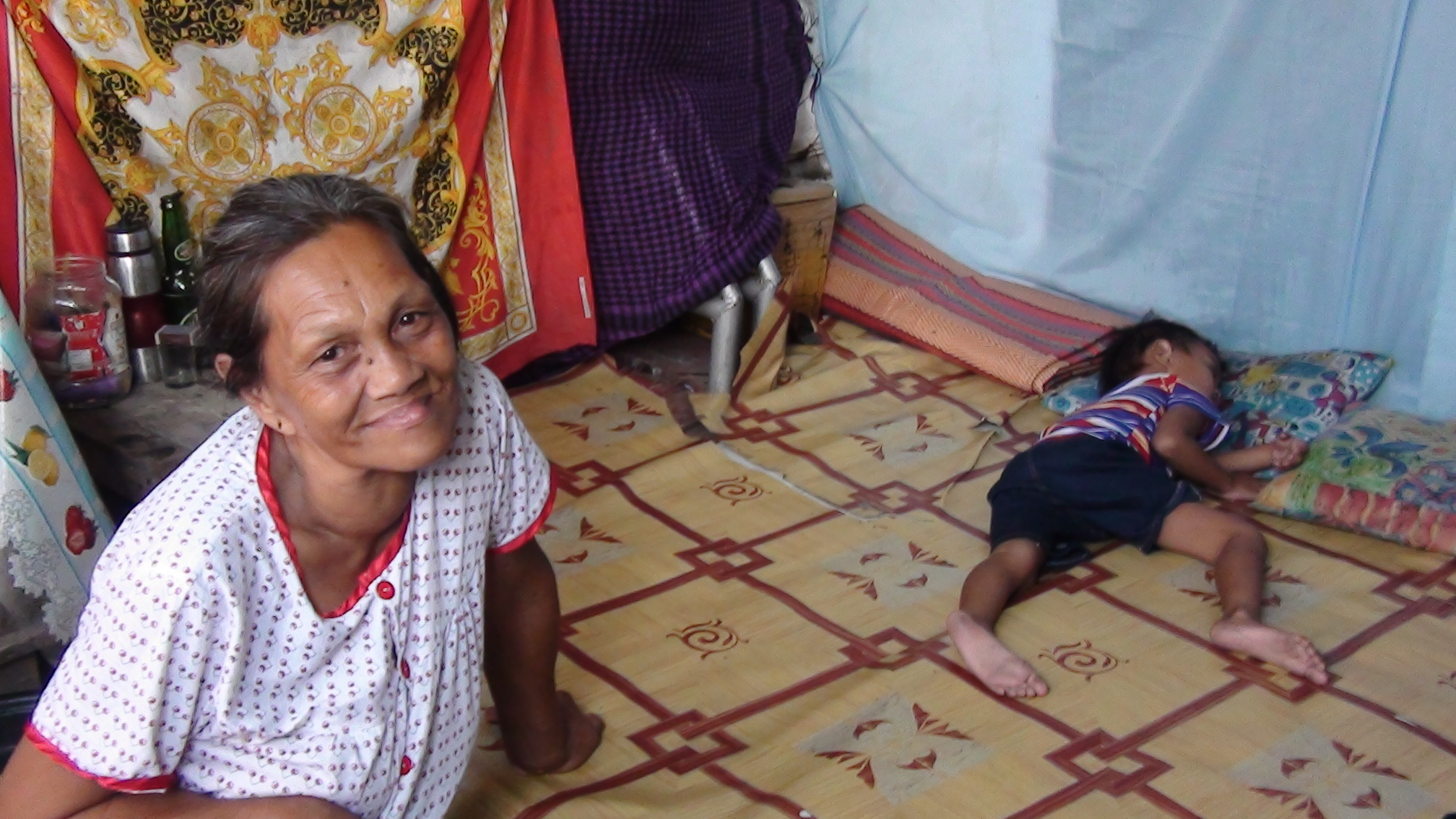 Sara and grandson at evacuation center

The Philippines government and the country’s largest Muslim rebel group, the Moro Islamic Liberation Front recently completed a peace deal at a ceremony held in Kuala Lumpur, officially ending a 40-year conflict that cost 150,000 lives. The terms of the agreement provide for a new autonomous region in the south where Muslims are a majority in a mainly Catholic nation. Madonna Virola reports from Zamboanga City, where thousands of people, many of them children or elderly, are still struggling to live after the Misuari faction of the rebel group Moro National Liberation Front sieged the city in September last year.

Sixty year-old Sara is among thousands still living at the evacuation center at the Joaquin Enriquez Memorial grandstand. “My 3-year-old grandchild died from diarrhea during the war,” says Sara, adding that several other children there are also sick. “I wish old people like me could take the suffering for them because we’re old anyway. But we don’t have a choice. Even our relatives are in this kind of situation.”

Last September, they awoke to the sound of gunfire as the Misuari-led faction of the Moro National Liberation Front (MNLF) attacked government soldiers. The militants tried to install the flag of the self-proclaimed Bangsamoro Republic at Zamboanga City Hall. Insurgents occupied several villages, held hostages to shield them from military and police forces, burned down houses and paralyzed the city for three weeks. The clashes displaced more than 100,000 people, forcing them to seek shelter in places like this stadium.

According to city health officer Dr. Rodel Agbulos, many children have died here because of diarrhea and malnourishment, adding the main problem is environmental sanitation, notably among the tribal Badjaos. “They’ve been used to living where they came from, along the seashores,” explains Agbulos. “Even very basic hand washing had to be introduced to them. There are now also cases of dengue fever, we have registered 20 cases already. We know that the preventive measure is just cleaning up the environment, and looking for breeding places of the mosquitoes.”

Dr. Agbalos says the local government is holding regular meetings of the concerned agencies, conducting clean ups, constructing bunk houses to provide shelter from the sun and rains, and reducing the overpopulation at the evacuation center through relocation activities.

Despite these efforts, more than 100 people have died in the camp, mostly children.

The Red Cross has an office in the red zone where fighting occurred. “We facilitate the discussion, while the evacuees are the ones who identify their problems and ways to solve them to improve their health and condition,” explains nurse Joy Ventura Paalisbo, who recently graduated and has volunteered to supervise health and hygiene. “Step by step, it takes so much effort, dedication to find volunteers who are wiling to help. That’s why we’ve invited IDPs to become volunteers.”

The IDPs, or internally displaced people, prove to be effective health advocates. Evacuees are given food and cash in exchange for work, like cleaning up the camps.

While recovery is ongoing, analysts say it’s possible that the war may yet resume.

Catholic Jesuit priest and anthropologist Albert Alejo is in charge of the social action program at Ateneo de Zamboanga University. He was a member of the crisis management committee of the local government when the war broke out. “We’re not constructing just physical houses, but we have to reconstruct, mend the social fabric that attends to the wounds; emotional, social, cultural even spiritual,” he says, adding that response to the crisis entails critical and creative analysis and very careful solutions. “Rehabilitation should be part of healing, it should not produce new conflicts. We have to listen to the people who will be affected by the decisions on rehabilitation. I’m happy that the project now is towards onsite redevelopment.”

But Alejo warns that indigenous groups must be respected and their ancestral domain protected. Further, he calls for Philippine citizens to hold the government fiscally accountable. “The next thing to do is to make sure the more than 3.5 billion pesos allotted to Zamboanga rehabilitation should really be spent as intended up to the very last peso. Because I’m afraid any semblance of corruption in the rehabilitation program might be construed not just as inefficiency or misgovernance, but discrimination.”

At the evacuation center, 23-year-old Faidalyn Aplasin hopes her firstborn child will survive while they’re still living in the evacuation center. “During the war, mortars were falling in front of our house. I was inside, crying and laboring in pain,” she remembers. “The baby was confused whether to come out or not while we were rushing to the evacuation center. Now, I’m afraid my baby will get sick. I take extreme care of him, bathing him three times a day.”

President Benigno Aquino hopes to secure a final peace settlement before leaving office in mid-2016, ending the decades-long rebellion by Muslim groups, during which around 150,000 people died. 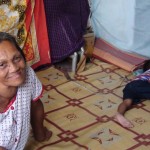 Sara and grandson at evacuation center 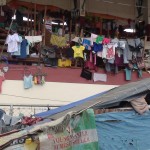 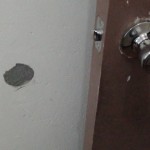