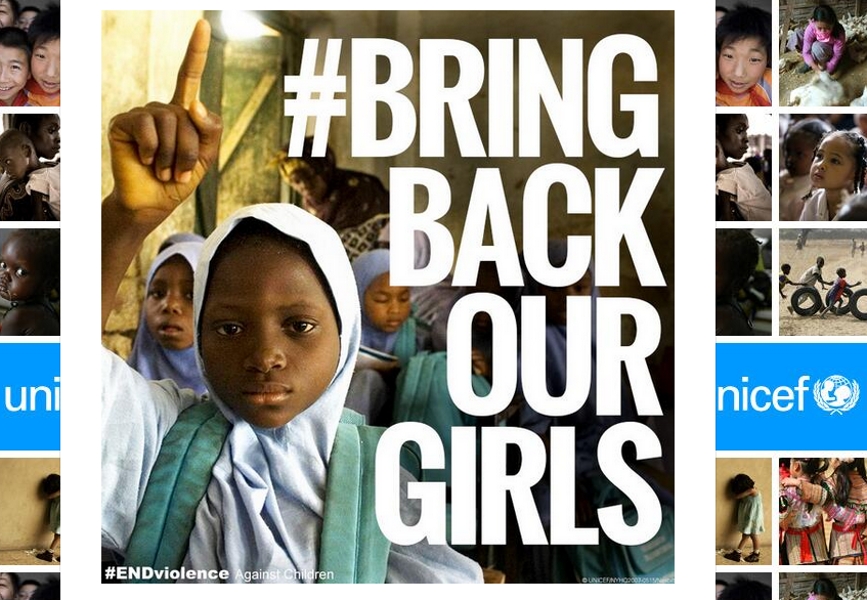 International outrage continues to grow, as do international efforts to help locate more than 230 Nigerian schoolgirls kidnapped weeks ago by terrorist group Boko Haram. The militant Islamist sect has accepted responsibility for the kidnappings, and says they plan to sell the young girls into slavery. The U.S has dispatched a multi-agency team to aid the rescue effort, and California Senator Diane Feinstein says national security officials should release any relevant intelligence information they may have to assist in the search. U.S. President Barack Obama says “this may be the event that helps to mobilize the entire international community to finally do something” against Boko Haram.

Emotions continue to rise in Nigeria as the country’s security forces fail to find the girls who were abducted from their dormitories in Chibok, North Eastern Nigeria. Sam Olukoya reports from Lagos.

In Nigerian cities, and as far away as London and Washington, street protests demand action from the Nigerian government to locate and free the 230 girls abducted more than three weeks ago by members of the militant Islamist group, Boko Haram.

The protesters and the parents are angry that the Nigerian government failed to react immediately after the mass abduction. Martha Yarama Ndirpaya is one of the parents that joined the protests.

“They have been promising us that these girls will be found, but up till today, up to this moment that I am talking, nothing has been done,” Ndirpaya says, adding, “No single security personnel has gone to that bush to look for these girls as I am talking now.”

Boko Haram, the Islamist group behind the abductions, is fighting for the imposition of Sharia law in Nigeria.

On Monday, Boko Haram released a video taking responsibility for the abductions and stating its intent to sell the girls into slavery. Many believe the Islamist group plans to force the underage girls into marriage.

This has only deepened the anxiety of the parents of the missing girls. This man, who asked not to be identified by name, is one of the parents.

“We don’t know what is happening to them. The parents at home cannot do anything; some refuse to eat,” said the distraught father. “Please we are begging the federal government of Nigeria, please we are begging our army, which we depend on please intervene into this matter for us.”

Some say the lack of swift government action may even be encouraging the militants. News of another group abduction came to light this week. At least 11 girls were taken when Boko Haram attacked a Nigerian village near the Cameroonian border on Monday. Some reports put the death toll from that attack as high as 300.

Violence in northeastern Nigeria has spiked in recent months in the context of a Boko Haram offensive. Amnesty International estimates around 1500 people were killed in the region in the first three months of this year.

President Goodluck Jonathan imposed a state of emergency on the region a year ago. Izad Wankee, who attended a recent protest against Boko Haram’s abduction of school girls, says the government’s approach has been ineffective.

“The government should focus, focus on people, people are dying, people are losing their lives people are scared and they need to provide succor now,” said Wankee. She implored the government to “give us hope, some sort of hope, any sort of hope because fear is a very difficult emotion to control.”

The mass abduction of schoolgirls has prompted international outrage. The United States has sent a team of law enforcement officials, military personnel and experts in hostage situations to Nigeria as part of the rescue effort. Britain, France and China have also offered assistance.