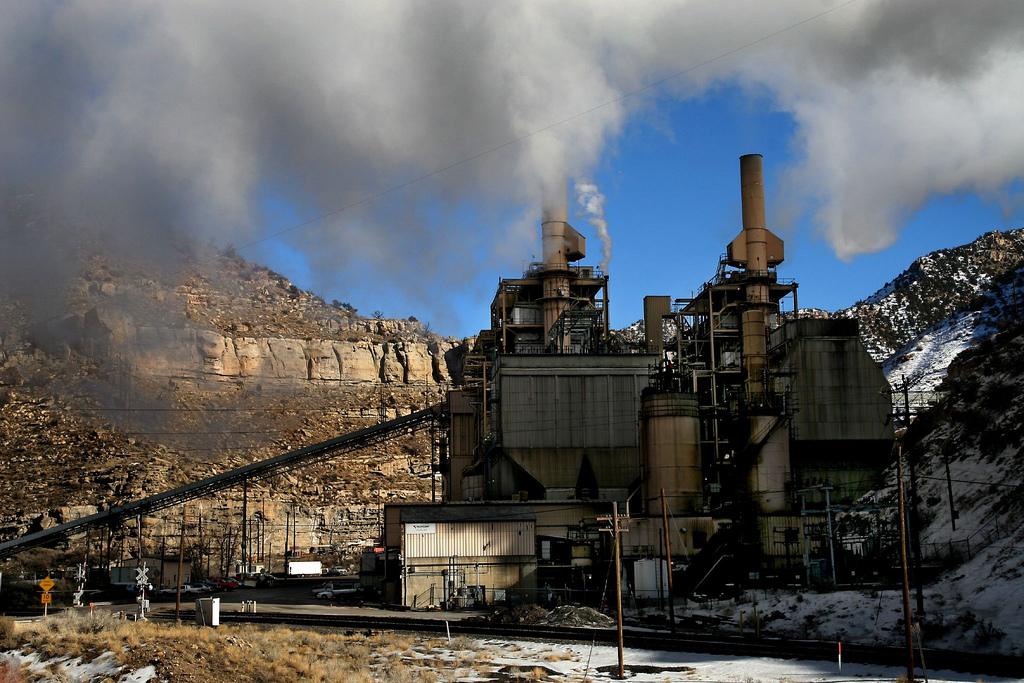 “Our plan aims to cut energy waste and leverage cleaner energy sources by doing two things. First by setting achievable enforceable state goals to cut carbon pollution per megawatt hour of electricity generated. And second, its laying out a national framework that gives sates the flexibility to chart their own customized path on how they meet their goals.

“All told, in 2030, when states meet their final goals, our proposal will result in 30 percent less carbon pollution from the power sector across the United States in comparison to 2005 levels.”

Administrator McCarthy stressed a state­-by­-state approach to meeting the proposed cuts. Power plants are responsible for about 40 percent of US carbon dioxide emissions. McCarthy called the science on climate change “clear” and action to reduce emissions a “moral obligation.” Further, she addressed the disproportionate harm based on socioeconomic status. “This is also about environmental justice, because lower income families and communities of color are hardest hit.”

But some say the rules don’t go far enough. While supporting the proposal in general, many environmental groups question the use of 2005 levels as a baseline, pointing out that some of the target reductions have already occurred.

McCarthy hammered home the public health affects of climate change, and both the human and economic benefits of achieving the target reductions. Joining to discuss the effects of climate change on human health is Dr. Alan H. Lockwood, former President and current National Board Member of Physicians for Social Responsibility, and Emeritus Professor University at Buffalo, Neurology, Nuclear Medicine, and author of a book on coal called “The Silent Epidemic: Coal and the Hidden Threat to Health.”

Nell Abram: First, what are the most serious public health effects of coal-­based energy, and which communities are most at risk?

Dr. Lockwood: If you were to look at death certificates, and if inhaling coal­-derived pollutants was was registered on a death certificate, you would find it would be easily in the top ten causes of death in the United States. These pollutants have been linked very convincing manners to heart disease, cancer, respiratory diseases, stroke and now threes beginning to be evidence that Type II
Diabetes and Alzheimer’s Disease may be linked to exposure to these dangerous pollutants. As Administrator McCarthy said in her presentation this morning, its going to be people of color, children, the poor, disadvantaged social-­economic groups are the most vulnerable. And that’s across the board as climate change takes an increasing toll of the health of Americans and people worldwide.

NA: Some green groups say that the reduction goals are overstated in the proposed rule because there have already been cuts in the years since the 2005 baseline was set. Have we seen an improvement in related public health issues during the same period?

Dr. L.: Every increment in air quality brings about an improvement in health. And these are improvements that are seen across wide variety of diseases, ranging to kids with fewer attacks of asthma, adults with fewer respiratory problems,. And now as climate change gets a grip on the United States and other countries, we’ll see fewer instances of heat­-related death. Heat-­related deaths are the leading cause of death due to weather disturbances in the United States.

NA: EPA Administrator McCarthy talked today about alternative energies like solar and wind, but she also said that coal and natural gas will still play a large role in a national energy strategy that the states will define. Late last week, North Carolina fast-tracked a bill that blocks local governments from banning fracking. Governor Pat McCrory says he will sign the measure. What are the public health effects related to fracking and do you see an increased reliance on natural gas a net improvement?

Dr. L.: Well it’s true that burning natural gas produces less carbon dioxide per unit or electricity produced than burning coal, so that part of the statement is true. But natural gas poses other threats, and that’s the escape of the gas from well­heads, pipelines, distribution systems in cities. When this methane goes into the atmosphere it’s more than 80 times more powerful than carbon dioxide as a global warming gas. There are some experts who believe that methane is at least as potent a global warming gas in its net effect as carbon dioxide. But make no mistake about it, getting control of carbon dioxide, is an important first step in getting a hold of this climate change problem that’s threatening the health of everyone.

NA: That was Dr. Alan H. Lockwood, former President and current National Board Member of Physicians for Social Responsibility, and Emeritus Professor University at Buffalo, Neurology, Nuclear Medicine, and author of a book on coal called “The Silent Epidemic: Coal and the Hidden Threat to Health.”

The EPA will now take public comment for four months. Public hearings are scheduled for the week of July 28th in Denver, Atlanta, Washington, DC and Pittsburgh and the agency expects to finalize the rule in June of 2015.