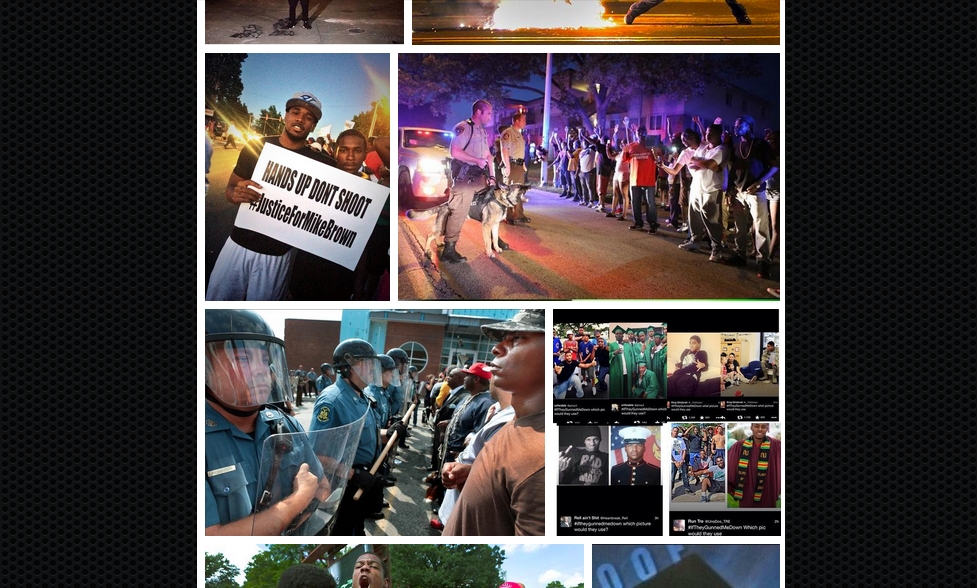 Screenshot of results of a Twitter search of images circulating under the #JusticeForMikeBrown hashtag on Aug. 13, 2014.

Protests and vigils continue for a fourth day today in Ferguson, Missouri after an unnamed local police officer shot and killed an unarmed black youth, 18-year-old Michael Brown. Police say the shooting came after a struggle over the officer’s weapon, but eyewitnesses say Brown was shot with his hands in the air. The case has once again raised questions about the use of deadly force by police and the accountability mechanisms available to local communities. Police have responded to protests in recent days with rubber bullets, tear gas and restrictions on night time media coverage within the community. In a press statement released today, Ferguson Police asked that – quote – “any groups wishing to assemble in prayer or protest do so only during daylight hours…”

Nell Abram: First, can you describe what these past few days have been like in St Louis and in Ferguson?

Jon Alexander: The past few days after the shooting …

(Photo Credit: Screenshot of results of an August 13, 2014 Twitter search of the #JusticeForMikeBrown hashtag.)