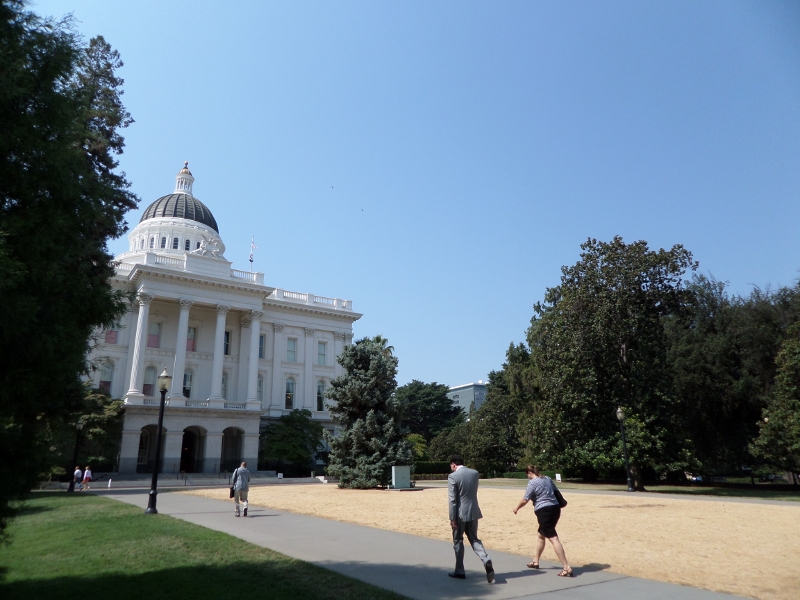 A federal court in Austin heard closing arguments this week in a legal challenge to the a Texas law which would close all but seven of the state’s abortion clinics when it is due to take effect on September first. House Bill 2 – which was famously filibustered on the floor of the Texas State Legislature a year ago – would place expensive requirements on buildings where abortions are currently performed. Those challenging the law argue it places an undue burden on Texas residents who live far from the seven clinics that will be able to remain open after the law take effect. Proponents of the law say that restricting abortions to ambulatory surgical centers helps to ensure patient safety. The presiding judge is expected to issue a ruling before the end of the month.

Meanwhile, reproductive rights advocates in California are supporting a package of bills in the state legislature would, among other things, require health plans to cover all FDA-approved contraceptive methods. As Max Pringle reports from Sacramento, the bills are being debated just weeks after the U.S. Supreme Court’s “Hobby Lobby” ruling, which allowed some employers to opt out of providing coverage for certain types of birth control for religious reasons.

More state-level restrictions on reproductive health were enacted between 2011-2013, than were passed in the previous decade. That’s according to a recent study by the Guttmacher Institute, a public health advocacy think tank.

California legislators are currently considering a package of bills pertaining to reproductive care.

State Senator Holly Mitchell says her bill would close a loophole in the federal law: “The rollout of this specific provision has presented several issues by allowing for the use of the term ‘reasonable medical management techniques.’ The coverage guarantee provides no definition of what this term actually means and as a result serves as a barrier to fair and consistent care.”

Supporters of the bill say insurers receiving payments under the Affordable Care Act would have to provide patients with any FDA-approved birth control method, or risk being excluded from participation in the federal health care program.

Another in the package of bills, SR 55, would issue a resolution that affirms the rights of women to control their reproductive health care choices in the wake of the Hobby Lobby decision. Nourbese Flint is with Black Women for Wellness, a Los Angeles-based healthcare advocacy group. She says it’s a critical time to take a strong stand for reproductive rights. “It’s really important that with everything going on around the country and all the rollbacks that we show that there is a place that is respecting women and furthering and re-affirming women’s autonomy,” she told FSRN. Flint says given California’s size and political clout, any statement of support for reproductive rights would send a strong message to employers thinking of setting up shop in the state.

A third bill, SB 1094, would authorize the state Attorney General to impose reproductive health access requirements on the approval of any hospital mergers in the state. Brianna Pittman with Planned Parenthood Affiliates of California says women can lose reproductive choices when religious groups merge with or administer non-profit hospitals. She added that the bill “will go a long way toward protecting access to our reproductive healthcare, which is an issue we’ve seen in a number of hospital mergers throughout the state recently.”

Similar actions have been reported after mergers with Catholic hospital chains in Washington State, Oregon, Kentucky and Pennsylvania, among other states.

But Kathryn Austin Scott with the California Hospital Association says letting the Attorney General deny mergers based on concerns over denied services could invite legal challenges, which could financially damage hospitals chains. “We will land ourselves in court and, unfortunately and for a purchaser, you can imagine that can be a great deal of uncertainty.”

All three bills are advancing through the state house, which is in its final month of session for the year.