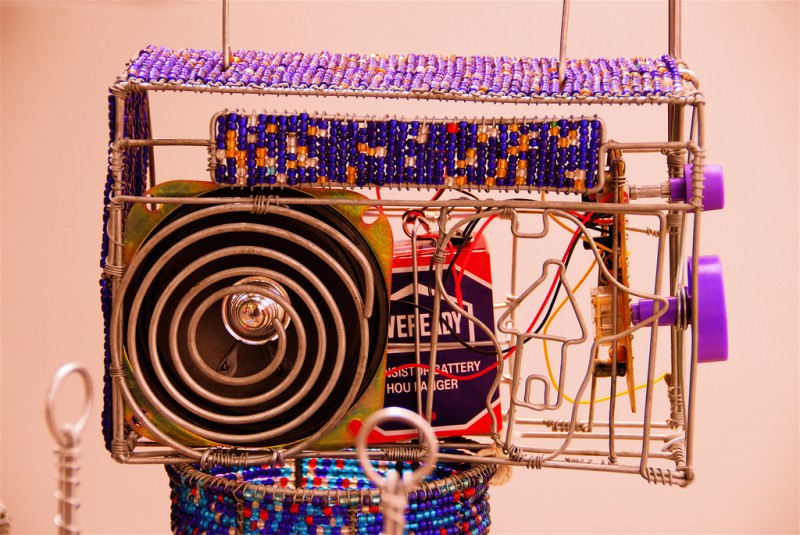 The Ebola virus has suddenly become a policy priority in the U.S. after the death of the first patient diagnosed with the virus in-country. Two nurses who provided care have also fallen ill. One of the nurses even called the CDC to ask if if was safe for her to fly, despite the fact that she had a slight fever. They told her it was.  Now, the CDC accepts that was a mistake and the possibility that the virus may have spread during the nurses travel has heightened the public fear about an outbreak in the U.S.

With the World Health Organization announcing this week that Ebola Virus cases in Africa could reach 10,000 a week in just two months, the U.S. government has announced additional measures to its plan to combat the deadly disease both domestically and in West Africa. Critics say the reaction is too little, too late. Ashley Westerman has more from Washington, D.C.

A Kurdish militia commander in the town of Kobane claims they are pushing the so-called Islamic State out of the Syrian town on three fronts.  In recent days U.S.-led air strikes have hit  ISIS positions around the city which for more than a month has been under siege. The Pentagon claims the air attacks have killed hundreds of ISIS fighters. Meanwhile Turkey refuses to allow the U.S. to launch fighter jets from its military base or allow its own citizens to cross the border and join the fight. That’s led to anger among Turkey’s Kurdish minority and deadly street clashes. As FSRN’s Jacob Resneck reports, Kobane’s fate may be tied to Turkey’s stability.

The Israeli government has provisionally agreed to allow a temporary power plant aboard a Turkish ship to moor off the coast of the Gaza Strip. The Israeli military severely damaged the only power plant in Gaza during its assault on the region this summer.  United Nations’ Secretary General Ban Ki-Moon visited Gaza this week and was speechless at the scope of the destruction wreaked on the region.

Meanwhile, in a recent conference in Cairo, representatives of more than 30 countries pledged billions of dollars in financial support to rebuild the war-torn coastal enclave.

In Gaza, about 50,000 people displaced during the seven weeks of violence are still living in UN shelters while thousands of residential buildings await reconstruction. Among the displaced, hundreds of families are sheltering in temporary metal sheds placed in their communities. FSRN’s Rami Almeghari visited one of the devastated neighborhoods of Gaza and has the story.

In Zimbabwe, a court has ordered the government to halt a program of evictions and demolitions that has already rendered about three thousand families homeless. As the rainy season approaches, it’s unclear if officials will appeal the decision. Garikai Chaunza reports.

On the last day of their legislative session, Pennsylvania lawmakers passed a bill Thursday known as the Revictimization Relief Act. The measure makes anyone convicted of a personal injury crime liable to legal action for public speech which – quote – “perpetuates the continuing effect of the crime on the victim.”

Pennsylvania Representative and former police officer Mike Vereb introduced the measure after political commentator, author and FSRN contributor Mumia Abu Jamal delivered a commencement address at Vermont’s Goddard College on October 6th. Prison Radio recorded the speech over the phone and the audio was replayed to the graduating class of 23 seniors.

Mumia Abu Jamal continues to advocate for prison and sentencing reform, and his audio commentaries on a wide variety of topics are heard on radio stations around the country and online, including at FSRN.  According to  Noelle Hanrahan, Director of Prison Radio and Mumia’s producer, the loosely worded measure is likely unconstitutional.

“It’s very likely that it will be defeated, but the cost to both our First Amendment rights during the process of it’s defeat will be extreme. This bill will be signed into law by Governor Tom Corbett. And if they are successful in implementing it, very quickly a judge within Pennsylvania can issue an injunction and stop reporters from having access to inmates. So, this could come quickly. We probably have to file a lawsuit preemptively to stop it from its implementation, otherwise we are looking at losing speech until we can get through the court system. And the Pennsylvania court system and the federal court system are in fact very anti-prisoner. It could take a long time, and we are losing a lot of ground.”

Hanrahan says this bill is about much more than protecting crime victims, its about removing voices from the public debate about the criminal justice system.

“I think we really have to frame it in a different way. This isn’t in fact about the experience of people who are victims of violent crime. Many people in prison are already victims of violent crime. Those who are in prison who are innocent are victims of violent crime. People don’t lose their constitutional rights when they go into prison. The greater import for free speech issues, and First Amendment issues is that we are a criminogenic nation. We are a culture that creates crime. We have the highest imprisonment population in the world, and the conditions of confinement affect everyone regardless of prison walls. So healthcare in prison, the fact the we choose to spend money on prisons versus preschools – that we spend more per capita than any culture on earth. That is a defining thing for everyone.

As journalists, as journalist that records prisoners, we need those voices from inside. This is an attempt by politicians and the Fraternal Order of Police, to warehouse those voices and keep them from the public debate. This is a crucial issue for our culture at this point – it’s really a defining issue. We need to understand what the culture of incarceration is doing to the culture, and we can only do that with first person voices from inside.”

The bill is now headed to Pennsylvania Governor Tom Corbett’s desk. Corbett has indicated he intends to sign. Meanwhile, free speech and prison reform advocates are preparing  to preemptively challenge the law.

In 1982, a jury convicted Abu Jamal of first-degree murder for the shooting death of Philadelphia police officer Daniel Faulkner. The trial drew significant criticism from legal experts due to numerous irregularities.

Abu Jamal spent 30 years on death row, including ten after his death sentence was overturned. In 2011, he was transferred to the general population  at SCI Mahanoy prison, where he is currently serving a sentence of life without parole and consistently maintains his innocence.