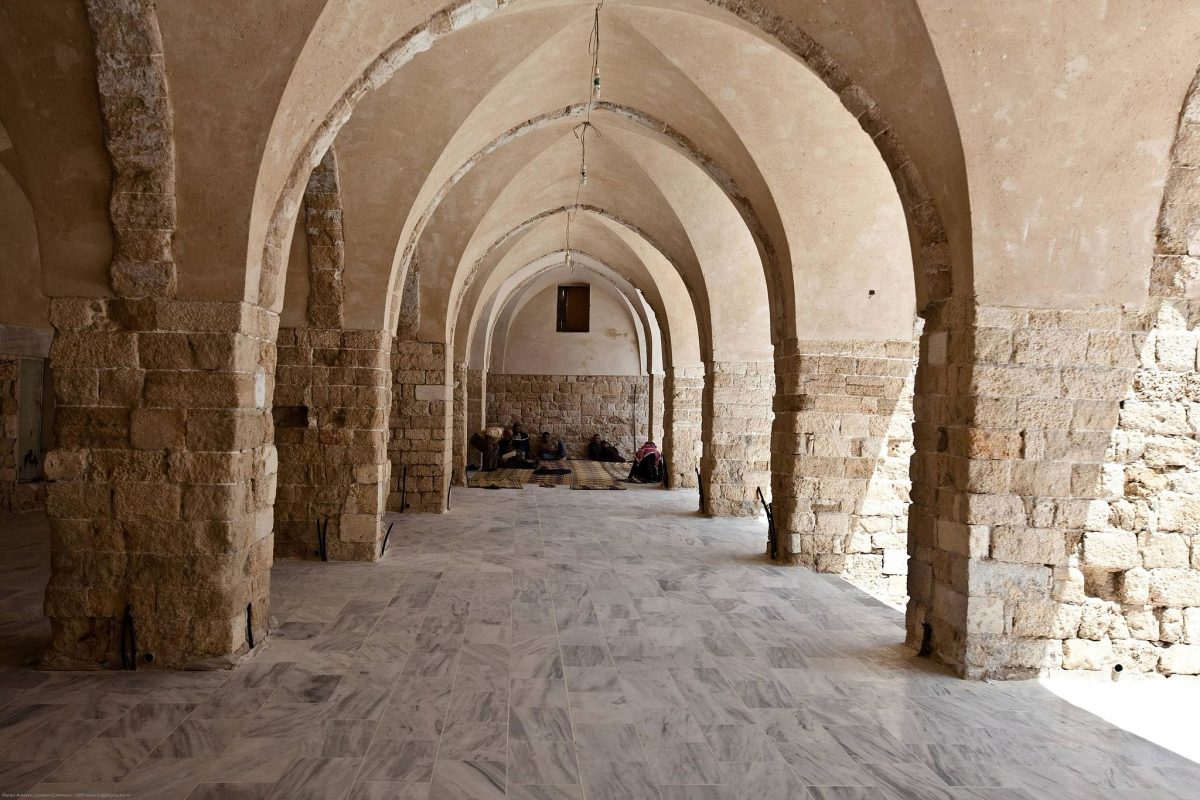 The Gaza Strip has never been a major tourist destination, though before Israel clamped down on the coastal region’s borders, visitors came not only to the beach but to explore the area’s more than 30 ancient sites. But for almost a decade now, tourism has been nearly nonexistent and archaeological work all but stopped. FSRN’s Rami Almeghari has more.

Here at the Rafah hilltop, the largest and most ancient of Gaza’s archaeological sites, three workers use primitive tools to excavate artifacts that can be traced back some 4,000 years. But ever since the Israeli siege of Gaza in 2007, these historical relics have been all but abandoned by foreign delegations and international tourists.

“In the past, foreign archaeological expeditions interested in maintaining and excavating these sites, especially tourists and journalists from France, would come to Gaza,” says As’ad Ashour, a leading Gaza-based historical researcher. “But Gaza is a small region, and with the ongoing instability here and the frequent wars, it can’t be considered a tourist destination.”

The region is home to dozens of significant archaeological sites, including the Pasha Palace, the Byzantine Church and the Barqouq Castle. Ashour explains that throughout history, Gaza fell under various rulers including the Romans, the Greeks, the Egyptian Mamluks and the Ottomans. All left behind signs of their presence, from shards of pottery to ancient mosques.

Many of the remaining historic structures reveal the ongoing instability and frequent wars here. According to the Gaza-based tourism ministry, both the 700-year-old Pasha Palace and the 300-year-old Ottoman mosque (also known as the Ibn Utman mosque) were damaged during the 2014 Israeli offensive in the region.

Marwan Shehwan owns a private museum, located in Khan Younis, a city in the southern part of the Gaza Strip. There are no publicly operated museums in Gaza and just a few that are privately-owned, like Shehwan’s. He describes some of the antiquities in his collection, including clay pots and swords dating back as far as 5,000 years.

“I began collecting artifacts in a market place, when I found an ancient clay-made water jug,” recalls Shehwan. “Afterwards, when I traveled to Rafah city for work, I asked people about ancient items and collected all these things that you now see.”

And much more is likely yet to be discovered in Gaza, remaining buried by both time and conflict. In early April, a construction crew breaking ground for a shopping center unearthed an ancient Byzantine church. Yet work on the shopping center continues, with no plans to pause for any further excavation. And even if there were, recovering and preserving newly discovered antiquities proves challenging.

Hiyam Albitar is a senior staff-member with the tourism and archeology ministry. She says the siege has largely stopped archaeological reconstruction and maintenance projects in Gaza.

“We lack white cement and some of the chemicals used in brushing and cleaning metal items. Of course the Israelis argue that such substances are dual-use, and could be used in activities other than antiquities maintenance,” Albitar points out. “These include some alcohols like ethyl or ‘C2H5.’ And we don’t have the advanced equipment we need to locate antiquities within the various sites.”

And with so few people coming to Gaza to either work on or visit these significant historical sites, the ripple effect is felt in the local economy as well. According to Gaza’s tourism ministry, prior to the Israeli siege the tourism sector contributed about five percent of the region’s GDP. Now, because of current conditions it’s no more than two percent.

In 2011, Palestine gained admittance to the UN’s Educational, Scientific and Cultural Organization – or UNESCO. Efforts are underway to get significant Palestinian historical sites designated as UNESCO World Heritage Sites, but none of them are in Gaza.

Back at the Rafah Hilltop, limited excavations continue. But with most of Gaza’s historical sites falling into disrepair through lack of proper maintenance and physical stressors in repeated wars, perhaps those sites still undiscovered are safest left as is, for now.