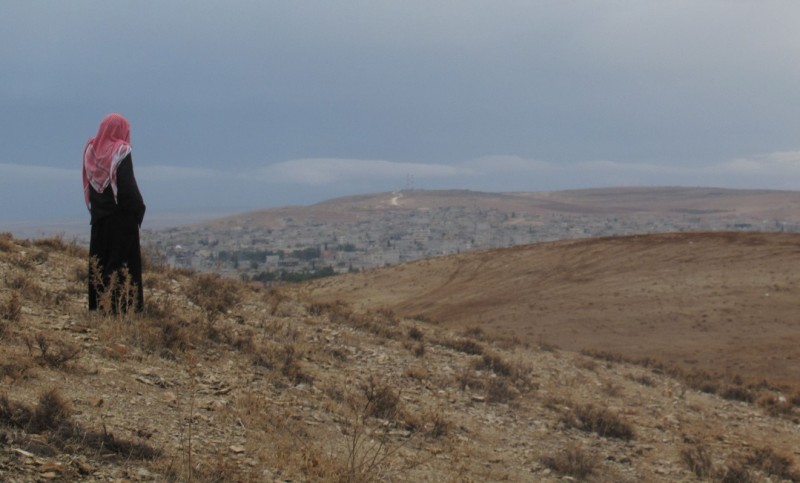 A Kurdish militia commander in the town of Kobane claims they are pushing the so-called Islamic State out of the Syrian town on three fronts.  In recent days U.S.-led air strikes have hit  ISIS positions around the city which for more than a month has been under siege. The Pentagon claims the air attacks have killed hundreds of ISIS fighters. Meanwhile Turkey refuses  to allow the U.S. to launch fighter jets from its military base or allow its own citizens to cross the border  and join the fight. That’s led to anger among Turkey’s Kurdish minority and deadly street clashes.  As FSRN’s Jacob Resneck reports, Kobane’s fate may be tied to Turkey’s stability.

Ahmet Acar is the 70-year-old caretaker of a rural cemetery outside of the Turkish border town Suruc. His usual job, he says, is to look after the landscaping and keep the children and sheep out of the small graveyard.

But recently there’s been a lot of activity here.

He points to more than 20 freshly dug graves. Just two of them are for local people, the rest are from just over the border with Kobane. There’s a war on, he remarks sadly.

At a hill in Turkey overlooking Kobane, 45-year-old Rashad Mahmoud arrives with friends to see if it might be safe to return. The fighting has audibly decreased with less gunfire heard as a fighter jets circle overhead. Mahmoud remains frustrated with Turkey for keeping the border closed.

“Of course Turkey is against the Kurdish people; they’re preventing us from crossing because they accuse of helping the YPG,” he remarks. “But we’re thankful for the airstrikes helping Kurds resist ISIS.”

The YPG is a Kurdish militia and sister organization of the PKK guerilla group that has been fighting for rights of Kurds in Turkey since the 1980s. It’s been a bloody fight with more than 40,000 killed in the conflict.

“People in Turkey don’t understand the very close relationship between Syrian Kurds and the Turkish Kurds how they had been separated by an artificial border,” says Cengiz Aktar, a political scientist with the Istanbul Policy Center. “All borders are artificial, but this one is more even more. It divided regular villages into two. It’s the same people actually. They speak the same language they are intermarried, etcetera. So they consider these three semi-autonomous cantons of Syria as their country.”

At a nearby border village, Turkish soldiers are arguing with a group of men with bags of groceries. The soldiers are preventing the men from crossing and in the distance a line of people are pressed against the fence on the Syrian side.

One of the soldiers explains in Kurdish that he has orders not to let people cross because they might join the YPG. He seems sympathetic but orders are orders.

Turkey’s refusal to lend assistance to the Kurds or coordinate with the U.S.-led coalition against ISIS has frustrated its allies and infuriated many of its own people.

Riots broke out in southeastern cities last week. At least 35 people died, killed in street clashes between rival groups and at the hands of security forces.

The Pentagon has neither confirmed nor denied the report.

Kobane has become a red line issue for Turkey’s Kurds with the PKK’s leadership warning that if it falls into the hands of ISIS the ceasefire would collapse. In an escalation, Turkish jets attacked PKK positions this week but Ankara insists that its road map to peace would be unveiled soon.

Nurettin Baykal, a 55-year-old activist from Izmir, says it’s all smoke and mirrors.

“One and a half years talking peace process but no peace – nothing on the paper,” says Baykal. “We have a saying, ‘The Ottoman Empire is all shifty.’ Just they’re talking, but they’re not doing anything.”

As Kurdish fighters hold out against ISIS fighters with American jets circling overhead, the battle for Kobane is  tied  not just to  the fate of Kurds in Syria — but also to the overall stability of its neighbors.