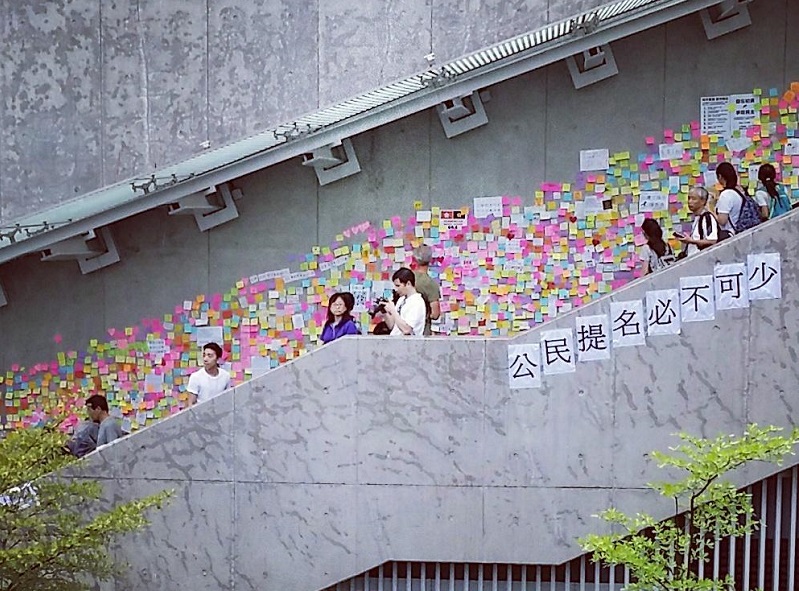 Massive pro-democracy protests in Hong Kong turned violent Friday. The student-led protests began last week, triggered by Chinese authorities’ announcement that only approved candidates would be placed on the ballot in the region’s 2017 elections. The vote will be the first polls in Hong Kong since the former British colony was transferred to Chinese rule in 1997, and many there fear that Beijing will not deliver on promised democratic rights. Demonstrators are calling for the municipality’s Beijing-backed Chief Executive to resign.

FSRN’s Nell Abram speaks with Samuel Chu from the streets of Hong Kong. Chu, whose father is one of the founders of Occupy Central, travelled from Los Angeles to Hong Kong to observe the protests.