Flood Wall Street case comes to a close in Manhattan 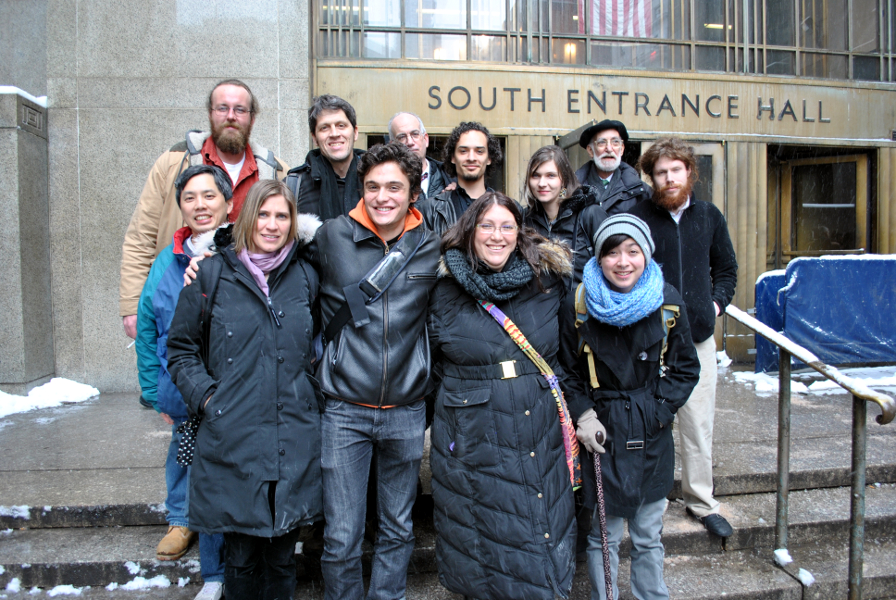 Ten activists who took part in a nonviolent civil disobedience protest in Lower Manhattan ahead of the UN Climate Summit last September stood trial this week for disobeying a lawful order. They were found not guilty Thursday, but not for the reasons they had originally hoped. FSRN’s Peter Rugh has more from New York City.

New York State penal code allows certain case-by-case transgressions of the law in the event that the purpose of the action was to prevent imminent public harm.

This week, attorneys with the National Lawyers Guild asked Manhattan criminal court Judge Robert Mandelbaum to apply this legal principle, known in New York as defense of justification, and reject the charge of disorderly conduct against their clients. They argued that due to the intensifying impact of global warming, the activists had no other choice but to refuse to disperse from the intersection of Wall Street and Broadway, near the Stock Exchange and the headquarters of banks which are underwriting greenhouse gas emissions through investments in fossil fuels.

Throughout the trial, Judge Mandelbaum referred to climate change as a “grave” and “dire”  threat, an acknowledgement that could set a legal precedent for courts to accept climate change as a basic, irrefutable fact in the future. However, Judge Mandelbaum rejected the necessity defense, stating that the threat posed by global warming remains too vague and abstract for defense of justification to apply. Instead he found the activists not guilty because the NYPD had ordered them to vacate the entire area surrounding Wall Street in violation of the their constitutional right to peaceably assemble.

John Tarleton, one of the ten climate activists on trial this week, was nonetheless pleased by the verdict. “We stood up for our rights,” he said. “We also stood up for the climate. I feel like this was incredibly successful. The fact that judicial notice was taken of climate change — that is a breakthrough. Hopefully it will pave the way for another day when defendants will actually win a case on a necessity argument, so I feel we helped pave the way for that.”