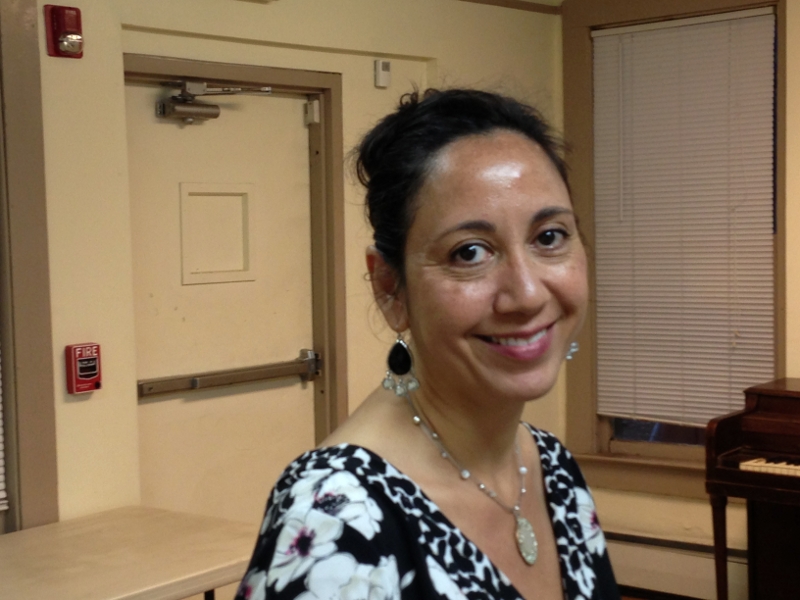 During several months earlier this year, tens of thousands of unaccompanied youth and mothers with children entered the U.S. without documentation, fleeing violence in Central America. Among them were ten unaccompanied youth and a dozen women with young children – mostly from Guatemala – who were arrested at the border and later released on “humanitarian parole” pending a judgment on their asylum claims. They arrived in New Haven, Connecticut where most are living with family members already here, and a few are staying with host families.

Unidad Latina en Accion or Latinos United in Action, a grassroots group in the city that organizes immigrants to fight for their rights, has reached out to local organizations and individuals to help the newcomers fight deportation, apply for asylum and adjust to their new, perhaps temporary, home. FSRN’s Melinda Tuhus reports.

At a recent Unidad Latina training in a local church, organizer Megan Fountain welcomed volunteers and some of the newly-arrived immigrants. She said she used to think lawyers alone could handle the needs of people seeking asylum, but now understands it requires a network.

“Lawyers really love to work with us, but what we provide is this whole system of support so people can really see their cases from start to finish,” Fountain told volunteers-in-training. “We help collect the evidence. We keep people  motivated to go on with their cases, which could go on for years, and people would give up hope without having this kind of supportive community.”

The group holds weekly meetings where immigrants learn to speak out about their concerns and to help each other. That impressed new volunteer Sandra Barron, who brought a big pot of rice and beans, wine and flan for dessert to the training.

As a Puerto Rican, Barron is a U.S. citizen who is fluent in Spanish. She says she and other Latinos can be a bridge to the newcomers.

“I think I can expand my impact by getting my friends to come out and to get this on their radar and then to get them to take the next step and become involved themselves,” Barron commented. “But I also want to become involved with a particular family and to be able to translate and to help them connect with the networks and the resources that are available here for them.”

Unidad’s Fountain says a dozen individuals have each been paired with a recent arrival. One is Nancy Brown, who is a member of the Immigrants Rights Task Force of the Unitarian Society of New Haven. She works with a young woman named Antonia, who arrived about six months ago after leaving Guatemala. Antonia crossed Mexico by riding on top of cargo trains collectively known as La Bestia, or the Beast. The criminal gangs which dominate migration routes through Mexico have made rape and kidnapping a constant risk along the way.

Brown says connecting Antonia with health services has been a challenge.

“She has had no health or mental health services since her arrival, or dental,” Brown told FSRN. “Another thing was, in order for her to get free or reduced price services, she needs to be denied by Medicaid. So we found out how to make that application to Access CT, and she now has the piece of paper saying she can’t be enrolled in Medicaid.”

Another task for the partners is to accompany the asylum applicants to immigration court in Hartford. Brown will be going with Antonia to her appointment in December.

Sixteen year-old Anabelia also rode La Bestia from Guatemala through Mexico. She came with her older brother and is staying with other family members in New Haven while enrolled in a city high school program for English language learners. She says Unidad Latina has helped her to navigate the unfamiliar terrain “in looking for lawyers, in many things. They have really supported me and the school has also helped me a lot.” Anabelia said she and her brother fled from violence and from specific threats against her family.

John Jairo Lugo is co-founder of Unidad Latina en Accion. As a student activist, he fled death threats in his native Colombia in 1986, came to the U.S. without papers and applied for asylum, which was granted in 1990. Now a naturalized U.S. Citizen, he says he recognizes the experience of the new arrivals because “they are escaping violence — some  of them is violence on the street, from gangs, but also violence from corporations that tried to displace them from their regions, especially mining corporations.”

Asked if the U.S. government is likely to accept corporate violence as the basis of an asylum claim, Lugo says he knows of situations in which people who fled from paramilitaries enforcing company land grabs won asylum.

It’s an old story: Gang violence, domestic violence, and economic violence. Those whom the immigration system determines crossed the border for economic reasons are usually denied relief in the U.S., but these immigrants will make a case that their flight from violence should be the determining factor.