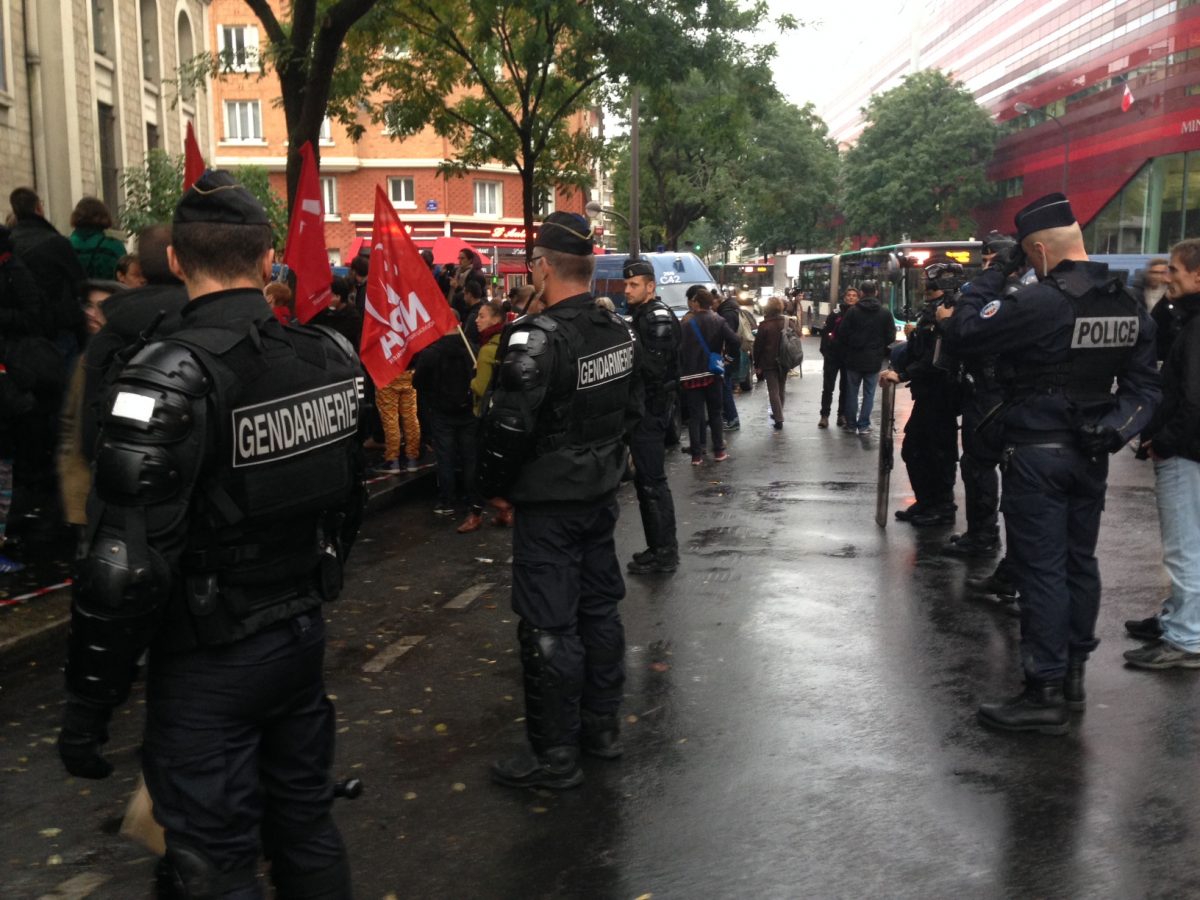 French authorities began closing down the massive migrant encampment in the port town of Calais Monday. Known as The Jungle, the camp was temporary home to as many as 8,000 people hoping to make their way across the channel to the UK. FSRN’s Khaled Sid Mohand reports.

More than 3,000 police officers arrived at the squalid camp early Monday morning to remove more than 6,000 refugees and migrants living in what is known as “The Jungle” – Europe’s largest shantytown. The Calais camp is due for demolition Tuesday.

Those displaced by the police operation were forced to board buses bound for so-called accommodation centers spread across the countryside. The UK has agreed to take 200 unaccompanied child refugees from the camp, leaving 91 other minors behind.

Hundreds of demonstrators gathered in Paris, and sit-ins are taking place in different cities across the country to protest the dismantling of the huge refugee camp that spread out over 1.5 square miles.

“It’s a disaster for the refugees, there is nothing human in this, but the situation after it will be worse,” said Denis Godard, who participated in the impromptu demonstration in Paris Monday. “Already we know that there were some places were refugees were supposed to stay which have been burned, because the people in the neighborhood are racist, they didn’t want them.”

Police have attempted to evict the camp several times this year, but each time the settlement pops back up. Some migrants refused to board the buses after Monday’s operation, determined to remain near the English Channel in hopes that they will find a way to cross.