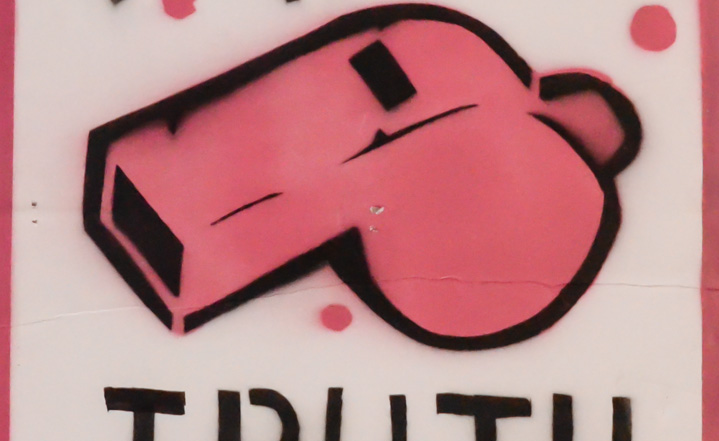 The long-awaited trial of a CIA whistleblower continues this week in a U.S. District Court in Alexandria, Virginia. But the prosecution is going forward without what they’d hope would be their star witness against former CIA officer Jeffrey Sterling. Sterling is accused of leaking details of a secret spy program known as Operation Merlin to New York Times reporter James Risen, who years later published a book on the topic entitled State of War. The operation involved passing flawed nuclear plans to Iran, in an effort to thwart Tehran’s nuclear weapons program. According to Risen’s book, the operation was poorly designed and a total failure.

After years spent seeking to force the Pulitzer prize-winning investigative journalist to reveal his sources, the Justice Department announced earlier this month they would not call Risen as a witness in the proceedings against Mr. Sterling. But prosecutors have called the CIA operative known as Mr. Merlin, who passed the broken plans to Iran, a handful of other CIA officers and even former Secretary of State and National Security Advisor Condoleezza Rice. FSRN’s Nell Abram spoke to Norman Solomon, co-founder of RootsAction.org and executive director of the Institute for Public Accuracy. Solomon has been observing the trial and talked to FSRN from the steps of the District Court.

Nell Abram:  First, let’s catch up. What exactly are the charges against Mr. Sterling and what evidence has the prosecution submitted to support those charges.

Normon Solomon:  There’s a ten count indictment that was filed against Mr. Sterling four years ago, including seven under the Espionage Act. He’s a former CIA officer who was involved in the program known as Operation Merlin, sending or giving flawed nuclear weapon design material to the Iranian government. And the U.S. government is trying to put him in prison for a very long time with the accusation that he provided classified information to James Risen for his book. What we’ve seen now in the first five and a half days of the trial in the courtroom is that the government case is entirely circumstantial and not very strongly circumstantial at that. We have a lot of testimony, often behind screens, from CIA officials drawing inferences that Jeffrey Sterling could’ve been the source of this information to Risen for his book, but there’s really no smoking gun, there’s not even a smoldering gun.”

NA:  According to the book written by James Risen about Operation Merlin, the CIA attempt to sidetrack Iran’s nuclear weapons program was pretty bumbling. And the CIA recently took another hit in the court of public opinion with the release of the so-called torture-report. As you watch the trial unfold, does it seem that the CIA is using this case to shore up public support?

NS:  Well, it’s absolutely a public relations and image damage control effort by the CIA and actually that problem becomes more acute because of the Senate Intelligence Committee report just several weeks ago about the torture program that the CIA was immersed  in implementing and inflicting. In point of fact, one of the aspects of that Senate Committee report is that the CIA’s press office itself routinely leaked classified information in an effort to try to shore up support for the rendition and torture program that it was engaged in. So here you have a situation where a former CIA officer’s being prosecuted for leaking information that made the CIA look bad at the same time that the CIA’s press office was routinely leaking information in an effort to make itself look good.

NA:  A petition on RootsAction.org calling for the government to drop the charges against Mr. Sterling, calling this case “selective prosecution.” Is that what you’re talking about?

NS:  Yes, its very selective not only in terms of the CIA itself from the upper reaches of the organization leaking information, but also we have people like David Petraeus who is known to have leaked classified information, the former general, he has not been charged if he ever will be. W e have the other most recent former director of the CIA  Leon Panetta who is known to have given classified information in the form of a speech where a Hollywood producer was present for Zero Dark Thirty film.  So you know its so tremendously ironic as well as hypocritical that the past two directors of the CIA ere leaking information and they walk free, and this guy is taking the hit in the courtroom here.

NA: Much media attention on this case has focused on the relationship between whistle-blowers and journalists they turn to, few reporters are inside of the courtroom covering the trial itself. What are some important details that have emerged over the course of the trial that will likely be left out of the otherwise  scant coverage.

NS:  I should mention first that quite often there are only four or five reporters in the entire courtroom and two of them today are from ExposeFacts.org; the investigative journalist Martin Wheeler and I from ExposeFacts are trying to provide alternative coverage at ExposeFacts.org and a lot of what we are reporting on and seeking to let people know about that is totally absent from the mainstream media coverage has to do with the fact that the gov case, but that the prosecution is selective and based on all sorts of conjecture, while trying to shore up or give a confident image for a CIA operation that was absolutely dangerous and stupid.  So the fact is that there is a lot of evidence coming out at trial to show that Operation Merlin, far from being well thought out and intelligently done or competently done by the CIA, was actually botched and was done terribly badly, even if you accept the shaky theory of what it was trying to do. I think this is important in part because the CIA was very angry at James Risen for reporting in his book that it’s sort of the gang that can’t shoot straight when it comes to non proliferation efforts. So rather than acknowledge its own flaws and mistakes, let alone its crimes in the case of torture and rendition and so forth, the CIA has doubled down to sort of blame the messenger, or in this case blame a whistle-blower. And, I should emphasize that while Jeffrey Sterling vehemently denies all of the counts of the indictment in terms of being a source for James Risen’s book, nobody questions or disputes the fact that Jeffrey Sterling went through the Senate Intelligence Committee staff to quite properly go through channels and tell them about problems with Operation Merlin, which occurred way back now in the year 2000. So whether or not the indictment is correct or accurate, the fact is the Jeffrey Sterling is a whistle-blower and he’s getting prosecution, I believe, and observers have reason to believe, because he was perceived as a malcontent, that he, in his own initiative, went to the Senate Intelligence Committee staff and told them that something was very wrong in the counter-proliferation division of the Central Intelligence Agency. There’s also the reality that Jeffrey Sterling was one of the few African-American peace officers in the entire CIA, and he was the only employee of the CIA to appeal a loss of an anti-discrimination suit that was turned down within the CIA into the federal court. We have a situation where, for many reasons, the hierarchy of the CIA did not like Jeffrey Sterling. They didn’t didn’t like him because he went to the Senate Intelligence Committee; they didn’t like him because he filed an anti-racism bias suit. And the fact is that one of the main people who handled that suit at the CIA when Sterling was there was a guy named John Brennan, who’s now director of the CIA.

Normon Solomon is co-founder of of RootsAction.org and executive director of the Institute for Public Accuracy. He joined us from the courthouse in Alexandria, Virginia.