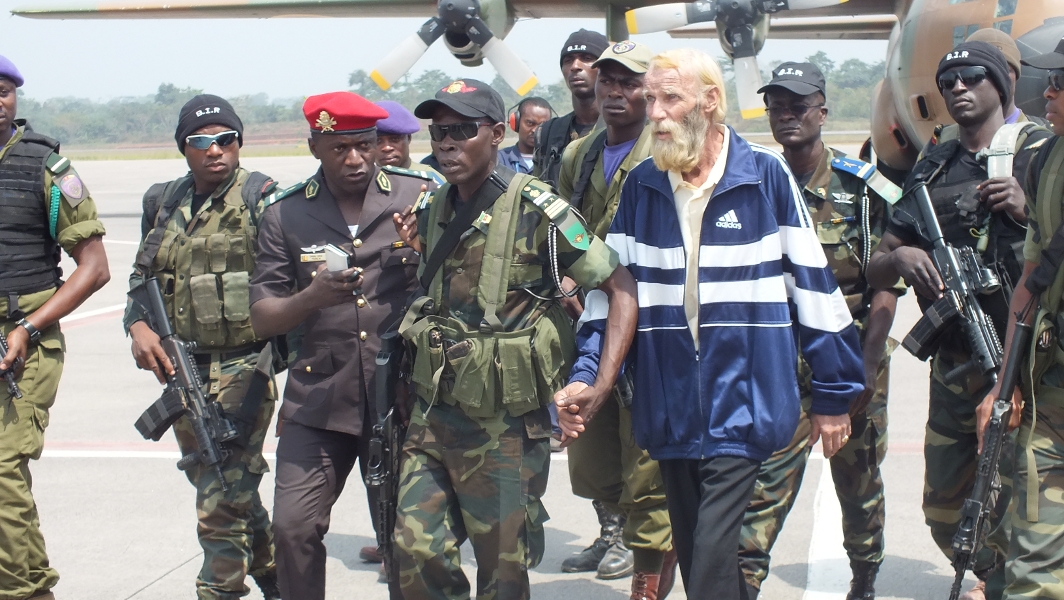 The so-called Islamic State released another video Tuesday, threatening to kill two Japanese hostages if they did not receive a $200 million ransom within 72 hours.  The demand captured the attention of major Western media  just a U.S. President Barack Obama prepared for the State of the Union speech in which he called on Congress to pass new war powers and pledged to hunt for terrorists from Pakistan to Paris. But he did not mention the militant Islamist group terrorizing northeastern Nigeria.

The effects of Boko Haram attacks have spilled over into neighboring countries like Chad and Niger. On Sunday the militant group reportedly kidnapped more than 60 people in Cameroon during a cross-border raid. Cameroon’s military announced 30 had been freed after a gun battle with the kidnappers. Yesterday, a special multinational military operation including the Cameroon Army secured the release of a German teacher who Boko Haram took hostage six months ago. No details were made public about how one Western teacher among hundreds of the group’s African hostages gained release. Ngala Killian Chimton has more from Yaounde.

The military plane delivering the hostage touched down at the Nsimalen International Airport at 11:30 local time Wednesday. Nitsch Eberhard Robert on arrival looked haggard and worn-out, emaciated and unkempt. He had lost more than 100 pounds during his more than six months in captivity. The teacher from Germany expressed his relief.

“I am happy to see all these people around me, who have rescued me and made sure that I survived, because until the last minute, I did not know whether I would survive or I would not survive,” he told reporters at the airport. “It was for me a big problem. Because it was darkness, total darkness, and you see nobody around you, then this is a big problem to say OK, I will survive or not survive”.

Mr. Robert said he was grateful to all those who worked to secure his release, a thank you echoed German ambassador to Cameroon, Klaus-Ludwig Keferstein. “We are very grateful to the presidency of the Republic and to the Secretary General in the Presidency to the Cameroon government, that we could find a solution to this problem of hostage taking,” said the ambassador.

Authorities refused to comment on the circumstances that led to his release, or how and where he was kidnapped in the first place. Robert was taken to the residence of the German Ambassador in Yaounde. According to the ambassador, he will receive initial medical care in Yaounde before he is flown back to Germany for full medical attention.

The hostage release came just hours before the release of a video by Boko Haram leader Abubakar Shekau in which he claimed responsibility for mass killings in and around the northeastern Nigerian city of Baga.

According to human rights groups, as many as 2000 people were slaughtered and Boko Haram remains in control of the region that borders Niger, Chad and Cameroon. In the video, Shekau said the Baga attacks were just the beginning, calling the massacre the “tip of the iceberg.”