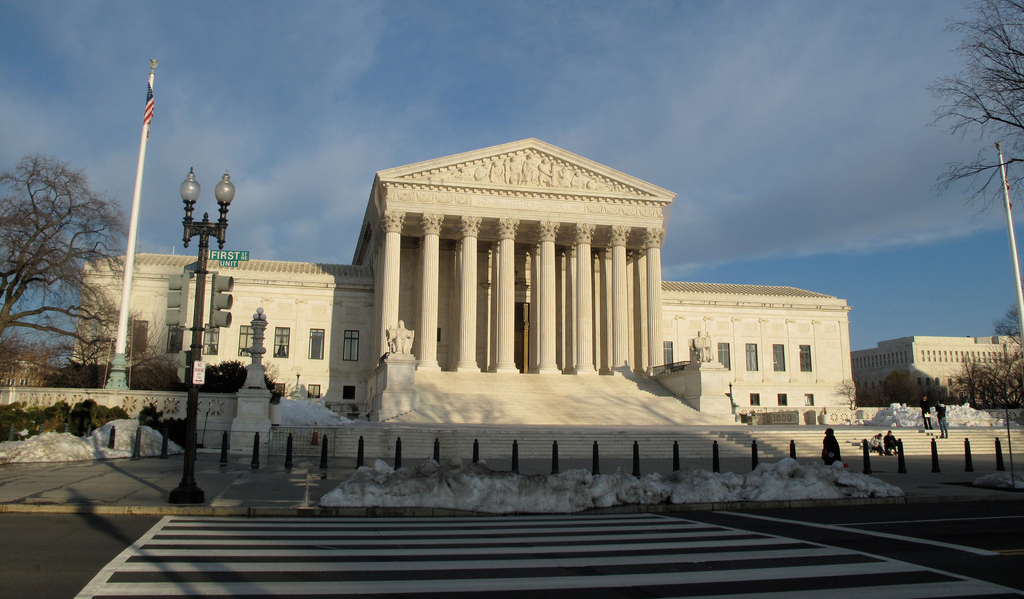 The US Supreme Court heard arguments today in a case that could have broad implications for judicial candidates. Nell Abram reports from Tampa.

The case is Williams-Yulee v. the Florida Bar, and it tackles the issue of who can solicit funds for judicial campaigns, and how they can do it.

Former Chief Justice of the Alabama Supreme Court Sue Bell Cobb says judges fundraising for their own judicial campaigns can be problematic because “the ones that are the most interested in giving are lawyers and litigants who have cases in front of the court.” Speaking from her personal experience running and fundraising in contested elections, Cobb says “a judge asking for the money – whether it’s in writing or face to face – that it certainly is more coercive and damages the independence and impartiality of the courts. I have no doubt about that whatsoever.“

In the case currently before the Supreme Court, a Tampa, Florida lawyer seeking a seat on the bench sent a bulk mail appeal asking for donations. The mailer didn’t raise a dime, but it did raise questions about whether an impersonal mailer constitutes a direct appeal for funds. The Florida Bar ruled that it did, fined Williams-Yulee and publicly reprimanded her. The then-candidate appealed the ruling claiming her First Amendment rights to free speech were violated.

Thirty-nine states require voters to elect at least some judges and elections are expensive. In an attempt to preserve impartiality, or at least the perception of same, the financial heavy lifting is often done by special interest groups and political parties.

According to Matthew Menendez, Counsel in the Fair Courts Project at the Brennan Center for Justice, in most of those states judges are not allowed to directly ask for campaign contributions.  In more than 20 states, including Florida, the ban is very broad. The Florida Bar argues that a broad ban is necessary to protect the integrity of the court and to ensure due process for all who turn to the courts for justice. Menendez adds that “this is a particularly important case for the administration of justice in our country, and what the court decides to do is going to have a lot of ramifications for the entire justice system.

According to the Brennan Center and Justice at Stake, a nonpartisan organization that tracks money and politics in judicial elections, political parties, outside groups, and state Supreme Court candidates spent more than $9 million on TV ads alone in the 2014 elections.

The Court is expected to rule by the end of the session in June.  If Williams-Yulee prevails, it will join last year’s McCutcheon v. the FEC in easing restrictions on political candidates and campaign financing.