As attacks continue, people in Pakistan increasingly speak out against the Taliban 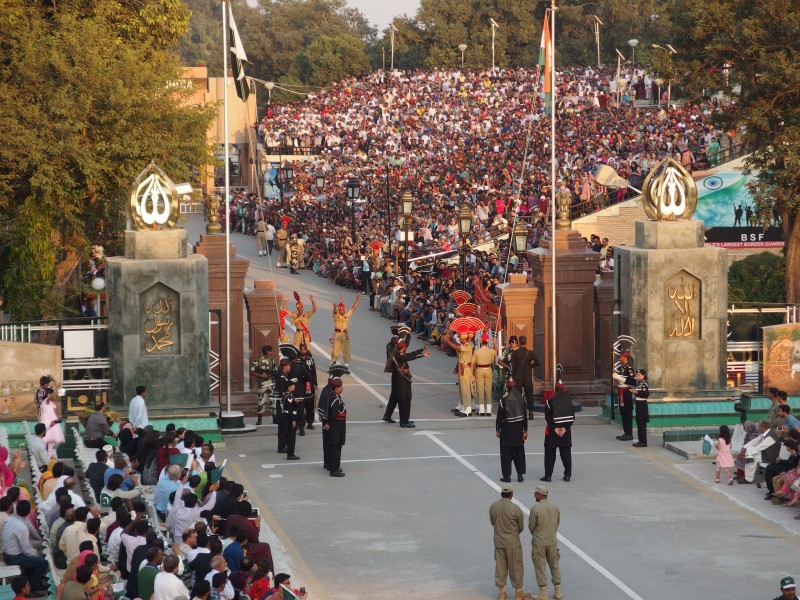 At least twenty-five people died in suicide attacks on both sides of the Pak-Afghan border today. In Afghanistan, attackers donned police uniforms and breached the local police compound, 20 people are confirmed dead. And at least five people died in Pakistan when at attacker detonated in a public area after being blocked from a police building in Lahore. A spokesperson for the Tehreek-e-Taliban said the Lahore attack was in retaliation for Pakistan’s recent executions of convicted Taliban militants.

Areas along the along the Pak-Afghan border on both sides that are dominated by ethnic Pashtuns are often considered hotbeds of the Taliban. Until recently, most locals in the region were afraid to speak out against the cruelty and barbarity of the militants. In public places people remained silent on the issue of the Taliban and criticism in the media was rare. But after two particularly horrific attacks in recent months that seems to be changing. Gabe Matthews finds that people in Pakistan are now speaking out – loud and clear.

Each day hundreds of people come to Wagah, a small village on the border between Pakistan and India, to the attend flag lowering known as the “Beating Retreat” ceremony.

Both Pakistani and Indian soldiers lead parades, and then begin a race to lower their country’s colors. The crowd cheers the soldier who lowers the flag first, symbolically frightening the opposing side.

Taliban militants often target public gatherings and military ceremonies and installations. Until recently, most Pakistanis avoided speaking against the Taliban in public. But after the attack at the flag ceremony and the recent massacre of school children in Peshawar, everyday Pakistanis are much more likely to speak openly against the militants in public places.

TV talk shows in Pakistan come on at 8 pm and are very popular. It’s another place where people now openly criticize the militants. There is often heated debate between religious leaders who support the Taliban militants and those who don’t, like followers of Umar Riaz.

“Can anyone tell me what religion allows the killing of children?” asks Riaz. “Can you point out where it’s written in the Quran or in the words of the Prophet (PBUH) to kill children? The Prophet (PBUH) did not kill children and the wives of those who were fighting against him, and he ordered his followers not to destroy crops and plants. These are the principals of war, and it should be clear that the Taliban do not follow religion, but are the barking dogs of hell.”

Its early morning in Peshawar, and Humayun Khan is walking his son to the Army Public School. The school recently reopened after Taliban gunmen killed 150 students and teachers in an ambush there in late December.

Even commuters on public transit speak freely against the militants.

Forty-five-year old Rahim Khan is a shopkeeper. He uses local transport to reach to his store, but he always arrives late.

“May Allah destroy the militants,” says Khan. “They have destroyed our country and have left us to live miserable lives. Our businesses are no longer thriving. People don’t want to visit markets and shopping malls because of the fear of blasts. It’s been more than a decade now that we have remained silent, but it’s impossible to stay silent anymore. We should speak loudly and clearly against the militants.”

That’s exactly what protestors are doing this day on one of the main roads in Peshawar. They chant that there will be Pakistan or there will be Taliban, but no longer both.

Twenty-two-year-old year Khalid Rashid is among the protestors. He says people should take up weapons to fight the terrorists.

The death toll of the US-led war on terror in Pakistan is difficult if not impossible to determine, but many sources estimate that at least 50,000 people have died since 2001. And according to the Swiss Internal Displacement Monitoring Center more than 1 million people in the country remain internally displaced, some by natural disaster but most by military operations in the tribal areas.

In December of last year, the government lifted a ban on the death penalty and in the last few weeks has hanged at least seven militants. Army courts have been established to try Taliban fighters, but people still want more concrete steps from both the government and Pakistan’s armed forces.