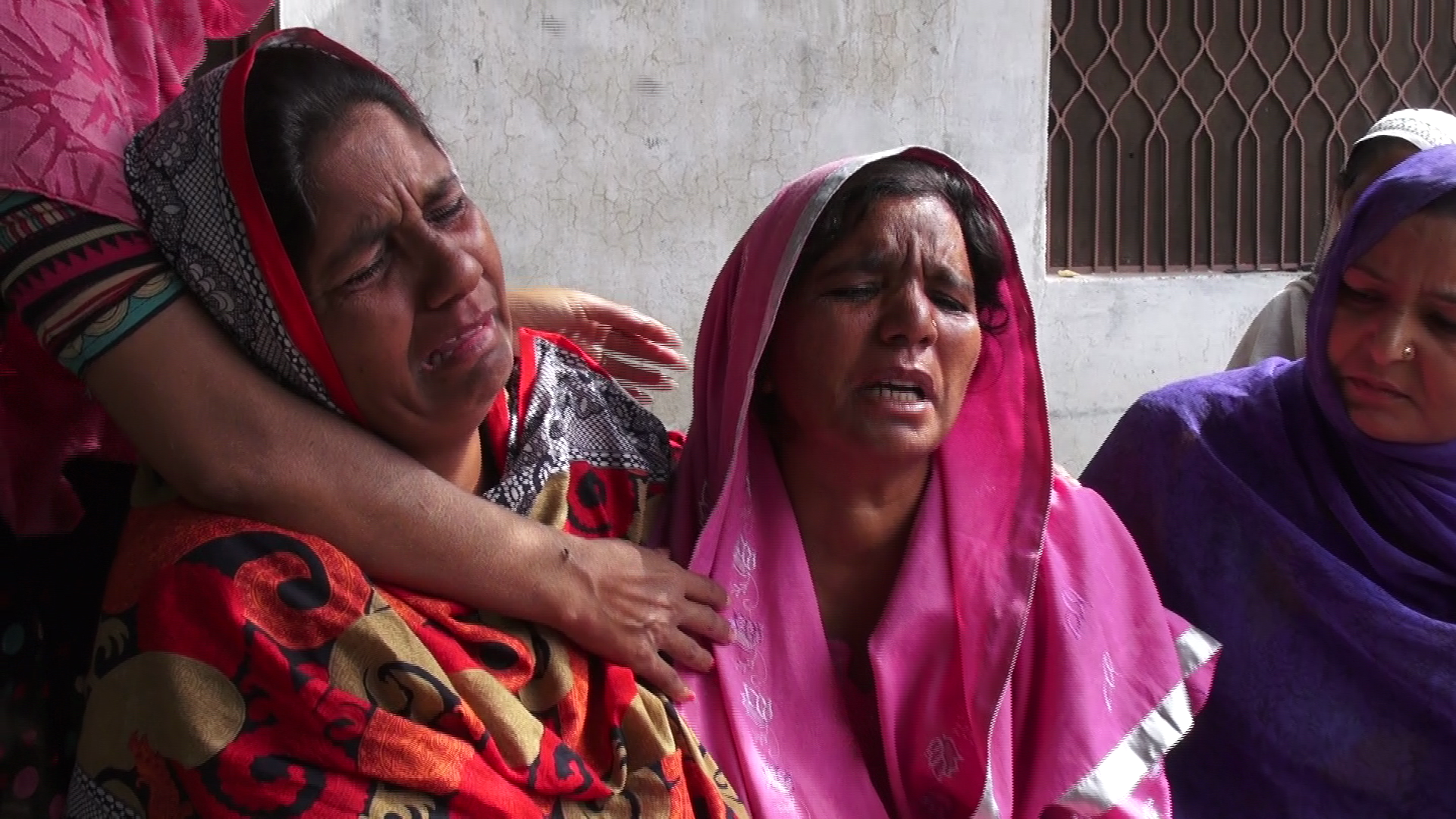 Dozens of countries around the world have some sort of law on the books against blasphemy, even in secular democracies like Finland, Ireland and New Zealand. In most, the laws are rarely if ever invoked. But in some countries, criminal blasphemy charges can and do result in death sentences. In recent weeks in Pakistan, a number of high-profile cases captured international attention. A regional court sentenced actress Veena Malik to 26-years in prison for appearing in a TV show that included a religious song. Malik and her husband had fled the country when the charges were enetered, and remain in exile while appealing the ruling. And, a religious political party complained about what they say is blasphemous content in a video put out by an apparel tycoon and popular musician-turned-imam, Junaid Jamshed. An investigation is ongoing.

Allegations of blasphemy are also used as a tool of violence, and can lead to disastrous results. FSRN’s Gabe Mathews visited the family of a young Christian couple, indentured laborers in a financial disagreement with their employer, who were accused of desecrating the Quran. The rumors began at the local mosque, a crowd of thousands descended on the couple’s home, brutally attacked them and burned them alive. FSRN’s Gabe Mathews has more.

It’s not hard for visitors to find the family’s home on a narrow street in the densely populated Christian colony in Punjab Province. The weeping can be heard from blocks away as Razia Masih grieves for her brother in law – Sajjad.

“We would protect and save them if it were in our control. We are poor so, we were helpless. Despite that we have brothers, sisters, children and nephews, our enemy has killed our beloved. We are so helpless,” said Razia Masih.

35-year-old Sajjad Masih and his 31-year-old wife Shama Bibi were laborers at the brick kiln where they were brutally killed. Shama Bibi was four months pregnant when she was put – alive — into the fire. Their three children are now left without their parents.

An incensed mob killed the couple after claims that Shama had burned a page of the Muslim holy book – the Quran.

In the yard of this small house, 20 to 30 people sit in condolence with the family.

Iqbal Masih is Sajjad’s elder brother. His eyes are full of tears as he tells the story of what he witnessed at his own home. He says that a huge mob formed after announcements about the alleged blasphemy were made from the mosque. The crowd attacked the couple, first breaking their legs so that they wouldn’t be able to flee.

“My brother was begging them, saying that they were innocent – but the mob did not listen. They just threw them alive into the fire. Sajjad would rather have been shot dead with gun, or beaten to death or hanged, but not killed the way they did,” said Iqbal Masih.

Iqbal says the owner of the brick kiln owner has pressured the family to not pursue the case.

“I demand justice, only justice and justice. I still receive threats that we will punished and made an example of. Our children can’t go out of the house because they’re so afraid,” he said.

Following the murders, most of the Muslim families living in the largely Christian colony left the village, afraid they would be arrested for involvement in the murders.

Under Pakistan’s anti-blasphemy law, desecration of the Quran is punishable by death or life imprisonment. Human Rights groups say that the laws are often used to settle personal vendettas. The Human Rights Commission of Pakistan sent a team to investigate, and say they found no evidence that the couple desecrated the Quran. Rather, they determined that the victims were embroiled in a dispute with the powerful kiln owners over money.

Masih and his wife were bonded laborers at the kiln. According to the Bonded Labor Liberation Front of Pakistan there are 4.5 million such workers in the country. They work hard for a meager daily pay. In most cases they’re paid in advance and then forced to work as many as 17 hours a day to fulfill their debt.

52-year-old Meeran has worked as a bonded laborer at the same kiln for decades. Five years ago she borrowed money from her employer to cover the costs of medical care for her son. Since then, Meeran, her husband, three daughters and two sons have worked at the kiln, but she still doesn’t know when her family will be free from the loan.

“We were confined to our homes after the killings. Our contractor has brought food to our house and asked us to come to work. But I don’t want to go, because of the constant fear after the murders. I would never work there if I had any other way to make a living to feed my children and family,” said Meeran.

Muhammad Husain is the Senior District Police Officer in charge of the case. He says that security was beefed up following the murders, and about 50 people have been arrested so far.

“We’ve deployed police in the vicinity near the kiln to control the law and order situation. We’ve also been patrolling the area so that nothing else happens,” Husain said.

Local politician Sardar Nabi says there was a complete failure of law and order.

“I believe the allegation of desecrating Quran on Christian couple is baseless. There is no evidence that the Christian couple were involved or have committed this act. But even if they are involved, there is law for everything in the country and people should be treated according to the law.”

Blasphemy is serious matter in Pakistan, and even unsubstantiated claims that someone has defamed the prophet Mohammed or insulted Islam can easily lead to grave attacks, especially in rural areas. Claims of blasphemy are regularly made against minorities, and used to justify violence against them.

According to Akram Gill, a local church official, violence against Pakistani Christians under the guise of blasphemy has become a means of retaliation for Muslim deaths caused by the U.S. Army. Gill adds that the majority of Christians in the region are extremely poor, powerless to wage any real challenge to how the law is imposed.

“We, the Christians, are not against the blasphemy law but we are against the misuse of the law. Leaders and government officials only condemn the act, but it is time to take action. There is so much fear that no judges will even take blasphemy cases because they’re too afraid,” Gill said.

Lawmakers in Pakistan are also afraid to tackle the issue. In 2011, two politicians were assassinated after speaking out in support of a woman convicted of blasphemy and sentenced to death. Coworkers had accused the woman, Asia Bibi, of insulting the Prophet Mohammed in 2009. Bibi remains in solitary confinement, and her appeal has been delayed indefinitely.