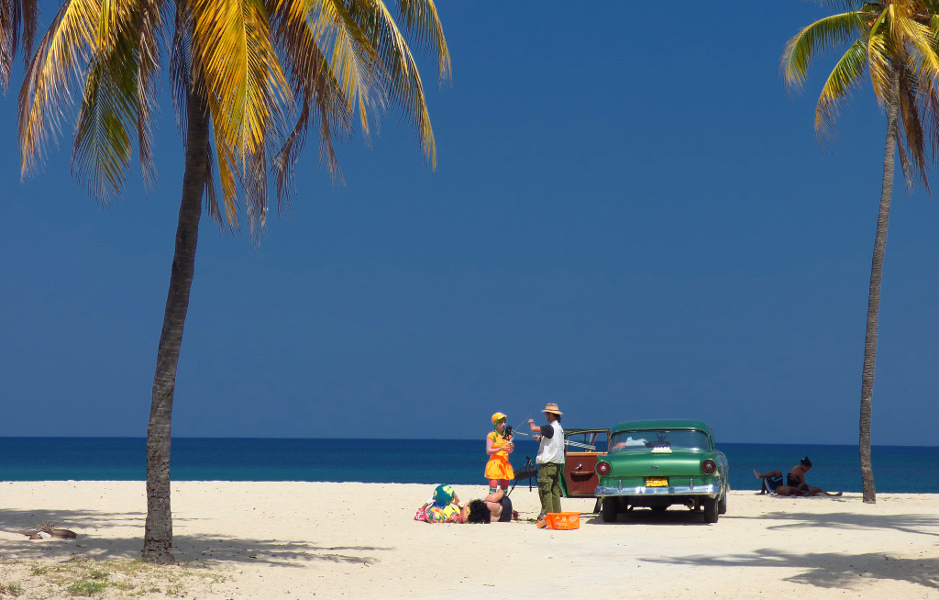 The diplomatic breakthrough in the long-icy relations between the US and Cuba announced by President Barack Obama in December can only go so far without the support of Congress.

As part of the effort to thaw bilateral relations, a group of senators have introduced a bill to to lift a ban which prevents most Americans from traveling to Cuba.

Illinois Senator Dick Durbin, the second highest ranking Democrat and a cosponsor of the legislation, told reporters the ban is out of step with travel that is already happening in practice.

“When I flew over to join Senator Leahy’s delegation, I took what was called a charter flight out of Miami to Havana,” he said in a press conference to announce the introduction of the bill. “I didn’t know what to expect — a two engine plane, a four engine plane. It was a 737 and it was filled. Filled with people traveling into Havana, many of them Americans, who were traveling on tours that were acceptable. So we’re finding that there’s an appetite for Americans to visit Cuba.”

A recent Pew Research poll shows a majority of Americans are in favor of normalizing relations with Cuba although most don’t believe democratic changes will come to the island as a result.

Patrick Manteiga, editor and publisher of the family-owned newspaper La Gaceta based in Tampa, Florida, says he’s spent 15 years studying Cuba and has even met Fidel Castro during one of the six trips he’s made there. He says politicians are way behind on this issue and that “the conversation you get with these very intelligent people is a very silly, ridiculous, small-minded conversation about policy.”

Florida Senator Marco Rubio begs to differ. He’s now chairman of the Subcommittee on Foreign Relations in the Western Hemisphere. Rubio says travel and tourism won’t do anything to make the Castro regime change. In Tuesday’s hearing, the presidential hopeful repeated a demand he’s been making publicly since the President Obama’s State of the Union address: “Give me an example of a policy like this that you’re implementing here today that has led in the twentieth or twenty-first century into a reluctant tyranny becoming a democracy.”

As Jacobson explained plans for re-opening the U.S. Embassy in Havana, Rubio interrupted, asking if the U.S. would “ever agree in a negotiation to the Cubans that in order to open an embassy we will agree not to send our people to meet with democracy activists? Yes or no, would we ever agree to that?”

Jacobson responded that she “can’t imagine that we would go to the next stage of our diplomatic relationship with an agreement not to see democracy activists.”

Manteiga — that Tampa Bay newspaper publisher — says Rubio’s views are shortsighted and that he’s “a non-expert, expert.” He elaborated by saying Rubio is “a guy who’s never been to Cuba, doesn’t care to understand it, only wants to view this in his one-dimensional way.”

Manteiga says his grandfather was an early supporter of the Cuban Revolution and was even appointed by Fidel Castro to chair the U-S fundraising arm of the “Movimiento 26 de Julio,” the 26th of July Movement, which helped fund the Cuban revolutionaries. Cuban exiles in Florida blacklisted his family’s newspaper at the time. These days, Manteiga finds tempers have cooled, even in Miami where expressions of pro-Castro sentiments were once life-threatening.

The current policy between the U-S and Cuba took a long time to develop, Manteiga says, but things are changing.

Rubio may be lagging behind the public on this issue but Senate Majority Leader Mitch McConnell says he defers to the Cuban-American senator. That means there’s little chance Republican leadership will allow a bill to come to the Senate floor that tries to erode the Cuban embargo.