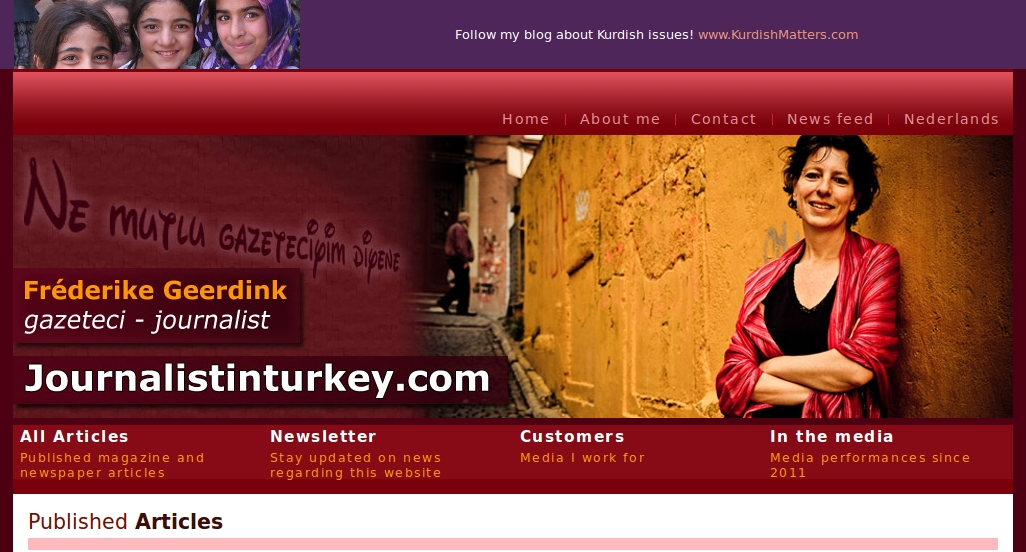 In Turkey, a European freelance journalist faces prison following an indictment that she spread pro-militant Kurdish propaganda over social media. The case is raising alarm bells at it’s the first time Turkey has targeted foreign journalists in more than a decade. FSRN’s Jacob Resneck reports from Istanbul.

Dutch freelance reporter Frederike Geerdink is the only international journalist permanently based in the city of Diyarbakir, the de facto capital of Turkey’s predominately Kurdish southeast.

She has made a name for herself for intensely covering the struggle for Kurdish autonomy over the past two years. Police briefly detained her last month for questioning over postings she’d made on Twitter and Facebook.

Geerdink was quickly released after the Dutch government intervened on her behalf. But this week an indictment was unsealed in which she faces up to five years in prison for allegedly disseminating terrorist propaganda related to Kurdish militants on social media.

Erol Onderoglu, the Turkey-based representative of Reporters Without Borders says the charges are baseless because a journalist “cannot be blamed because of his personal position regarding a political movement.”

Her colleagues say her case – that of a foreign journalist brought up on terrorism charges in Turkey – is rare and part of a disturbing trend in which international media is being blamed for plotting against the government.

“I think she’s become more partial to one strand of the Kurdish nationalist movement and more partial than she realizes in the last 12 months,” says veteran Istanbul-based journalist Gareth Jenkins who has been following Geerdink’s work on ethnic Kurdish issues in Turkey’s restive southeast. “But there’s nothing in her writings which could be described or characterized as encouraging violence or encouraging terrorism. In fact in her writings she very frequently speaks out against violence.”

Geerdink declined to comment for this story, but earlier she told Dutch media she intends to remain in the country and contest the charges. Her case goes to court in April.