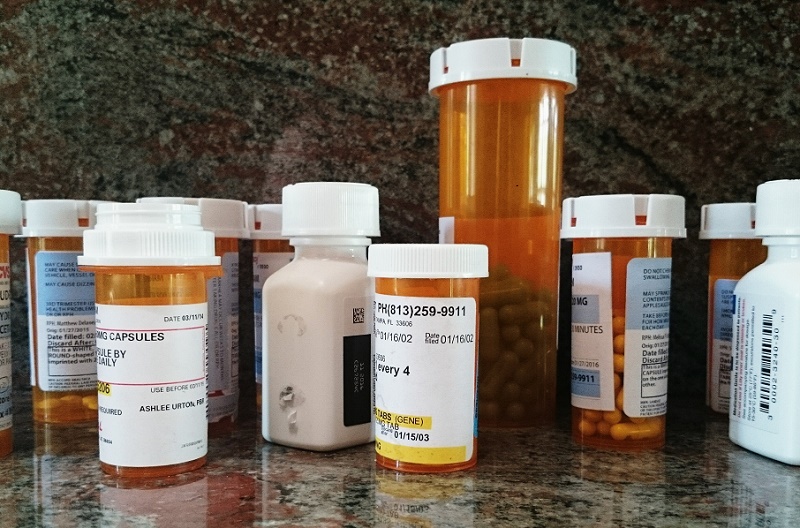 The Affordable Care Act, or Obamacare, bars health insurance companies from denying health coverage based on pre-­existing conditions. The measure also requires most taxpayers to buy health insurance or pay a penalty at tax time – penalties that can easily climb into the hundreds of dollars.

While the law stopped companies from refusing to cover sick individuals, it didn’t sets minimum price guarantees for access to prescription drugs. Consumer groups say that’s made it possible for many large insurers to limit prescription benefits for customers with chronic diseases, essentially penalizing them by offering a far lower cost offset for certain medications. They say that practice is discriminatory and violates the spirit and the letter of Obamacare. FSRN’s Larry Buhl has more from Los Angeles.

Obamacare makes insurers take any customer who can pay. And in states with robust competition and subsidies from Medicaid expansion, consumers on the health care marketplace are paying lower premiums. But the law didn’t mandate how much insurers have to pay for their customers’ medication. Consumer advocates say many of these companies pay a very small portion of the costs of medications for chronic illnesses. That means high out­-of­-pocket expenses.

The industry practice is called adverse tiering. That’s where the most expensive specialty medications are put on the highest pricing tiers, and the insurance company pays the smallest portion of the cost. They technically cover the higher tier drugs – but the benefit is negligible. There’s nothing illegal about it. Insurers have been doing this for years to encourage customers to choose cheaper drugs and generics. The problem comes when less expensive options aren’t available.

Doug Jacobs is a medical student at the University of California San Francisco and the co-author of a recent study on drug pricing published in the New England Journal of Medicine.

“For someone with HIV who’s in an adverse tiering plan it could mean they’re paying three thousand dollars or more extra than if they’d signed up with a different plan,” Jacobs says.

Three thousand dollars more each year can be prohibitive for people who have no other options for lifesaving meds. Jacobs and colleagues studied adverse tier pricing by using the healthcare.gov marketplace to comb through health insurance policies across the U.S. Twelve out of 48 policies put all HIV drugs at the highest pricing tier and charged at least a 30 percent co-pay. Some policies didn’t cover any HIV medications.

“Our study focused on HIV but has implications for other diseases,” adds Jacobs. Together with health care advocates, he says that practice discriminates against customers with the costliest chronic conditions. “Adverse tiering is going on with other conditions as varied as rheumatoid arthritis, asthma, diabetes and mental health conditions.”

Last year the AIDS Institute and the National Health Law Program filed a complaint with the Department of Health and Human Services against Aetna, Cigna, Humana and Preferred Medical alleging their drug formulary pricing tiers discriminated against HIV patients.

Recently these companies responded by lowering the out­-of-­pocket costs of at least some HIV drugs on health plans sold on the exchanges. In Aetna’s case, co­pays will now range between $5 and $100 a month.

But these insurers haven’t lowered co-pays on medications for other expensive, chronic illnesses. Aetna told FSRN that it constantly reevaluates pricing structures but stopped short of saying it would lower patient costs for other top-tier drugs.

“On the one hand, the companies crying about how expensive these are and to the public and regulators,” notes Jerry Flanagan, an attorney with Consumer Watchdog, a California-based consumer education group. He says customers have to be vigilant, because insurance companies are constantly coming up with schemes to boost profits. “On the other hand, they’re saying to shareholders ‘if we move these drugs to our in-house PBM Pharmaceutical Benefit Manager, let them handle the prescriptions, we get kickbacks from the drug companies at the end of the year and that will increase our profit.’”

Last year Flanagan sued United Healthcare and Anthem for forcing customers with HIV to use a mail order program for lifesaving drugs, a practice Flanagan says has been a boon for stock prices but a disaster for customers.

“It was a disaster,” says Jim Ballard, an Anthem customer and party to the class action suit. He describes Anthem’s mandatory mail-order drug plan is dangerous for someone with HIV. “Meds weren’t being delivered, medicines that had to be refrigerated left on doorsteps and was destroyed, and the company refused to replace it. It was essentially your fault as the receiver of the drugs to make sure you got them. You ended up talking with someone in a cubicle.”

Although the Affordable Care Act prohibits discrimination in health care policies, it doesn’t spell out exactly what discrimination is. But some clarification is on the way. Effective next year, the federal Centers for Medicare and Medicaid Services will prohibit plans from placing all or most drugs that treat a specific condition on the highest cost tiers. And U.S. Health and Human Services Secretary Sylvia Burwell is mandating that all 2016 health plans on exchanges must submit formulary information and notice of benefits and payments in a clear, understandable way.

Ballard and other customers point out that, even with new pricing rules, insurers can still change benefits and costs at any time, while customers can only switch policies at open enrollment.

And there’s the issue of enforcement: Who will make companies comply with new rules? Until all these issues are addressed, Ballard has a recommendation to people who need meds for chronic illnesses: “Get a very expensive lawyer if you can afford one. It’s almost impossible to navigate the waters of health insurance. It’s impossible for me at least.”

That’s saying a lot because Ballard is a retired attorney.