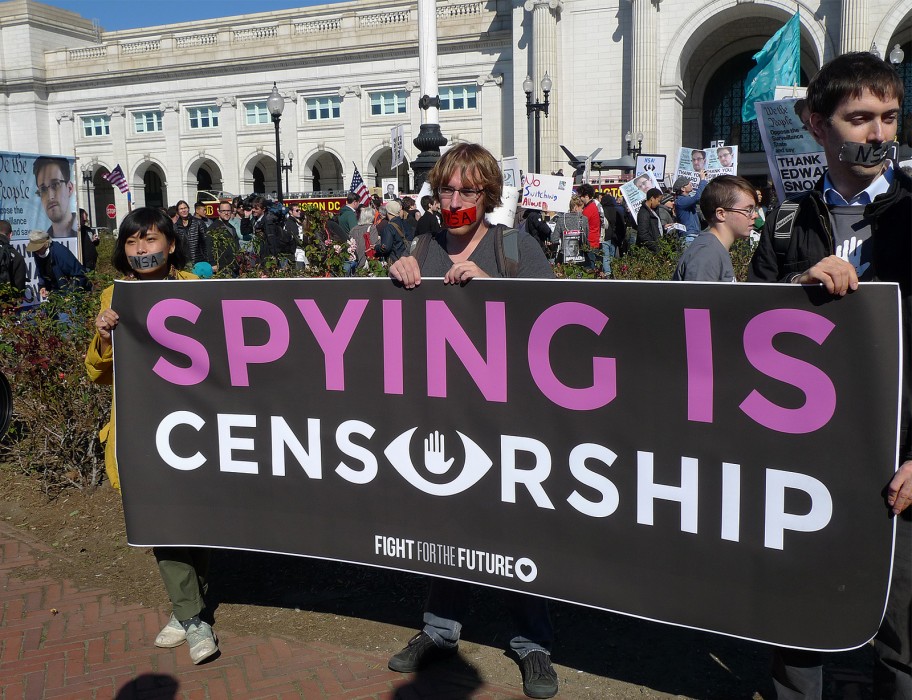 The U.S. Second Circuit Court of Appeals ruled Thursday that the NSA’s telephone bulk collection of telephone metadata is illegal, even under the sweeping surveillance provisions granted by Section 215 of the PATRIOT Act. The ruling comes less than a month before that provision of the PATRIOT Act expires. The decision adds a new layer to the debate in Congress on whether to renew, reform or repeal the most controversial parts of the anti-terror legislation that was rushed through Congress on the heels of 9/11. Anthony J. Rivera has the story from the U.S. Capitol.

Section 215 of the PATRIOT Act has been a cornerstone of the executive branch’s argument that domestic surveillance programs exposed by former NSA contractor Edward Snowden are lawful. On Thursday, a three-judge panel from the Second Circuit Court of Appeals determined otherwise. The ruling is the biggest challenge to date to the NSA program that collects telephone metadata on all calls to, from and within the United States. It also comes as a key provision of the PATRIOT Act faces a June 1st ‘sunset’ date.

Shortly after the ruling, Senate Majority Leader Mitch McConnell led five others in floor speeches to make their case for renewal of the PATRIOT Act in its current form. “Despite the value of the Section 215 program and the rigorous safeguards that govern it, critics of the program either want to do away with it or make it much more difficult to use,” he remarked during his speech.

The ruling stopped short of addressing the constitutionality of Section 215. Neema Singh Guliani is legislative counsel for the American Civil Liberties Union, the organization challenging the telephone metedata program in court. She says McConnell’s bill to renew the Patriot Act without changes will meet stiff resistance from reformers on Capitol Hill, saying the proposals “are a bit tone deaf given where the public is and given where a lot of members of Congress are.”

Reformers have drafted the USA FREEDOM Act as an alternative. The bill made it out of committee earlier this month. It was introduced by Wisconsin Republican James Sensenbrenner, an original sponsor of the PATRIOT Act who has expressed regret over the expansive surveillance practices that emerged from his original bill.

Sensenbrenner’s new measure was reportedly negotiated to gain as much bipartisan support as possible, foregoing a number of amendments. Critics say the bill will likely pass the House. But some say the legislation simply doesn’t do enough. “I think the FREEDOM Act as has been marked up by the Judiciary Committee only has the veneer of reform and I will not be supporting it,” said Kentucky Republican Thomas Massie.

Chairman of the Senate Intelligence Committee Richard Burr points out that the court ruling does not stop the program. He also dismisses the court’s ruling as well as Sensenbrenner’s concerns regarding the original intent of the 215 program.

Whether the Senate will pass the House reform package is a question that will likely run all the way up until the deadline. Last November, the Senate fell one vote short of invoking cloture on a Senate version of the FREEDOM Act introduced by Vermont Democrat Patrick Leahy.

The bigger question will be who will dig in and who will acquiesce on government dragnet surveillance now that one of the most powerful courts in the country has weighed in against it.