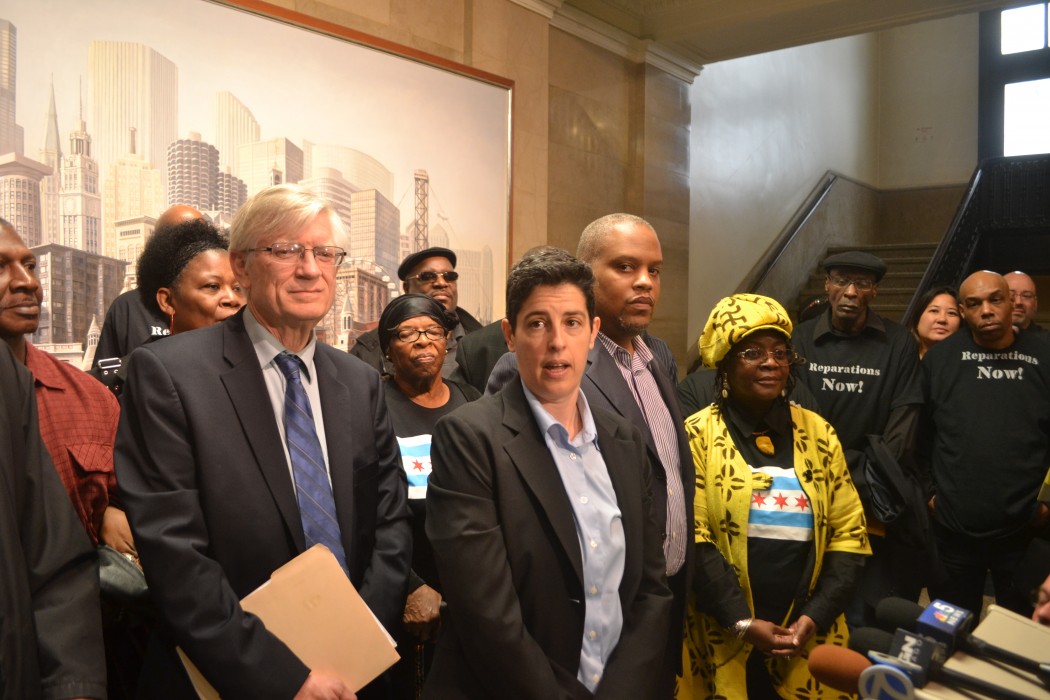 Chicago is now the first city in the U.S. to enact an ordinance ordering reparations for victims of police torture. Theresa Campagna has the story.

The emotion was palpable inside of City Hall shortly before Mayor Rahm Emanuel announced the approval of a measure to set up a fund to pay reparations to recognized victims of police abuses.

Alderman Joe Moreno read off a list of names of people who have come forward with stories of torture as one of the victim’s lawyers present wept audibly. After Moreno finished addressing City Council, the audience burst into applause.

The torture complaints date back to a period from the early 1970s through the early 1990s, when former Chicago police commander Jon Burge led a unit later found to have used illegal methods to extract confessions from arrestees. Tactics used by Burge included the application of electric shocks to the genitals and suffocation. The vast majority of his victims were African-American men.

An investigation into Burge’s tenure at the Chicago Police Department led to multiple pardons of men sentenced to long jail terms based on false confessions made under torture.

The reparations ordinance includes a five-point-five million dollar fund for victims, a physical memorial to document the wrongdoing, and inclusion of the history in the official curriculum of local public schools.

When asked for next steps, one of the victims, Mark Clements, said the ordinance could do more.

“5.5 million dollars,” Clements said. “That is an insult to the victims still in prison. Until at least the reparation aspect of his apology comes out, it´s a war.”