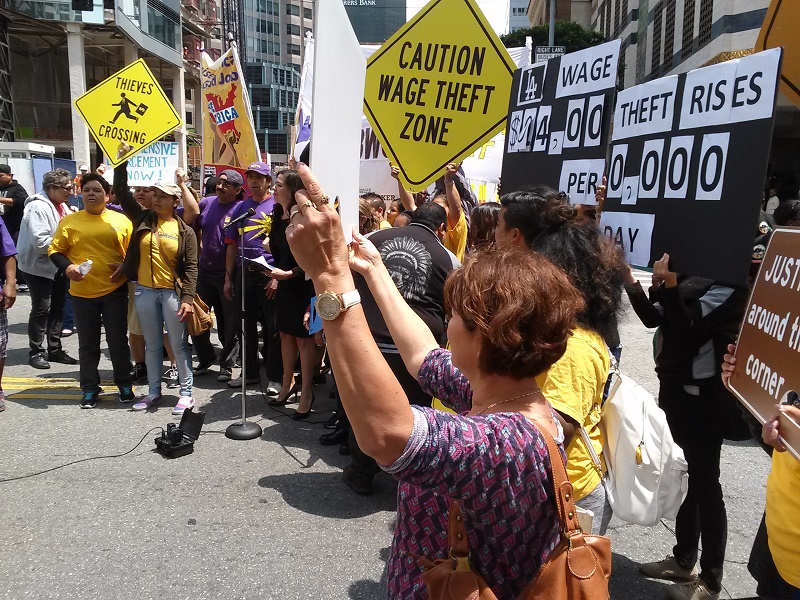 The Los Angeles City Council voted to gradually raise the city’s minimum wage from $9 to $15 an hour, making LA the largest city in the U.S. to move towards a $15 minimum. FSRN’s Larry Buhl has more.

In the end the vote was 14 to 1 in favor of a draft package of yearly minimum wage hikes, beginning next year and reaching $15 in 2020 ­ or 2021 for businesses with 25 or fewer employees.

The council not only raised the wage, but also proposed a streamlined process to protect employees who are stiffed on wages by their employers.

“We are giving a raise to 700,000 people who are living at the bottom,” said City Council member Paul Kekorian, a strong advocate of the wage theft provision. “We are implementing protections for our smallest businesses so they can continue to employ people and give people an opportunity. And for the first time in the history of the city we are taking action against wage theft by creating an agency of the city to protect workers and make sure they’re getting paid what they’re entitled to. This is a reason to celebrate, people!”