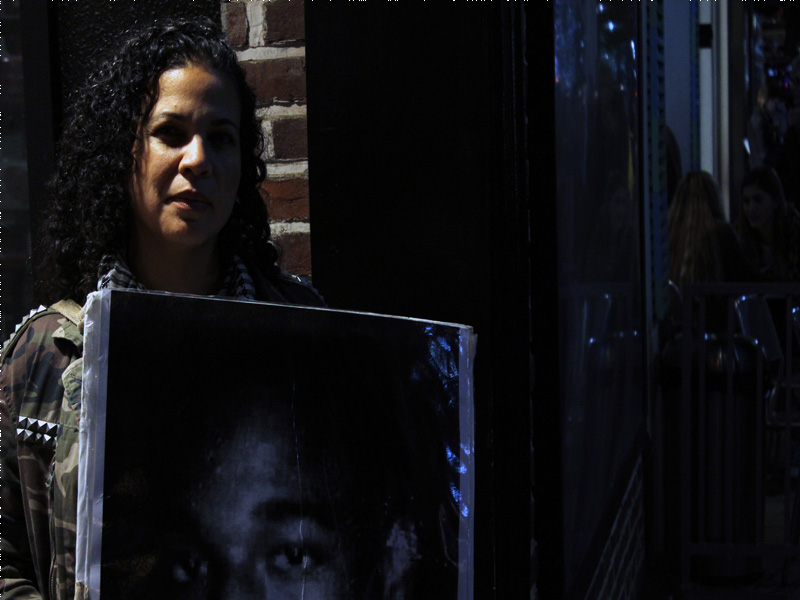 It is up to the Los Angeles District Attorney and the Los Angeles Police chief to decide on criminal charges or disciplinary actions for the two officers who shot and killed Ezell Ford, a mentally disabled African-American man.

On Tuesday, the Los Angeles Police Commission unanimously ruled that the officers violated policy during the August shooting that came just two days after the police shooting of Michael Brown in Ferguson, Missouri.

Over the past ten months, fatal police shootings of African-American citizens helped spur protests around the country calling for police accountability. More recently, a video of a non-fatal – yet violent – encounter with between police and Black teens at a North Texas pool party has fueled more public calls for police reform. FSRN’s Lena Nozizwe has more from Los Angeles.

Protests on the streets, in front of the mayor’s house and even within the meeting room of the Los Angeles Police Commission itself led up to the ruling regarding the death of Ezell Ford.

After a private review of the findings of Police Chief Charlie Beck and Inspector General Alexander Bustamante, the civilian commission unanimously decided Tuesday that one officer did not follow police policy throughout a deadly confrontation with Ezell Ford–and that the second officer did not follow procedure, in one instance, when he drew his weapon.

“This incident has changed all involved in it forever,” said commission president Steve Soboroff after announcing the unanimous decision. “My fellow commissioners and I fully understand the grief and loss that the Ford family will feel forever as well as the impact of the involved police officers and their families.”

Ford’s mother – Tritobia Ford – has said that she is both surprised and satisfied by the commission’s ruling.

Police say Ford – an unarmed 25-year-old mentally disabled African American man – tried to take one of the officer’s guns during the deadly confrontation last August. The autopsy report showed that one of three bullets struck Ford in the back at close range.

It will be up to LAPD police chief Beck to decide whether to discipline the officers, but in his report to the commission, the chief said the actions of the officers were justified.

The Los Angeles Police Protective League says the commission’s ruling was purely political and self-serving and made under pressure of protests.

Slager initially told investigators that Scott had reached for his taser and that he fired in self-defense.

But that was before video surfaced showing Slager firing at Scott, eight times, as he fled on foot after a traffic stop. In the video Slager appears to toss the stun gun near Scott’s body before the arrival of police backup.

Another video has focused attention on police accountability – this one from McKinney, Texas.

It shows police corporal Eric Casebolt brandishing his gun in the direction of unarmed African American kids who had showed up at a pool party, apparently to the disapproval of some local white residents.

The video shows Casebolt violently pulling the hair and grabbing the arm of a bikini-clad 15 year-old girl, dragging her to the ground and putting his full weight on her back.

Casebolt resigned Tuesday after nationwide outcry, but some white residents of McKinney defend his actions at the pool party.

The Dallas-based attorney says the city of McKinney, named by Money magazine as the best place to live in America, is racially split by a highway. White residents live to the west, while minorities live to the east.

Based on the content of 911 calls, Schulte says he thinks police used race as a factor for determining who was supposed to be at the pool party, even though some African-American party goers live in the neighborhood.

Schulte says two potential charges could be filed against Casebolt. One is assault because he says from what he saw on the video, there was no legal justification to detain the teenager. The other is official oppression by a public servant.

“That means a public servant within the scope of their duties violates civil rights of someone,” explains Schulte. “That is a misdemeanor, but if they do not beat the charge they can never work as a police officer in the state of Texas.”

Schulte, the policeman-turned-attorney, says that moving forward in McKinney, Texas; North Charleston, South Carolina; and Los Angeles, California depends on all those communities and beyond, sitting down and having frank discussions about race.