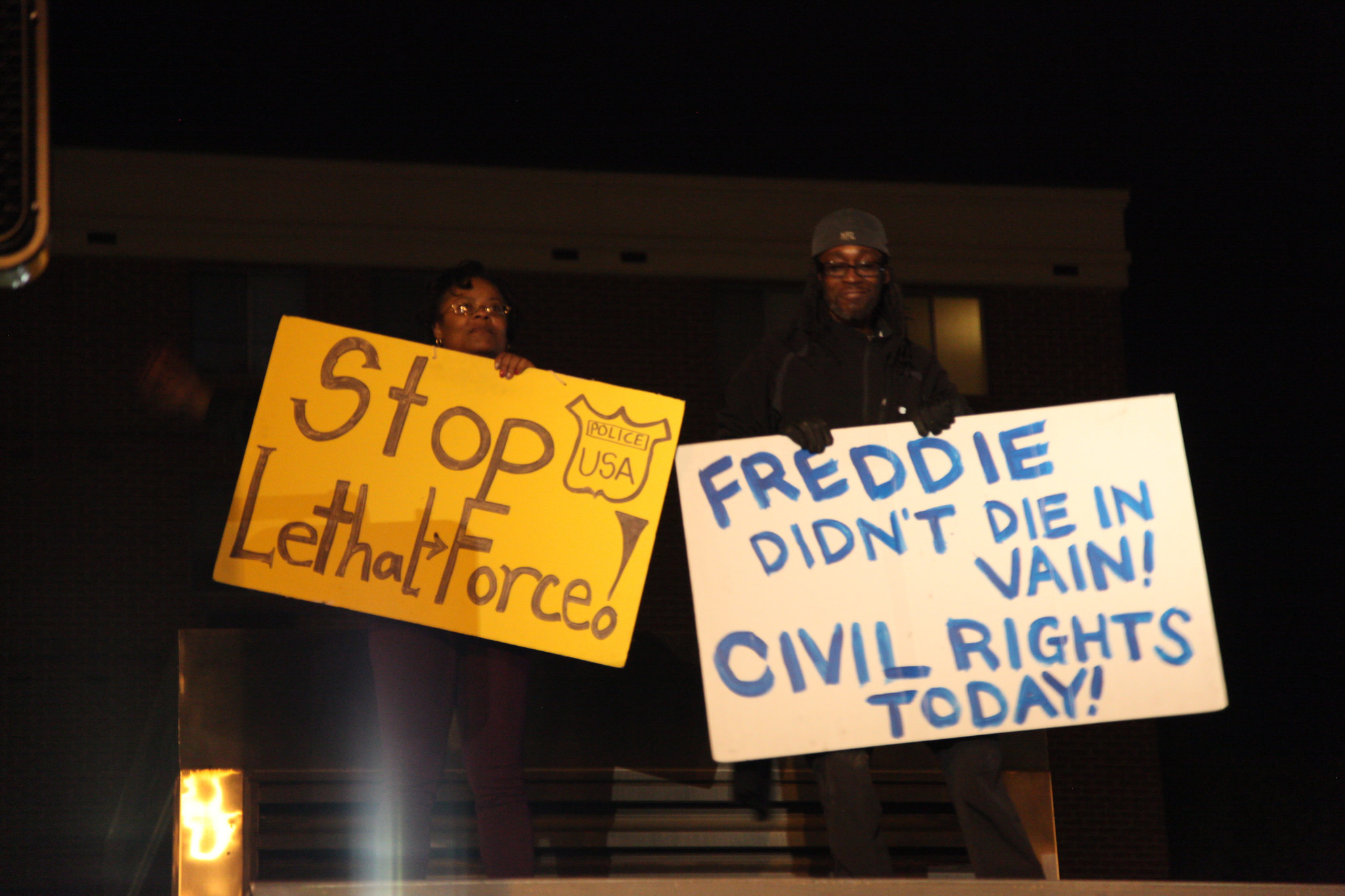 Baltimore City State’s Attorney Marilyn Mosby announced Friday morning that all six police officers involved in the arrest and transport of Freddie Gray – the 25-year old black man who died as a direct result of injuries sustained while in police custody – will face charges.

“The findings of our comprehensive, thorough and independent investigation – coupled with the medical examiner’s determination that Mr. Gray’s death was a homicide, which we received today – has led us to believe that we have probable cause to file criminal charges.”

That’s Baltimore City State’s Attorney Marilyn Mosby, announcing the officers face charges ranging from second degree “depraved heart” murder to misconduct in office — warrants have been issued for their arrest. Prosecutor Mosby also said that the events that led to Gray’s death began when one officer made eye-contact with the victim. The subsequent arrest, she said, was illegal: Gray had not broken any laws.

In her Friday press conference, Mosby read out a lengthy affidavit putting probable cause for the charges against the officers on the public record, but called on officials with inside information not to jeopardize the investigation by selective leaks.

“I hope that as we move forward with this case, everyone will respect due process and refrain from doing anything that will jeopardize our ability to seek justice,” she said. “To the people of Baltimore and to the demonstrators across America, I heard your call for ‘no justice, no peace.’ Your peace is sincerely needed as I work to deliver justice on behalf of this young man.”

Peaceful protests began in Baltimore immediately after Gray’s death, but the tenor of the rallies and the level of media attention ratcheted up notably Monday – the day of his funeral. By nightfall, the governor of Maryland had declared a state of emergency.

Solidarity protests in other cities with long-simmering grievances about the lack of police accountability continued through the week, with actions in cities including Minneapolis, Ferguson, Boston and Philadelphia. More are set for the May Day weekend from Miami to Oakland to Seattle.