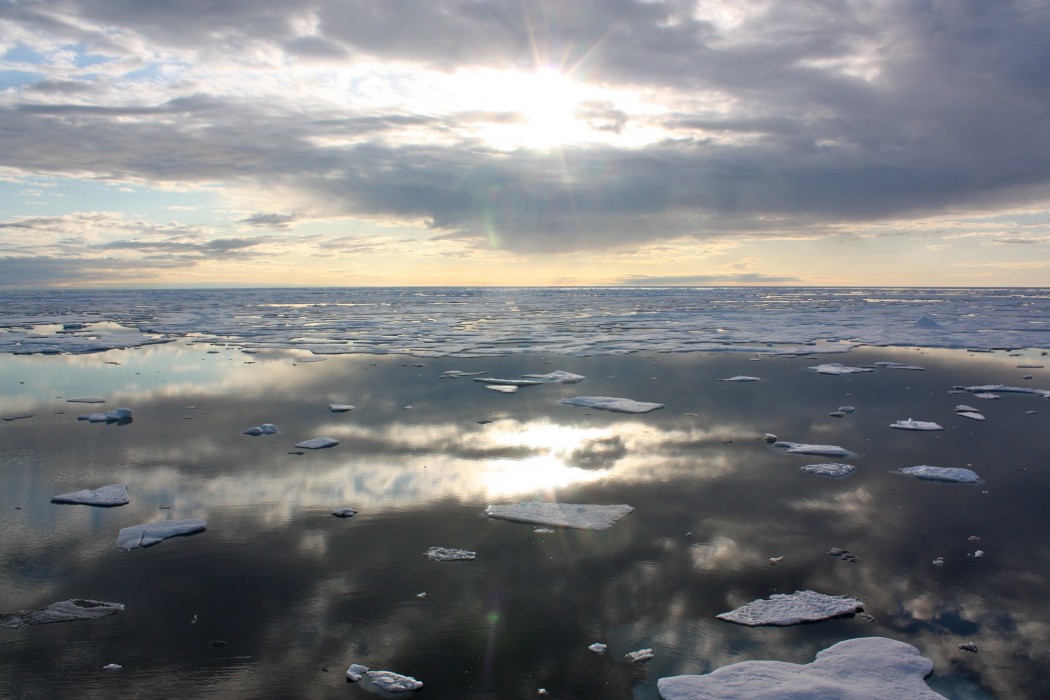 The Obama Administration has decided to allow Shell Oil company to drill in the Arctic off the coast of Alaska. The company must secure additional permits before it can proceed, but the green light from the Interior Department toppled a hurdle preventing drilling in what has long been a de facto no-go zone. Conservationists and some Alaskan tribal leaders say it’s only a matter of time before an oil spill happens in the remote and environmentally sensitive region, altering a way of life in the Arctic that’s survived for centuries. Anthony J. Rivera has the story from Washington, D.C.

The Port of Seattle is perhaps the last place you’d expect to see a docked oil rig. But Shell oil company plans to use it as a staging area for offshore drilling operations in the chilly waters off the coast of Alaska. It’s a project the company has been wanting to start for years.

On Monday, the Department of Interior gave  conditional approval for Shell’s exploration plan for drilling in the Chukchi Sea, which sits northwest of Alaska’s outer continental shelf.

“It surprised me and probably most of Seattle to learn that Arctic drilling was going to come to Seattle,” said Patti Goldman, a managing attorney with Earthjustice. The nonprofit advocacy group is challenging Shell’s license at the Seattle port.

For the oil industry, docking in the Puget Sound makes sense. Seattle has the northernmost port on the United States mainland. But for many residents of progressive-leaning Washington state, hosting an expansion of the fossil fuel industry is not exactly a good fit.

Environmentalists have serious doubts about Shell’s ability to run a clean and safe operation in Arctic waters. They point to a Shell-owned drill rig that ran aground in 2012. More recently, operators of a Shell-contracted ship, Noble Discoverer, were found guilty of felony maritime violations and fined over $12 million. Shell didn’t respond to FSRN’s requests for comment.

John Callahan is a spokesman for the Alaska region of the Bureau of Ocean and Energy Management – an office of the Interior Department. He stressed that what has been approved is merely an exploration plan: “Nonetheless what Shell is proposing to do is significant, so of course we’ve taken a very close look at their plans, their experiences in 2012, drawing lessons from those, and implemented a wide array of measures,” he told FSRN.

Alaska Republican Dan Sullivan says his state has a track record of thoughtful balance between the environment and energy needs. He, along with fellow Senator Lisa Murkowski and Congressman Don Young, hammered that talking point during a press conference in January when the White House deemed Alaska’s Arctic National Wildlife Reserve, or ANWR, off limits to drilling.

“You know a lot of people forget Alaska has a great record of safely drilling exploration wells in the state of Alaska waters and in federal waters,” said Sullivan. “There’s been a number of wells drilled in the Arctic [outer continental shelf] previously, all safely. We need to move forward because it’s going to benefit the country in terms of energy security, tens of thousands of jobs and we certainly think we can do it responsibly.”

Sullivan admits that while he sees lots of support, not all Alaskans are on board. Rosemary Ahtuangaruak is the former mayor of Nuiqsut and an Environmental Justice Advisor for the Alaska Wilderness League in Barrow, Alaska. She disputes the claims of jobs and safety touted by drilling advocates and says tribal communities like hers have the most to lose.

“Well it’s very disappointing to me,” remarked Ahtuangaruak during a telephone interview. “I live here in the Arctic and we’re a whaling culture and for us it’s really important to keep our oceans clean. It’s where we feed our families from. We harvest the animals as our elders have through the generations and what would put that at risk is not something that we should even be considering.”

Earthjustice attorney Goldman says a full-scale drilling operation will negatively affect fisheries and wildlife and that the area’s isolation can complicate cleanup in the event of a spill.

“There will be harm. There is no doubt there will be harm to marine mammals. It’s only a question of is it too much harm and how likely do you think it is that an oil spill will happen?”

Now that a decision has been made on Arctic drilling, a new battle in Seattle is heating up.

Environmentalists cheered a decision by Seattle mayor Ed Murray to reconsider the oil industry’s use of the city’s port. Authorities have requested that Shell’s contractor seek a different license for its terminal. Shell and its allies say the city is simply playing politics.

And some local opponents have organized a flotilla of kayaks in Seattle waters to protest Shell, dubbing it the “Paddle in Seattle.”