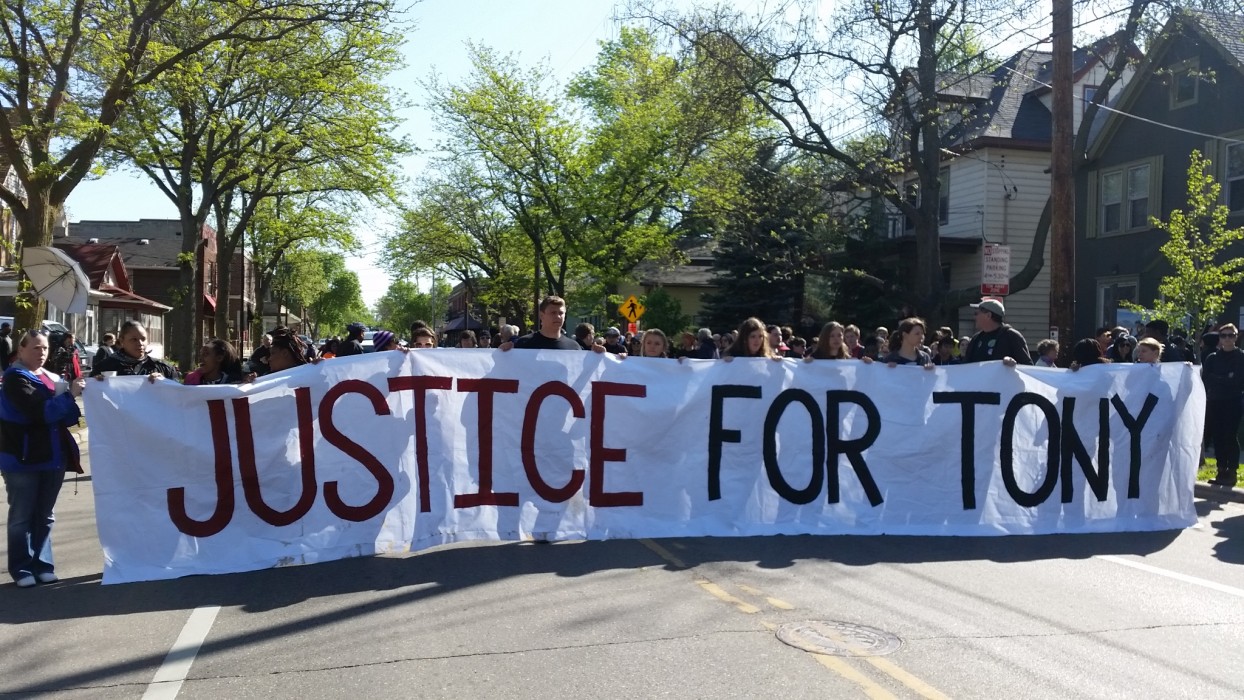 Madison, Wisconsin has become the latest U.S. city to clear one of its police officers in the death of an unarmed black man. The decision has sparked protest in the streets. Molly Stentz reports.

On Tuesday, Dane County District Attorney Ismael Ozanne announced some long-awaited news: the results of the state review of the officer-involved shooting that occurred in Madison more than two months ago. Ozanne told reporters the “tragic and unfortunate death was the result of a lawful use of deadly police force and that no charges should be brought against Officer Kenny in the death of Tony Robinson, Jr.”

The night of the shooting, Madison Police Officer Matt Kenny was dispatched to respond to calls from neighborhood residents about a young man running in traffic and acting erratically. According to the District Attorney, toxicology reports confirmed Tony Robinson had been under the influence of hallucinogenic mushrooms, marijuana and Xanax.

Officer Kenny told state Department of Justice investigators he heard yelling and punching sounds coming from an apartment. He says he entered the building, was punched in the head by Robinson and then fired at him in self-defense. The District Attorney confirmed there were seven shots fired, hitting Robinson in the chest and head. The incident unfolded in less than a minute.

Robinson was pronounced dead later that night at a local hospital.

Robinson’s friends and family have described him as a gentle giant, a skateboarder and neighborhood kid who was not violent.

“I wear his sweater because this in the only comfort I have left,” Robinson’s grandmother, Sharon Irwin, told a crowd that gathered in the street after the District Attorney’s decision not to press charges against the officer. “I don’t have the option to hold him anymore. I want you to know that I miss him and I really love him. I will miss him the rest of my life, when you guys go home and don’t deal with this anymore. This is a forever thing with me.”

Robinson’s death has sparked two months of protests led by local African-American youth, and crowds gathered Wednesday in front of the home where the shooting took place.

“We ain’t talking about no community review boards. We don’t need no more reviews. What we need is power: to hire and fire, to determine and set priorities, to set policies, and to say what kind of police model we want in our communities.”

J.T. Ruffin went to high school with Robinson. Like hundreds of students, he came to the march instead of going to school.

“We have maybe 800-1000 people that are coming out here to support this,” he told FSRN. “So that should speak volumes to the people in power that Madison is ready for a change. That this can’t keep happening in our city.”

Wednesday’s protests in Madison are part of a nationwide series of actions dubbed “Black Spring” to respond to police killings of unarmed, predominately black civilians.