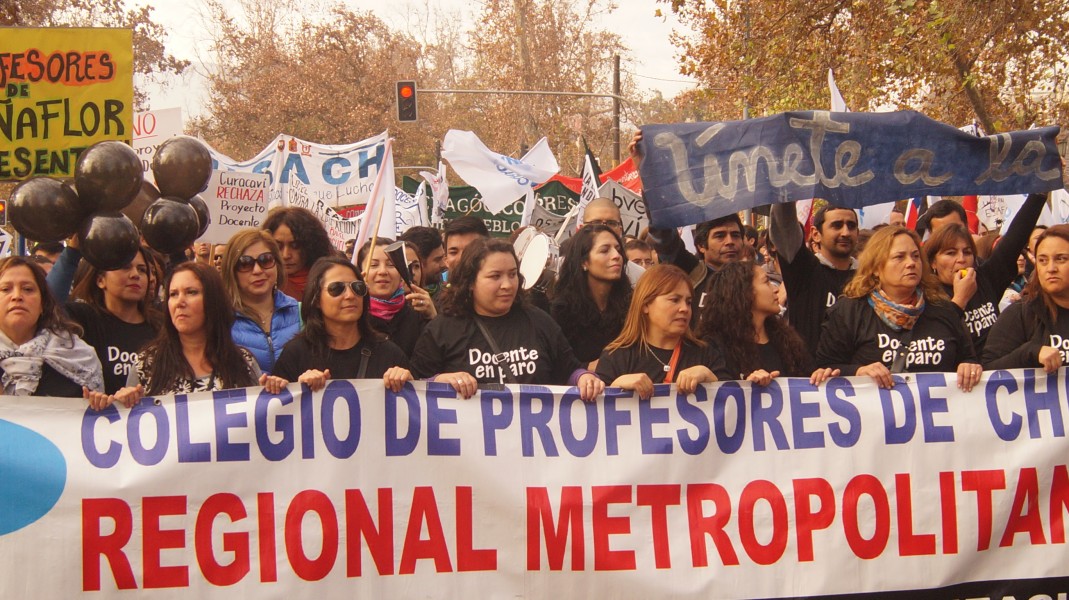 Canceling their classes and marching in the streets with their students, striking teachers in Chile are calling for an end to the privatized education system imposed during the Pinochet dictatorship. Free public education has been a rallying cry for years in Chile but the tenor in the streets has turned tense in recent weeks.

Last Thursday, police arrested 214 people in nationwide protests, including 114 in a night time march through the capital, in which some protesters battled police with Molotov cocktails.

The following morning, President Bachelet signed an education bill marginally increasing funding for public high schools and forbidding them for excluding any students. But striking teachers say the reforms are more cosmetic than structural in nature.

“Our demands had to do with classroom overcrowding, with working conditions that are fair and in tune with each teacher’s area of expertise and what we got was a reform project that doesn’t respond to what we discussed,” says Ana Jimenez, a retired professor attending a teacher’s union march on Wednesday. “We’re very disappointed because the reforms take away benefits that we had already won, there’s no retirement plan, class size remains the same, and it reinforces the constant teacher evaluations that we’re already fed up with. We had hoped that the Bachelet administration would’ve taken off some of this pressure, but now we see the burden to bear is even heavier.”

On average, Chilean teachers make under ten thousand U.S dollars a year, while many other professionals like engineers make nearly as much as their counterparts in the United States. Fair pay as one of the union’s key demands. With two protesters shot dead in May and another in a coma, marches that had been taking place monthly for the last five years are now occurring several times a week.