Confederate flag to come down at South Carolina State House 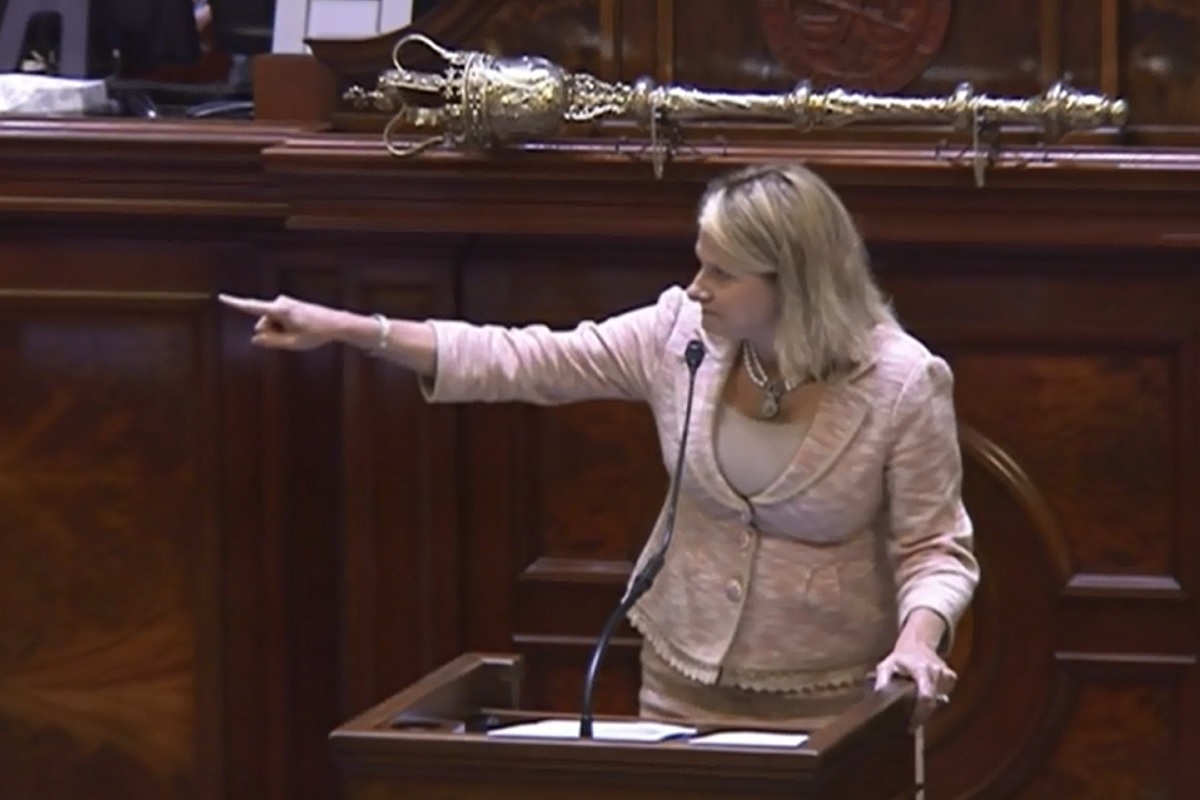 South Carolina Representative Jenny Horne speaking on amending a bill that would remove the Confederate flag from the statehouse grounds.

The Confederate flag that has flown at full-mast at the South Carolina State House for decades, and was not even partially lowered after the recent racist massacre at one of the most venerated black churches in the United States, is finally coming down. FSRN’s Nell Abram has more.

The removal of the flag, which was installed at the height of the Civil Rights movement, required a two-thirds majority vote in both houses of the state legislature.

The renewed call to remove it grew exponentially in recent weeks, after white supremacist Dylann Roof massacred nine African Americans attending bible study at the historic black church.  As thousands of people attended services for the victims, including the dynamic Reverend at Mother Emanuel,  State Senator Clementa Pinckney,  the Confederate flag flew at full mast on the State House grounds, protected from either lowering or removal by South Carolina law.

As state lawmakers began the legislative process to review the law, 30-year-old African American Bree Newsome scaled the flagpole and removed the flag. She was arrested, and the flag that many see as a symbol of racism and oppression was immediately returned to its full mast position.

South Carolina Senators easily passed the bill calling for the flag to come down, but it faced opposition in the House of Representatives. More than 60 amendments were offered in a mini-filibuster maneuver, dragging out debate past midnight Wednesday. Finally, State Representative Jenny Horne, whose district includes part of Charleston, took the podium.

“I cannot believe that we do not have the heart in this body to do something meaningful such as take a symbol of hate off these grounds on Friday! And if any of you vote to amend, you are ensuring that this flag will fly beyond Friday. And for the widow of Senator Pinckney and his two young daughters, that would be adding insult to injury!”

A vote soon followed and the bill passed by a margin of 94-20. The flag will be removed Friday and become part of the collection housed at the South Carolina Confederate Relic Room and Military Museum.

Meanwhile, local lawmakers in one central Florida county voted unanimously this week to put the Confederate flag back up at their county building after administrators removed it the aftermath of the Charleston attacks. And in Washington, D.C., a House vote on funding for the Interior Department was called off  because of a dispute over amendments related to displaying the Confederate flag at national cemeteries.