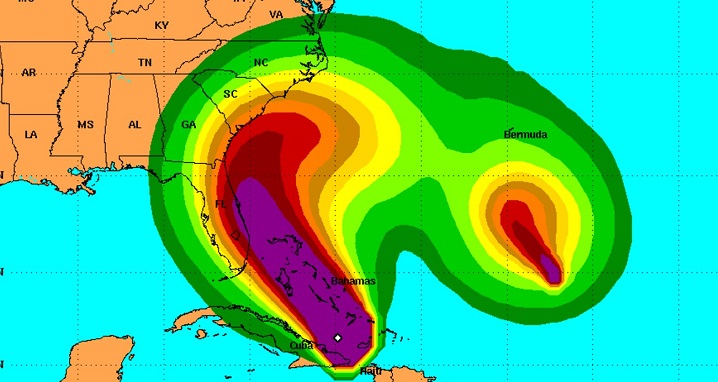 Hurricane Matthew continues to barrel along the coast of Florida, after pounding Cuba and Haiti where thousands are still digging out of the mud and officials have rescheduled presidential elections set for Sunday. FSRN’s Nell Abram reports from Tampa.

More than three million people are under evacuation orders in three southeastern United States Friday, as Hurricane Matthew slowly churns towards the east coast of Florida.

After a Wednesday briefing at Federal Emergency Management Agency, President Barack Obama spoke to the media, urging everyone in the storm’s path to heed evacuation orders and have emergency plans and supplies in place: “Even as we prepare for the hurricane here at home, I want us to keep in mind that Haiti – one of the poorest countries in the world, already suffering from a range of previous disasters – has been hit really hard by this storm and we anticipate that they are going to need substantial help.”

Official estimates are slow to emerge, but media reports put the death toll at more than 500. The hurricane struck Haiti as a category 4 Tuesday.

Video posted to social media shows Haitians standing in waist high water as it rages down a street. The full scope of the destruction there remains unknown. The storm made landfall as a Category 4 on the tip of the island’s southwestern peninsula, and forecasters predicted as much 40 inches of rain in the highlands by the time the storm fully passes. Communication systems remain down, roads rendered impassable by mudslides and key bridges were washed away.

Both Venezuela and the United States are mobilizing aid to the island where, according to the UN, much of the population remains displaced six years after a 7.0 earthquake killed 200,000 Haitians. With many people still living in makeshift structures and tent camps, humanitarian aid groups expect the damage to be broad and the threat of a resurgence of cholera high.

The water-borne disease killed thousands of people in aftermath of the 2010 earthquake, and public health officials predict another wave of the deadly infection to follow the hurricane. After five years of denial, in August the UN acknowledged “involvement” in the rampant cholera outbreak, widely believed to have been introduced to the island by UN forces and then spread by inadequate and negligent sanitation at the UN camp.

Wednesday, as relief workers make their way to isolated parts of the island, Hurricane Matthew continues spiraling northwest after crossing Cuba, where photos posted online reveal extensive structural damage, but no deaths have been reported as most people in the path sought shelter prior to landfall.

Both Florida and South Carolina are under a state of emergency and evacuation orders have been issued as the storm regains strength and travels toward the U.S.