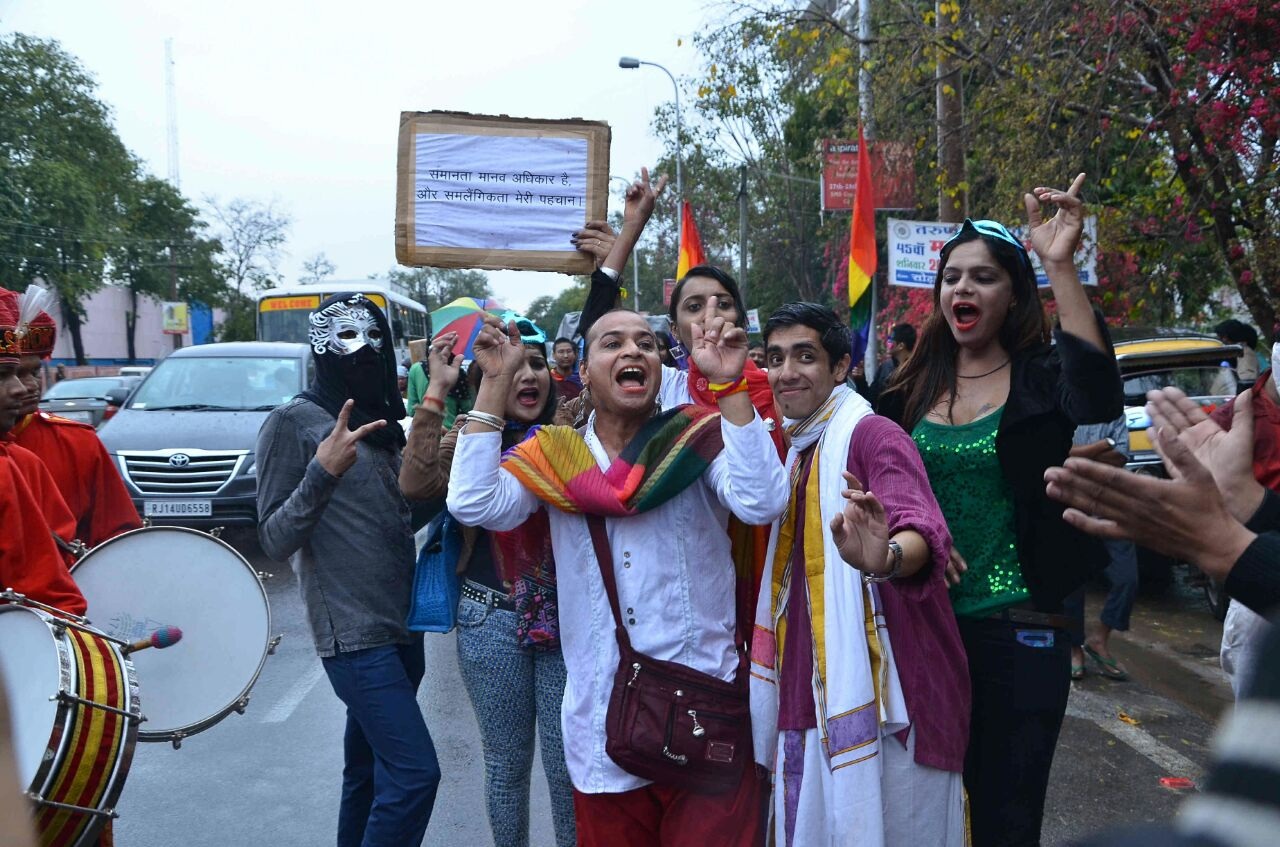 It’s been more than a year since India’s Supreme Court issued a landmark ruling legally recognizing a third gender, thereby becoming the world’s seventh country to do so. But even though the High Court also extended equal protection under the law, many transgender people in the country still face discrimination. India is now considering affirmative action-type legislation to provide them better opportunities in education, employment and financial aid. FSRN’s Jasvinder Sehgal reports.

A woman named Kashish dances to a Bollywood film song at a national event that gathered transgender people – or ‘hijras’ – from across the country. Kasish is member of the Dancing Queens, a nationally known all-transgender dance troupe.

“When I first started working as an office receptionist, strange things happened to me on the job” Kasish says after the performance, explaining why she joined the group. “The men would stare at me, which made me uncomfortable. Many of them tried to make inappropriate moves on me. Due to their harassment, I was unable to do my job properly and ended up having to resign within a month of starting. The experience made me think I could never again work in that horrifying kind of environment.”

Discrimination and limited employment opportunities economically marginalize transgender people in India. Many end up having to work in the commercial sex industry, as street entertainers or as beggars.

Transgender activists say that – beyond third gender recognition – the government has a responsibility to provide a legal framework to end economic and on-the-job discrimination.

India’s upper house of the Parliament has already passed a bill to increase access to educational and economic opportunities via affirmative action-type mechanisms. A vote on the bill, known as the Transgender Persons Provision of Social Security Bill is pending in the lower house.

Laxmi Narayan Tripathi, a noted Hindi film actress, represents the Asia Pacific region at the United Nations. She is the first transgender person to do so.

“We should unite in calling on our parliamentarians to vote in favor of the bill,” Tripathi says. “I will personally meet with all of my area’s parliamentarians and will not spare any one of them. Imagine if they don’t vote in our favor. We are still struggling even after the Supreme Court’s verdict. If we don’t do anything today, our community will be begging on streets for the next 200 years and our future generations will be forced to sell our bodies for loose change.”

India’s 2014 Supreme Court ruling to recognize hijras as a third gender did away on paper with what had been a major legal barrier, but in practice discrimination in the workplace and in schools remains common.

“See, a law cannot change the mindset of the people; it is just a weapon to help the community access their rights,” notes Ambalika Roy, the lawyer who successfully petitioned the Supreme Court in the landmark case. “From schools you are dropping out because you don’t get that kind of a protection which you require because you are different. You cannot work safely because you don’t have any sexual harassment at work place laws. The system should provide you that kind of a protection so that you don’t get in to that traps of constant harassment and constant discrimination; the state has to do it.”

And while India does recognize hijras as a third gender, its anti-sodomy law – known as Section 377 – still criminalizes gay sex, affecting the entire LGBT population. Advocates fighting to overturn Section 377 say despite claims to the contrary, the community remains united.

“The transgender sisters are not different from us,” prominent LGBT rights activist Ashok Rau kavi says, adding that gaining legal recognition does not make hijras abandon LGBT activism. “They are very much a part of us. To say that section 377 is totally different, transgender is different, their issues are different; their issues may be different but we are all together. They fight for us and we fight for them.”

Section 377 remains on the books and the Supreme Court of India refuses to repeal it, saying that overturning the draconian law should be left to the Parliament and not the Judiciary. A petition challenging that decision has been filed, but not even a single hearing has been held.

The Transgender Persons bill currently before the lower Parliament is expected to be discussed later this month.