U.S. and Cuba reopen embassies for first time in more than half a century 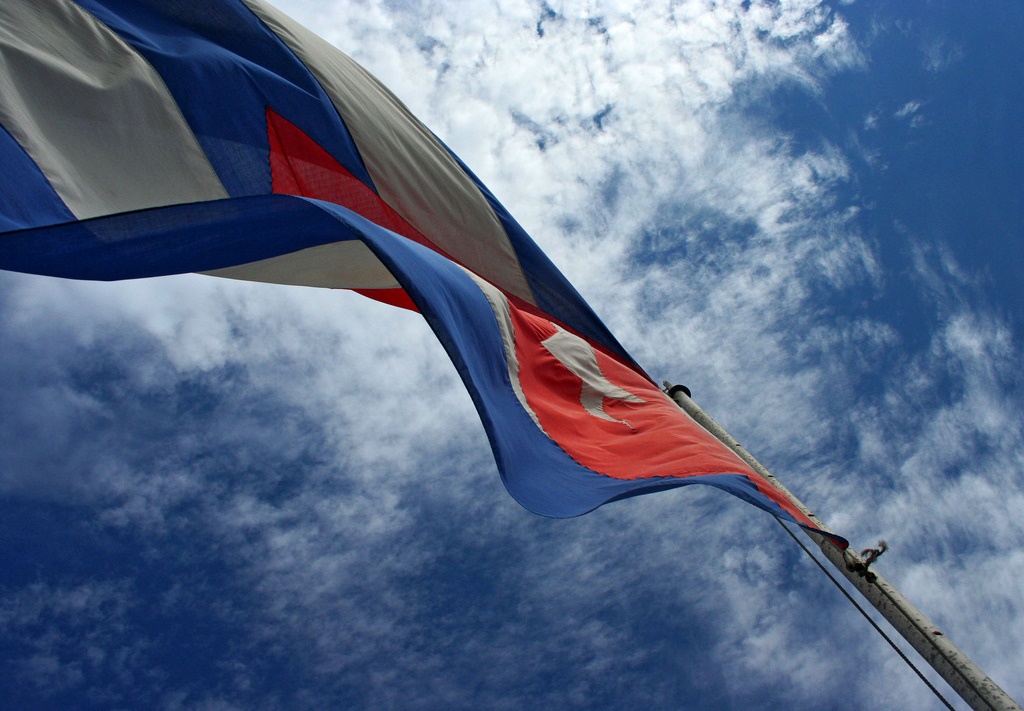 After more than fifty years, the U.S. and Cuba each reopened their respective embassies this week. FSRN’s Nell Abram has more.

Cuba’s national anthem filled the air Monday morning and hundreds of people cheered as a color guard solemnly hoisted the country’s flag in front of the Cuban embassy in Washington, D.C. Cuban Foreign Minister Bruno Rodriguez-Parrilla presided over the ceremony, and was clear that while diplomatic relations are officially restarted, Cuba has very specific conditions that must be met before they will consider relations to be normal.

“Only the lifting of the economic, commercial and financial blockade, which has caused so much harm and suffering to our people, the return of the occupied territory at Guantanamo and the respect for Cuba’s sovereignty will lend some meaning to the historic event that we are witnessing today,” he said.

Rodriguez-Parrilla then met with with U.S. Secretary of State John Kerry, after which the two held a joint press conference.

In his remarks, Kerry said the U.S. has no plans to vacate the naval base at Guantanamo Bay, where the military continues to operate the detention camp that President Barack Obama pledged to close during his first week in office.

“At this time there is no discussion and no intention on our part at this moment to alter the existing lease treaty or other arrangements with respect to the naval station,” the Secretary of State said. “But we understand Cuba has strong feelings about it and I can’t tell you what the future will bring, but for the moment that is not part of the discussion on our side.”

Kerry also reiterated the White House’s call for Congress to end the embargo, but there’s still staunch opposition to lifting the blockade and furthering the thaw between the two countries, particularly in the South Florida delegation.

Calling it a “sad day for U.S. national security and human rights around the world,” Miami Representative Ileana Ros-Lehtinen noted the Sunday arrests of dozens of pro-democracy dissidents, including the leader of the Ladies in White movement, Berta Soler, and accused Cuba of continuing to imprison human rights who are jailed for speaking out for freedom and justice.

Tuesday, a U.S. bank completed the first correspondent deal with a Cuban financial institution, making it easier to move money between the two countries.

By Thursday, the Senate appropriations committee approved three Cuba-related amendments to an overhaul of the Dodd-Frank Wall Street reform bill: One would lift the treasury Department’s travel ban on Cuba, another would end a delay for ships docking in Cuban ports and the third would permit private funding for sales of agricultural goods to the island nation.