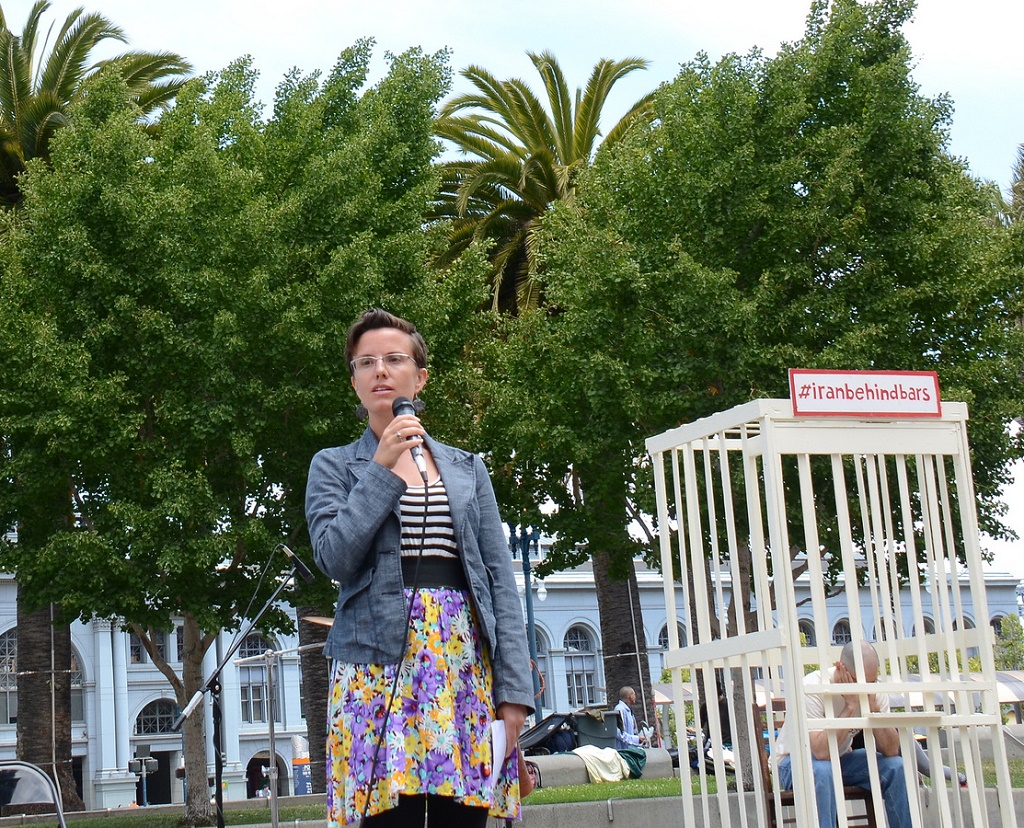 A prisoner exchange with Iran resulted in 11 people freed from prisons Saturday, seven Iranians from US prisons and four dual-citizens from Iranian detention. A twelfth person was also released, though separately from the swap. The Americans freed include Washington Post reporter Jason Rezaian, former Marine Amir Hekmati and a Christian minister, Saeed Abedini.

The prisoner exchange comes amid a week of rapid diplomatic events. Tuesday, the Iranian military intercepted two US Navy boats in their territorial waters and detained 10 US sailors; they were released the following day. By Saturday, the International Atomic Energy Agency certified that Tehran had in fact met its requirements to “curtail its nuclear capabilities” under the Iran nuclear deal. The US then announced that sanctions again Iran were lifted, allowing the country to engage in the global market and gain access more than $100 billion frozen in overseas accounts.

But just after a flight carrying three of the released American hostages left Iran, the U.S. Treasury Department announced a new round of sanctions – this time on less than a dozen specific groups and people allegedly involved in Iran’s ballistic missile program.

FSRN’s Nell Abram talks with Sarah Shourd, one of three U.S. citizens detained by Iran in the summer of 2009 when they strayed across the border while hiking in Iraqi Kurdistan. Shourd spent 14 months in solitary confinement in an Iranian prison before she was released 2011.

Sarah Shourd:  It’s an absolutely stunning and wonderful moment. I mean, when I heard the news, I literally just cried tears of joy. I’ve been walking alongside these men and their families, of course I’ve walked in their shoes, I know what they’re going through and I know what lies ahead for them, now that they’re finally coming home.

NA:  Three of the five prisoners set free in Iran Saturday have left the country and are at a medical facility in Germany. What do you know about the other two?

SS:  One of them was an American who’d been detained for about two weeks, so it wasn’t deemed necessary for him to go to, I mean, two weeks is harrowing, I’m sure he had a horrible experience, not knowing what was going to happen to him, but it wasn’t deemed necessary for him to debrief in Germany, or perhaps he opted out. I know Shane and Josh and I actually opted out of the services that we were offered. We just wanted to be with our families. But the fifth American, almost nothing is known about him, it wasn’t even known, really, that he was detained there, and I have no information. We’re all waiting to find out who this man is and, apparently, he elected to stay in Iran and that’s why he wasn’t on that plane.

NA:  Several large news organizations chose to black out coverage of the pending releases during the final stages. As a former prisoner, your thoughts on the ethics of news blackout?

SS: I think it’s incredibly important. It’s so easy for someone to say something that could derail the whole process. I mean, there’s a precedent for this with other American hostages and political hostages being released from Iran. There was one man, at the very least he was on the plane, and leaving Iranian airspace, and the plane turned around and his whole release was canceled and he went back to prison. So, literally, you don’t know, the smallest thing can derail the whole process up until the very end. And that’s one of reasons why so many of us are so angry. Hillary Clinton, presidential candidate, made these remarks supporting sanctions before the plane with Jason and Amir and Saeed on it had even left the ground.

NA:  The prisoner swap came just hours before the International Atomic Energy Agency verified that Iran has met the requirements of the Iran nuclear deal and U.S. President Barack Obama announced the end to sanctions on about 100 billion dollars in Iranian funds. How do you think these developments were interwoven?

SS:  I think it was all a carefully laid out plan. I mean, this is really brilliant diplomacy in action. I wish it had happened decades ago. And I really wish it happened five years ago so that I didn’t have to sit in solitary confinement for 410 days and my husband and friend didn’t have to sit in prison for two years. I mean, I asked Obama myself, after my release, to do a prisoner swap, and at that time it wasn’t politically viable. And now it is, everything’s lined up, this is the moment and it’s a game changing, historic moment. It’s sets an incredible precedent. In particular, the prisoner swap, which no one’s talking about these seven Iranians being released from U.S. prisons. These people, I don’t know their names, I don’t know their faces, but this is just as joyful a moment for them, being reunited with their families, being able to go home. And these people were convicted of sanctions violations, who didn’t hurt anyone, they didn’t anything violent. They broke the lay, perhaps inadvertently. From what I’ve heard from a lot of Iranian-Americans, sometimes you want to send something home to your family, you don’t realize that you’re breaking a law until you get a knock at your door. And this is very symbolic of what’s the toll the sanctions have been taking on innocent Iranians, normal citizens, both here and, of course, especially in Iran, for decades. You know, particularly in the last five or more years as we’ve been amping them up unilaterally. The Iranian people are ecstatic right now to be finally released from that burden, that unfair burden of sanctions.

NA: Despite this sea-change in diplomatic relations between the U.S. and Iran, just one day after this major shift the U.S. announced new sanctions – this time against 11 specific entities and individuals that U.S. authorities say are involved in ballistic missile systems. Do you think this could unravel the detente?

SS:  You know, I hope not. The worst part of it, for me, was that Hillary Clinton made a public statement supporting these new sanctions before the plane had left the ground with Jason and Saeed and Amir on it. I can just put myself in their shoes, if I had been them I would have been terrified, and their families. But luckily, that didn’t derail the process. But I think it was a clear message from Clinton and from this administration, that they are going to continue to play hardball and, you know, be tough on Iran. I don’t know if it was to score political points on Clinton’s part or what. But, to be honest with you, I haven’t looked into every detail of these new sanctions, but I, in some cases, am okay with very focused sanctions against some of the figures inside Iran. Like, for example, my judge, the judge that convicted Shane and Josh of espionage, he’s Judge [Abolqasem] Salavati. He’s called the “Hanging Judge” because he’s ordered the execution of so many political dissidents inside Iran, including my friend from prison Zahra Bahrami, who was convicted of smuggling drugs into Iran. And I believe she was innocent, because she was picked up at a pro-democracy protest and then she was executed. And so, for many Iranians, to have sanctions against these individuals, these hardliners who are undermining democracy in the future of Iran, is not such a bad thing. I have to look into the specifics, but if they’re targeted, not targeting the Iranian people but targeting the hardliners inside Iran that are undermining the fight for democracy by the Iranian people, then I’m actually okay with it.

NA: Finally, Sarah you spent more than a year in solitary confinement – how did that experience shape who you are now?

SS:  I focus on solitary confinement now. For the last four years, I’ve been investigating it in U.S. prisons, writing about it as a journalist for The Daily Beast and other publications, and I wrote a play called “The Box,” based on true stories in solitary confinement that I’ve collected across the country. And, you know, no matter what country you’re in, having no one to talk to when you’re terrified and sad, there are human beings that are just not wired for it, that isolation can cause permanent brain damage and the U.N. has called it torture. We need each other, we need contact. When all that’s gone, something very frightening happens to your mind and to your soul. And it’s, you know, I’ve had so much support and I’ve had such a wonderful life, and I’m also been sort of able to funnel a lot of the pain that I suffered into the work that I do now, into advocating for justice for the people in my own country and around the world.

Sarah Shourd is a journalist and playwright.  Along with two others, Shourd was detained by Iran while hiking in 2009.  After 14 months in solitary confinement, she was released in 2011. You can find more information about her work and the July, 2016 opening of her play The Box on her website, sarahshourd.com.