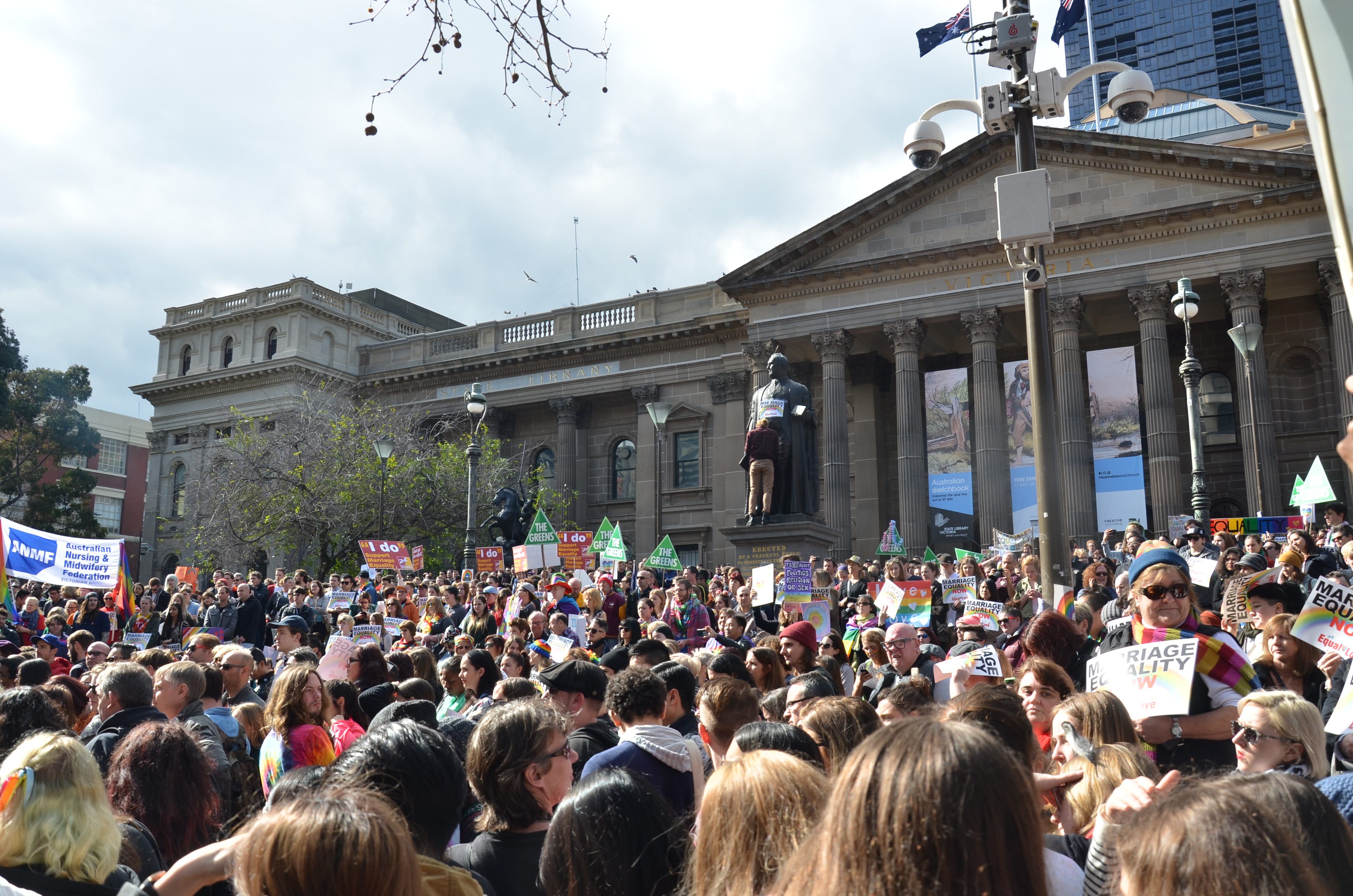 In Australia, the marriage equality debate is front and center as the conservative government struggles to chart a clear way forward on an issue that appears to have widespread popular support. Janak Rodgers has more.

On Saturday, thousands took to the streets in Australia’s second largest city, Melbourne, to rally in support of marriage equality.

The protest comes as Australia’s governing coalition last week ruled out a free vote for its members on the issue of same sex marriage. Instead, Prime Minister Tony Abbott is proposing a plebiscite, or a referendum, neither of which are common in Australia.

But senior government ministers are publicly divided on whether either measure would be necessary, and opponents say the conservative government is simply trying to create hurdles to stall the issue.

Speaking at the rally, opposition leader Bill Shorten from the Centre Left Labor Party promised that if elected in 2016 he would introduce marriage equality legislation within the first 100 days of government.

“We want to support marriage equality because I don’t want to see another generation of Australians growing up feeling stigma because of their sexuality,” says Shorten.

Following the protest, Prime Minister Tony Abbott ruled out holding a public poll at the same time as the federal election due next year.

The government also indicated they’re unlikely to hold a public poll on marriage equality at the same time as an expected referendum on constitutional recognition for indigenous Australians, an issue which the attorney general says should be dealt with separately due to its significance.

Marriage equality now marks a key point of difference between the two major parties and will no doubt remain on the agenda as the election approaches in 2016.