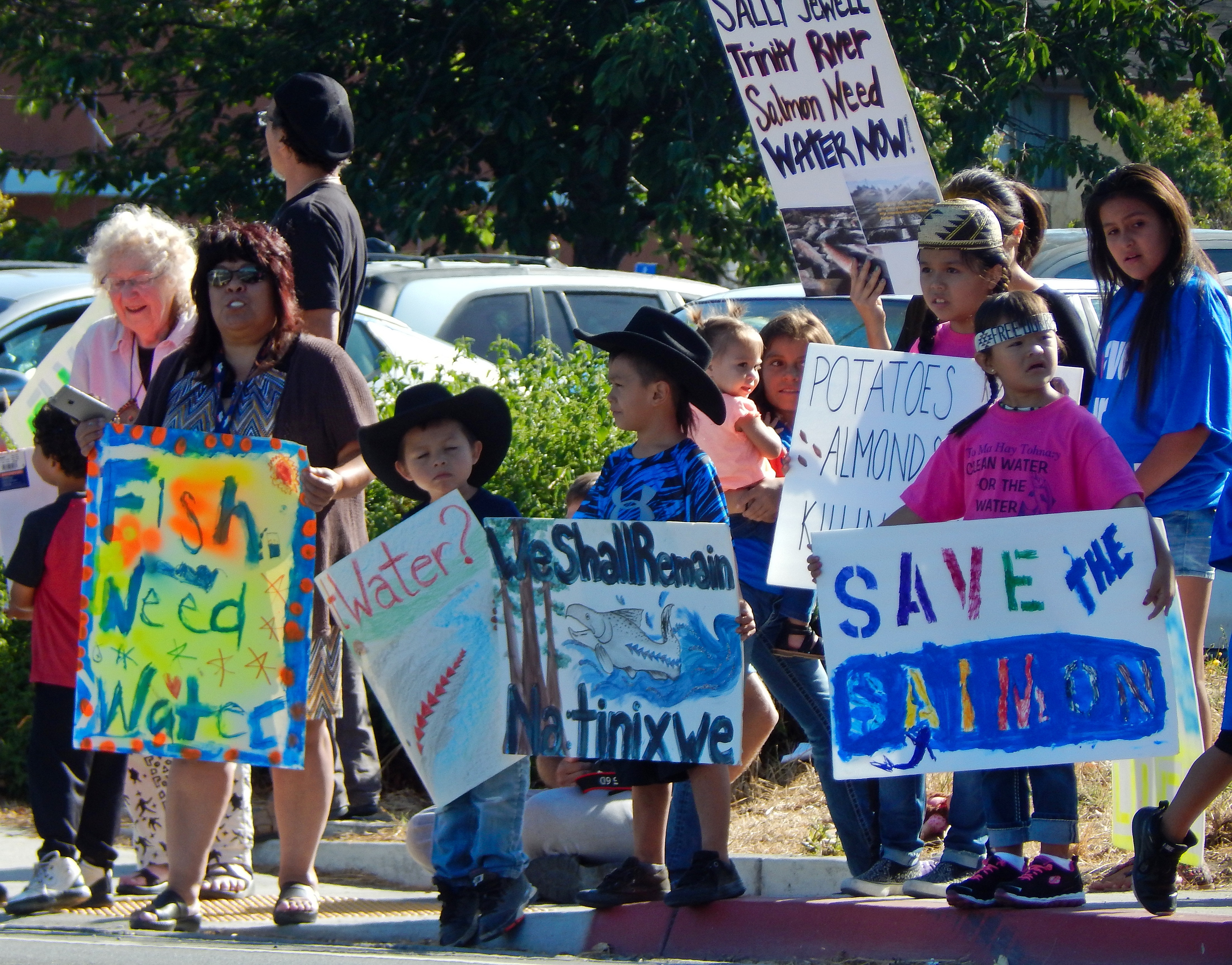 A federal agency’s management of a Northern California river is under criticism for failing to shield fish from the effects of low water flows. Native American tribes have led the opposition to the bureau’s plans. They say both short-term mitigation and long-term management plans fail to adequately protect the fisheries on which their communities depend. Daniel Mintz reports.

The U.S. Bureau of Reclamation is expected to incrementally release water into California’s Klamath River system this week – releases that Native American tribes and other river advocates describe as being too minimal to protect the river’s salmon population.

The month-long period of water releases from Trinity Lake dams will boost Klamath River flows and reduce water temperature, aimed to prevent a fish kill like the one seen in 2002, when 50,000 Chinook salmon died from disease due to low flows.

If another fish kill appears imminent, the bureau plans to double the volume of the releases for one week to flush out the parasites that cause disease.

But the plan is controversial. Tribal biologists say higher-volume releases should be done before emergency conditions develop.

Earlier this month, the Bureau held an open-house event at a hotel in Arcata, California to present their long-term water management plan. Members of the Hoopa Valley and Yurok tribes held a demonstration on the street and moved inside when the event began.

Surrounded by tribal youth and adults holding signs, Yurok tribal member Annelia Hillman spoke into a microphone that had been left on a podium following a presentation from the bureau.

Other tribal members who spoke also demanded that fisheries be a priority.

California is in the fourth year of a drought cycle, and the need for water is acute statewide. Asked about the demands that more water be diverted into the river system than under the current plan, Bureau of Reclamation Deputy Public Affairs Officer Louis Moore said managing water during a drought is a balancing act.

“We are beginning this year with a limited water supply and no snowmelt to supplement what we have in the system, so we have to become creative in meeting the demand that’s on the table – so we talk to the various interests and we try to find out what is the minimum we can do to support the system,” explalins Moore. “And what’s important about that is, if we release the volumes of water that are being asked for, we’re depleting the system that much quicker and we don’t have a replenishing resource.

Tribal biologists disagree with the bureau’s criteria for triggering emergency releases and are also asking for more water during the one-month flow augmentation.

“The risk factors are simply too high this year to give the bare minimum necessary to prevent a fish kill,” Mike Belchick, the Yurok tribe’s senior fisheries biologist, said.

Despite the public outcry and contradictory evidence, the Bureau is moving forward with their original release amounts. A final version of the long-term Klamath management plan will be released in the summer of 2016.