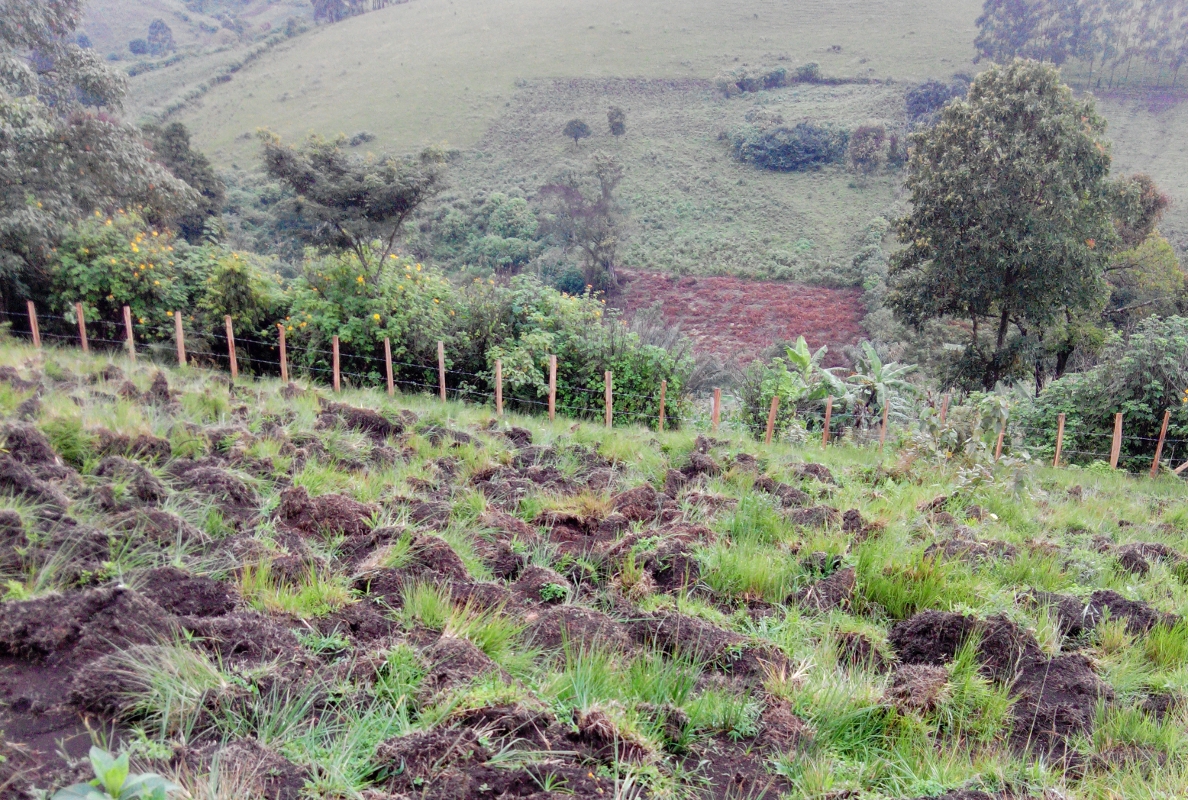 A clash of lifestyles is at the heart of a tense land dispute in Cameroon, pitting indigenous nomadic Mbororo cattle-herders against farmers settling in the Mbororo traditional grazing lands.

The Mbororo are calling on the government to intervene to stop the continuous grabbing of their grazing land. As Ngala Killiam Chimtom reports, some government officials themselves are part of the land dispute.

Musa Julie’s cattle used to graze graciously on vast, lush vegetation in Santa, a locality in Cameroon’s North West Region. But no more. Over seven acres of his grazing land are now owned by a top government official.

“We are not happy with the local administrator for giving out that piece of land because we don’t know where we will settle our cattle and our families,” explains Julie. “That was the only land we were managing, we have lived here for over 80 years. All our grandfathers died here, all their graves are here. It’s here that our cattle are grazing; our entire livelihood depends on that land. We are overwhelmed by this development.”

In May, the local administrator – or DO – for Santa decided to hand the now disputed piece of land to the government official. The Mbororos say they were not even aware of the intent to take the land until after the official received the title.

72 year-old Alhadji Bouba has been grazing animals here his entire life. He says that even protesting land grabs by the rich frequently lands them in jail.

“They will just bring bulldozers and security forces and start bulldozing grazing land. When you protest, you are locked up, or you are simply taken to court. The whole thing is beyond our understanding. Our fathers were born here and they grew old and died here. We too have grown old. We have children and grandchildren. We don’t have anywhere else to go, and we don’t have any other alternatives. These cattle are our own farms, they mean everything to us. We sell them to pay for our children’s school fees; we sell them to buy food,” says Alhadji Bouba.

While land grabbing by the rich and the powerful has become a rising concern for the Mbororos, they also face perennial conflicts with farmers who say the free-range cattle damage their crops. Aisha Bouba, coordinator of the Cameroon Indigenous Women’s Forum, explains.

“The Mbororo pastoralists need a lot of land and space to live with their cattle which is their principal activity and this issue of land grabbing has become a very frequent issue especially in the North West Region where rich people come and grab the grazing land of these Mbororo people,” says Aisha Bouba. “We have this problem too of farmer-grazer conflict. You know, the Mbororo too are living besides the non-indigenous people, and those non-indigenous people are farmers and so most of the time when they come and farm besides grazing land, the cattle will go and destroy their crops and so that generates a lot of conflict between the Mbororos and the farmers”.

Mbororo territory spans the borders of Niger, Nigeria, Cameroon, Chad and the Central African Republic and shifts according the grazing season. Bouba says the notion that Mbororos don’t own any land simply violates the 1974 land tenure ordinance.

Aisha Bouba and other advocates want further land reforms and a reform of the country’s pastoral code to clarify indigenous land ownership..

Interview requests to government officials accused of land grabbing in the region were not answered.

Cameroon’s government began consultations with various stakeholders in 2010 in view of revising the 1974 Land Tenure Ordinance. The outdated Ordinance indicates that all unregistered land belongs to the state. It also requires long, complicated procedures for obtaining title deeds, making it extremely difficult for groups with low literacy rates, as is the case with the Mbororos.

“There is a draft text which is being examined at the highest level of the government to see that land transactions, whether executed by territorial services or our technical services are given the minimum costs possible for the fastest track to be applied on these documents,” says Nasako.

Cameroon is also working on a new Pastoral Code, which among other things, aims to clarify the demarcation of boundaries between pastures and farmland.

The Pastoral Code legislation calls for the creation of corridors for cattle in the case of nomadic herding.

However, both the land reform and pastoral code bills are moving very slowly through the halls of government. And subsistence cattle-herders like Musa Julie can’t afford to wait.