Obama calls for U.S. to take in at least 10,000 refugees as hundreds of thousands arrive in the EU 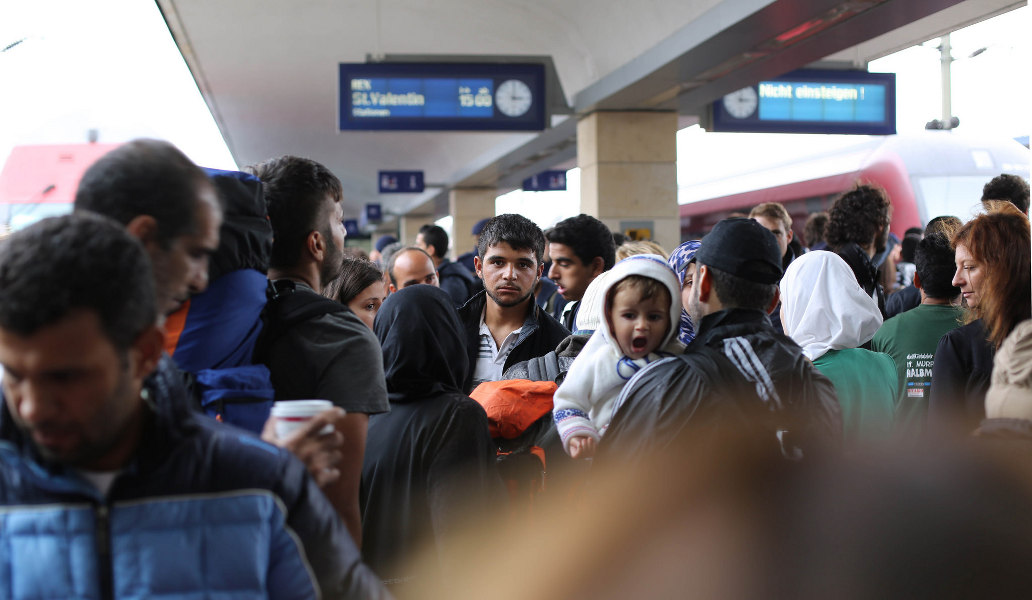 The White House is making plans to accept thousands  more Syrian refugees than the 1,500 previously cleared for resettlement inside the United States. Thursday, spokesman Josh Earnest said the president has directed his staff to increase the number in the coming year.

“He has informed his team that he would like them to accept, at least make preparations, to accept at least 10,000 Syrian refugees in the next fiscal year.”

This comes as European nations continue their struggle to craft  a unified response to the hundreds of thousands of refugees pouring in from the Balkans. FSRN’s Jacob Resneck has more.

Television images beam the sights and sounds of miserable looking refugees braving rainstorms in rural Hungary as they flee the violence of the Mideast. For there’s no sign of the flow of refugees easing as tens of thousands attempt to make it into Europe as summer nears its end and autumn rains and cooler temperatures set in.

The European Commission is trying to forge a common response to the humanitarian crisis and help resettle the estimated 160,000 people who have already entered the European Union with many more expected in coming weeks.

“This is a refugee crisis that affects all of our member states and it is not now the time for individual or isolated actions,” says European Commission spokeswoman Natasha Bertraud. “Now is the time for a coordinated European response.”

The warnings come as chaotic scenes continue in the Hungarian capital Budapest as refugees scuffled to board trains to Austria and other wealthy EU member states. The European Council on Refugees and Exiles now says just five EU countries are registering 70 percent or more of those seeking asylum in Europe ­ Germany, France, Hungary, Italy and Sweden.

That’s despite the fact that for many, Greece is the first EU country refugees enter. But virtually all of them continue up the Balkan Peninsula toward western and northern Europe.

Some countries resist taking in the new arrivals. Denmark shut down a highway from Germany and Austria closed roads and canceled train service from Hungary. Slovakia and Czech Republic have also balked at accepting a quota system proposed by the European Commission.

There are some welcoming scenes as well. At a makeshift camp in downtown Brussels, ordinary people have turned out to help feed and clothe refugees, many of whom are sleeping in donated camping tents.

Mahmoud, 22, from Mosul, Iraq arrived in Brussels about a month ago after fleeing militants fromthe so­called Islamic State. He says the Belgian state has granted him temporary residency while processing his asylum claim.

“Belgium is a country that’s welcoming to refugees,” he told FSRN. “It’s safe and secure ­ so I can’t really ask for anything more.”

Charlotte, a Brussels resident, showed up to the camp with homemade tomato soup to help feed incoming refugees. She said the European Union needs to unify around this crisis rather than the piecemeal response from different countries.

“The first message we need to give is that it’s not Belgium or France,” she says. “It’s Europe as one united, has to do something,” she told FSRN. “Because at this moment now we are doing too little. Some countries are doing well, like Germany is doing very well. We need to do work like with open world, one Europe. We need to open our borders and to see what is possible. But it’s a difficult question.”

For those still trying to make it into Europe a difficult path awaits. Hungary has vowed to get tough next week and employ increased police powers to crackdown on illegal border crossings. That could mean imprisonment for those who try to cross without permission, and there are fears of violent clashes between riot police and desperate migrants.

The refugee issue is polarizing across the continent. Even in Germany whose leaders have adopted a welcoming attitude towards refugees, many people still have reservations. A poll this week by Germany’s public broadcaster ARD found that 61 percent of Germans said they were not worried about an increasing number of refugees. But 38 percent said they felt frightened by the newcomers. And it’s these divisions that are playing out across the European Union.