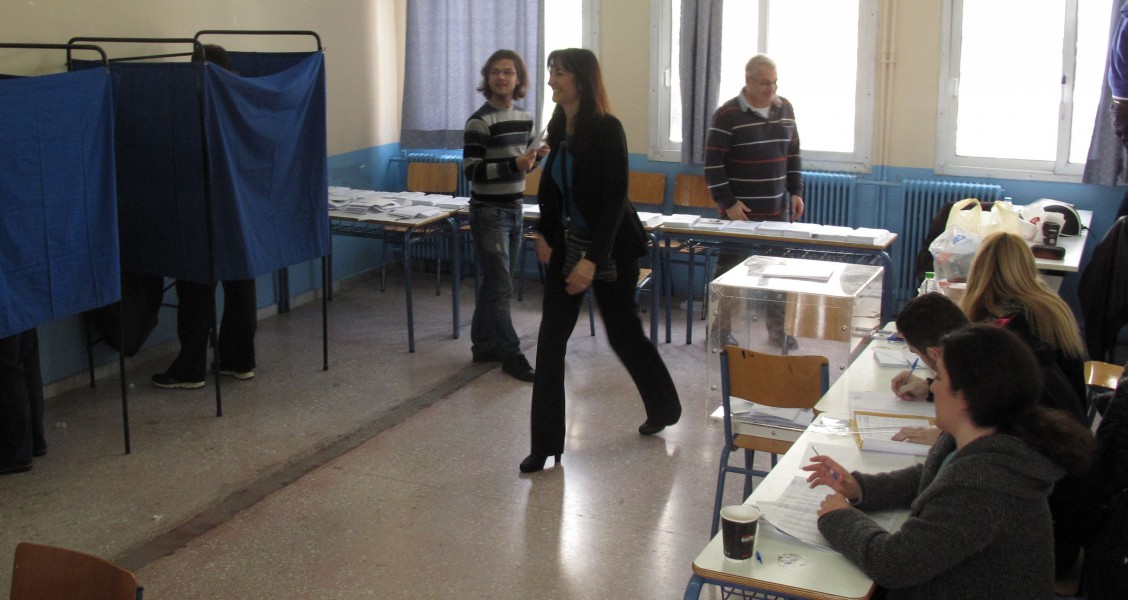 Voters in Greece delivered a resounding victory to a radical left-wing party in what’s being hailed as a popular tidal wave of opposition to Europe’s austerity policies that have that brought deep cuts in public spending and plummeting standards of living for millions across the continent.

In Sunday’s poll, the Syriza Party came just one point shy of forming a government. But they quickly agreed to form a coalition with a right-wing party also interested in forcing a re-negotiation of Greece’s crippling debt. Jacob Resneck reports from Athens.

“I want to thank the waves of solidarity towards the Greek people that have come from every corner of Europe,” Tsipras said at a victory rally in a speech that addressed more than just voters in Greece.

At the polls Sunday, many said they were cautiously optimistic that Syriza could take on the European Central Bank, IMF and European Commission. Over the past five years, the international financial institutions delivered a series of bailouts totaling more than $270 billion dollars – 90 percent of which was used to pay off bad loans and save European banks.

Greek taxpayers are on the hook for a debt that is still valued at 175 percent of the country’s GDP — making it virtually impossible for the country to pay it off.

That led more than 36 percent of voters to cast votes for Syriza whose leader Alexis Tsipras has cast himself as a political outsider.

“He makes you think we might have change in the political system. He’s young, he’s not part of the system – yet. So we have some reason to believe him,” 33-year-old architect Antonis Kiourktsis said.

Others echoed this sentiment.

“I decided to support the change in Greece. Because all these years the Greek people have suffered enough, from this system,” 48-year-old civil engineer Artemis Papadoplou said.

Greece’s election has been closely watched throughout Europe. Representatives of Greece’s creditors dug in, saying they will not negotiate over the country’s debt. Other ascendant political parties, like the left-wing Podemos Party of Spain, helped campaign in what’s turning into a transnational political coalition organizing to confront austerity policies that have hit indebted European nations hard.

Alex Merlo, an adviser to the Spanish Podemos party’s delegation to the European Parliament, says Syriza’s message is resonating across Europe.

“The fact of having a party that has a massive democratic support which is ready to confront austerity is something that we might also have in a few months time,” Merlo told FSRN. “And also we think that the alliances between the different peoples of Europe will be crucial in order to confront the power of the financial corporations and the [IMF/European Central Bank/European Commission] in Europe.”

Moving forward will not be easy. Just one deputy short of an absolute majority, the Syriza-led government was forced to enter into coalition with a right-wing party with which it disagrees on many social issues. Nevertheless, many here predict that this could be a turning point for European nations buckling under massive debt, forcing central powers to re-think the wisdom of imposing deep cuts in time of recession.