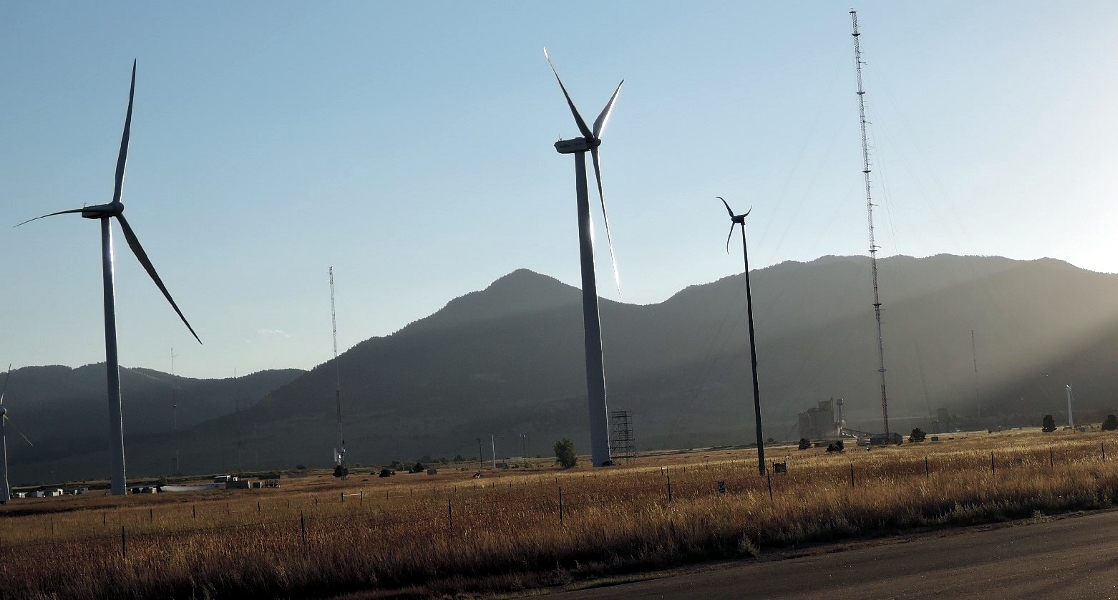 A federal appeals court in Washington D.C. has refused to block implementation of the Environmental Protection Agency’s Clean Power Plan. President Obama and the EPA published the final draft of the CPP in early August, but the clean air standards faced opposition from power utilities and Attorneys General months before the plan was even finalized. Fifteen states – including Colorado – intend to file suit against the Clean Power Plan as soon as it’s published in the Federal Register. FSRN’s Hannah Leigh Myers reports from Boulder.

Critics and supporters alike say the EPA’s Clean Power Plan is the most dramatic action in U.S. history to regulate air pollution. The plan, announced last month by President Obama in an executive action, uses regulatory tools within the Clean Air Act to make power plants reduce their carbon dioxide emissions. The goal is to cut the sector’s CO2 emissions by almost one-third by 2030.

But Attorneys General from at least 15 states, with backing from multiple power industry giants and presidential candidates, are threatening to sue the EPA claiming the Plan is an overreach of authority and could harm state economies.

Erin Overturf, Senior Staff Attorney in the Energy Program for Western Resource Advocates, says the regulatory mechanisms behind the Clean Power Plan have been in practice for decades.

“This is just how Clean Air Act works. EPA establishes standards or emission limits and then provides the states with an opportunity to craft individual state plans to comply with those limits that have been established by EPA. So, in that sense, the Clean Power Plan is really nothing new,” explains Overturf. “This is really how air regulation works and this is how the relationship between federal and state governments have worked since the beginning of the Clean Air Act.”

The crux of the legal argument against the Clean Power Plan stems from a clerical error resulting in two separate versions of an amendment to a rarely cited section of the Clean Air Act. The EPA is using the version of the amendment that allows the agency to regulate carbon emissions at all fossil fuel-burning power plants. The alternate version has allowed some older power plants skirt regulation on carbon emissions.

Mark Squillace, Director of the Natural Resources Law Center in Boulder, Colorado predicts the courts will defer to the EPA’s interpretation.

“The industry is going to point out, well you’ve almost never used this provision so why now and why in this sort of unique why where you’re going to affect a huge industry that you’ve never regulated in this way before. But on the law, at least in terms of what the law says, I think the EPA’s in a relatively strong position,” says Squillace.

Older power plants unable to find ways to cut emissions may have to shut down or face replacement by more energy efficient facilities.

Stricter regulations will affect plants burning coal more than their natural gas using counterparts. Many of the states threatening to challenge the CPP have strong ties, both financially and historically, to the mining industry.

“I think the calculations that have been done show that it would only have an impact of two hundredths of one degree and that’s a very very tiny amount in the big picture…it’s a nit…it’s nothing…for a huge price,” says Orf. “The numbers that have been calculated is that it could cost $363 billion to implement.”

Republican lawmakers – and now state Attorneys General – have increasingly pushed back on federal attempts to regulate emissions or industries linked to climate change. Some GOP politicians deny climate change outright. Others cite potential damage to state economies or claim the White House is exaggerating risks to the environment as a means of gaining federal control.

Adam Reed, at the University of Colorado – Boulder’s School of the Environment and Sustainability, also believes most courts will side with the EPA on the Clean Power Plan but says the challenge to it isn’t necessarily negative.

“It’s part of us ensuring that we keep our separation of powers healthy and in check. It’s part of ensuring that we have voices heard from all sides of the spectrum and it’s part of also allowing the government and it’s regulated industries to engage in this kind of Kabuki theater, which is how we get to compromise,” Reed explains.

“To me it’s very reminiscent of Obamacare and the the lawsuits that we saw around that. There were a bunch of Attorneys General that challenged Obamacare on very similar grounds arguing that it was an overstep of federal authority and that it was challenging state’s rights to manage that issue themselves,” points out Overturf. “I think that unfortunately the reaction to the Clean Power Plan really reflects where we are with climate policy more broadly in this country right now.”

As with Obamacare, the challenges to the Clean Power Plan may result in a lengthy legal a battle that many expect will end in the Supreme Court. Regardless of the court’s ultimate ruling, the Clean Power Plan is expected to change the mood at this year’s United Nations Conference on Climate Change in Paris. International climate policy analysts point to the Clean Power Plan as a positive step after years of green talk but little policy action from one of the world’s largest polluters.