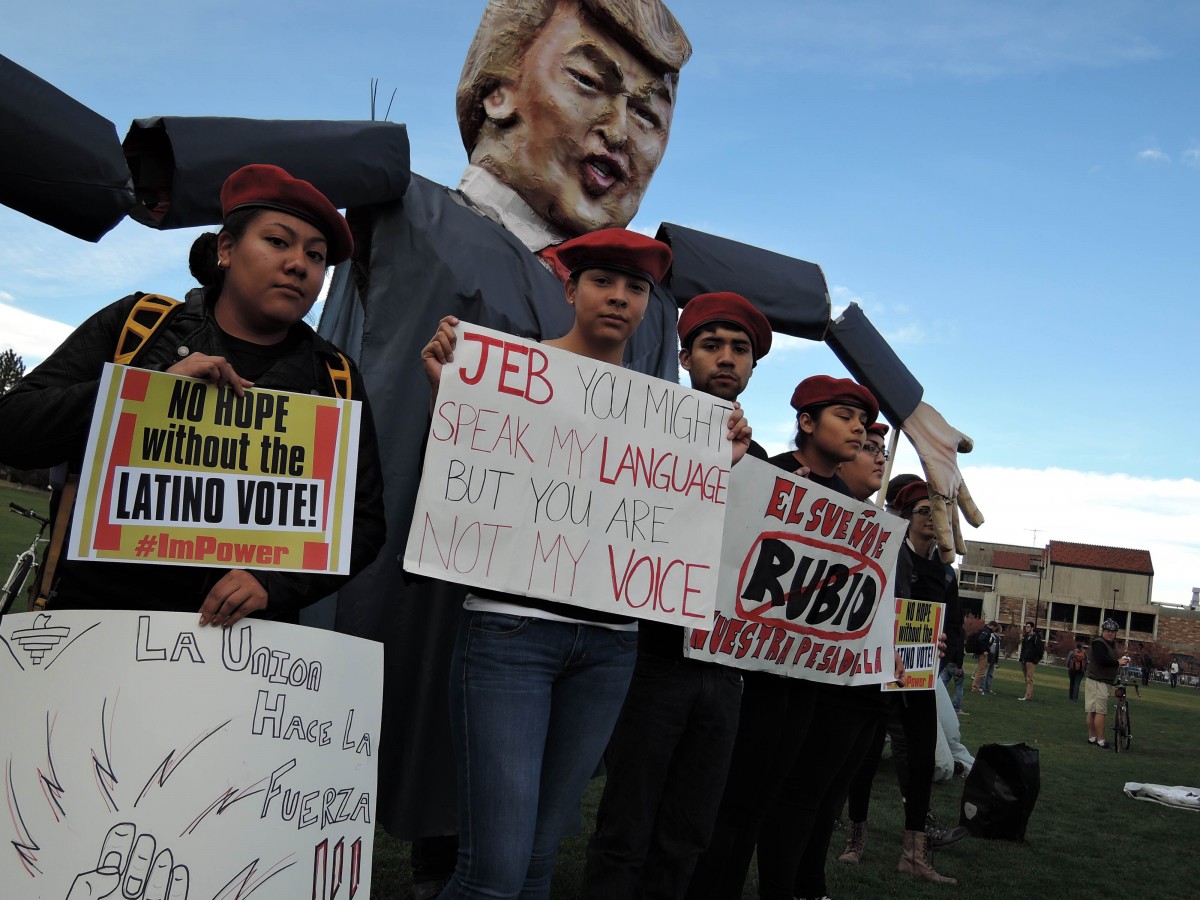 Before Wednesday’s GOP Presidential debate on the University of Colorado campus, thousands of leaders and concerned citizens participated in nearly a dozen rallies and protests across Boulder, Colorado. One of the largest rallies was held by the Latino community to launch a new voter registration campaign demanding minority respect and action on the issue of immigration. FSRN’s Hannah Leigh Myers has more.

The GOP debate brought nearly two thousand people to the university campus under the banner of “My Country, My Vote.” But the largely Latino rally-goers weren’t here to cheer on the candidates. They came to launch a 12-month voter registration drive calling on the next president and Congress to prioritize, create and pass a fair and comprehensive immigration reform policy in the first 100 days of the next presidential term.

”We need to understand and tell people not to be intimidated by that rhetoric and that hopefully that we can get angry enough so that will motivate us to bring us to the polls,” remarked longtime civil rights and labor activist Dolores Huerta, just before addressing the crowd. She said she hopes the xenophobia and hate rhetoric she hears on this year’s campaign trail inspires massive voter turnout, “because the only ammunition that we have to counter all of that hatred is the vote; the pens and our pencils to mark those ballots..and if we don’t do that, then the haters are going to win.”

Over the next year the “My Country, My Vote” campaign will work to mobilize voter participation from communities of color particularly within the U.S.’s largest and fastest growing minority population: Latinos.

They hope to show politicians building campaigns on anti-immigrant rhetoric that – this election – the Latino vote is too powerful to ignore.