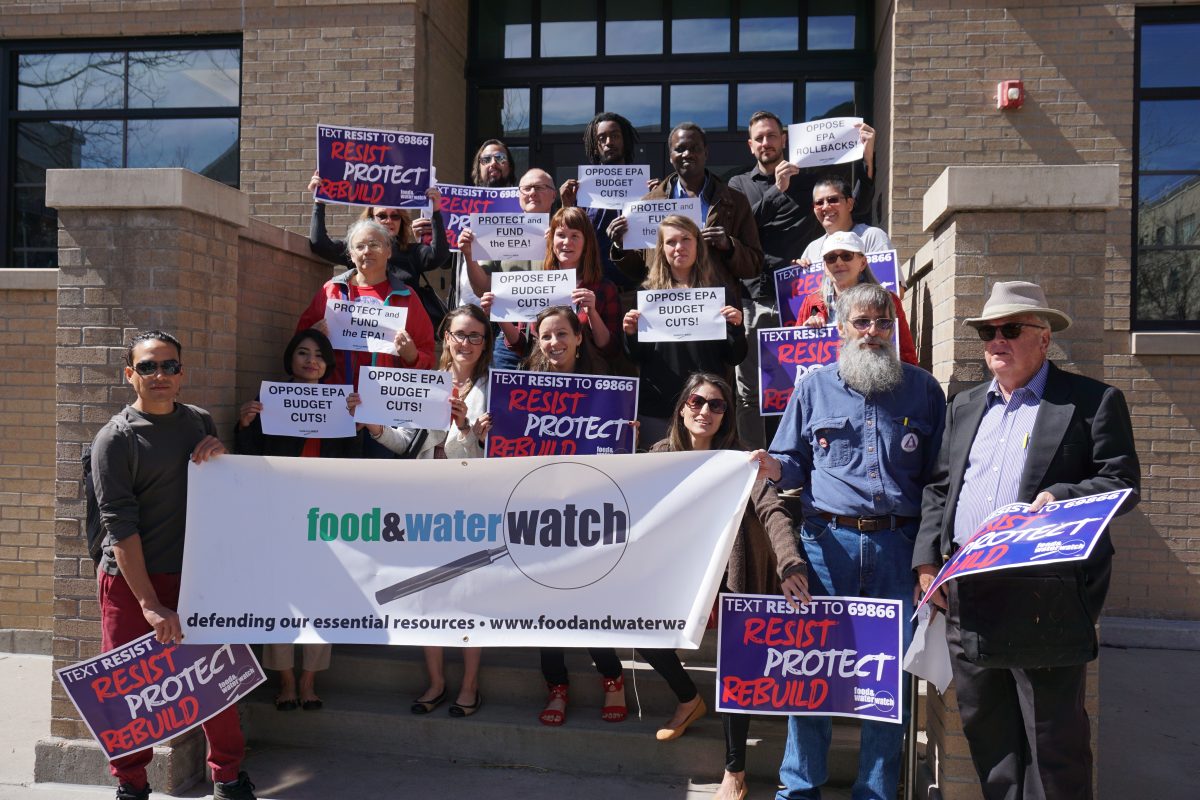 The State Dept announced Friday that it has issued a Presidential permit allowing construction of the Keystone XL pipeline to begin. The project was put on ice in Obama’s second term and then revived by executive order in the first week of Trump’s presidency.

The pipeline is designed to carry oil from Canadian tar sands to Gulf Coast refineries in Texas and has been the focus of years of campaigning by climate activists. The southern leg of the pipeline – from Oklahoma to the Gulf Coast was constructed separately. Environmentalists say the project depends on the dirtiest form of fossil fuel when the focus should be on investing in renewables.

Meanwhile, the Trump administration is pushing for a $2.5 billion downsizing at the Environmental Protection Agency, putting the EPA at the top of the White House’s funding cuts list in the 2018 budget proposal blueprint. As FSRN’s Hannah Leigh Myers reports from Denver, those proposed cuts put thousands of EPA projects and careers in limbo and are causing the public to push even harder on lawmakers to defend federal environmental protection.

In solidarity with a crowd out front, around 10 young people squeeze into a cramped entryway at Colorado Senator Michael Bennett’s offices.

“It’s a deep cut. It’ll be moving employees out the door. There’s even rumors that two of the ten regional offices may have to disappear and Denver was included as one. We’ll see extreme retrenchment on the progress the agency has made in the last four decades,” explains Wes Wilson.

Wilson worked for the EPA for 35 years as an Environmental Engineer and now he’s a member of Save EPA, a group of former employees rallying in support of the agency.

Before taking the job as EPA Director, Scott Pruitt – as Oklahoma Attorney General – was one of the agency’s fiercest foes. He openly refutes the science that human activity is the main driver behind climate change and he wants to leave enforcement up to the states: “I really want to work with locals, counties, cities, towns across this country. Set some benchmarks. How are we going to improve? And I want to hear from you and know how to do that.”

And although collaboration sounds nice Wilson says it could be a disaster in disguise.

“EPA maintains a series of top professionals, PhDs and scientists within its laboratory system. We have experts on everything from cryptosporidium to lead consequences in young children,” explains Wilson. “We have this expertise that’s not replicated in the states and I think the president does not understand, nor does Pruitt understand, and perhaps not even care, that it takes a team. And it’s not going to be done when you take one team member out as critical as EPA out of the game.”

Major funding cuts at the EPA could have a huge impact on state-level healthcare and environmental initiatives. Martha Rudolph, Director of Environmental Programs at the Colorado Department of Public Health and Environment explains.

“The federal funding is a big deal. We get about $30 million a year, this is for this last fiscal year, from EPA,” Rudolph points out. “That represents about a third of our total budget for the environmental programs.”

Those programs include the state drinking water, clean air and hazardous waste programs as well as funds set aside for the cleanup of Superfund sites. Nearly half of the country’s 54 Superfund cleanup sites are in Colorado.

Funding cuts could also affect the EPA’s ability to clean up its own mess – like the site in Silverton, Colorado where in 2015 an EPA subcontractor released millions of gallons of toxic waste out of the Gold King Mine into the Animas River.

Colorado lawmakers say new EPA leaders have assured them the Gold King Mine cleanup will continue and Pruitt has said the clean up projects are agency priorities and that, “Superfund is an area that is absolutely essential and an objective that we have as part of our administration.”

Many aren’t surprised the EPA is using the high profile spill to show cuts won’t stop big cleanup projects. However, hundreds of miles of abandoned mines in the Rocky Mountains are leaking acidic fluid daily without making headlines. With a third of the EPA budget on the chopping block it’s unlikely that larger but less media friendly issue will be resolved any time soon.

Back in Denver, members of Colorado People’s Alliance emerge from their meeting with Senator Michael Bennett’s staff.

“It definitely felt more official than kind of standing outside holding signs and chanting,” Guyeter recalls. “I mean, that has it’s time and place but, it was very cool that these are the staffers that are actually working on shaping this policy. So, ya, that felt good.”

Until the 2018 budget is finalized nothing is certain, other than the fact that, rallies like the one at Senator Bennett’s office in Denver will continue across the country as concerned citizens put increasing pressure on local lawmakers to fight on their behalf.