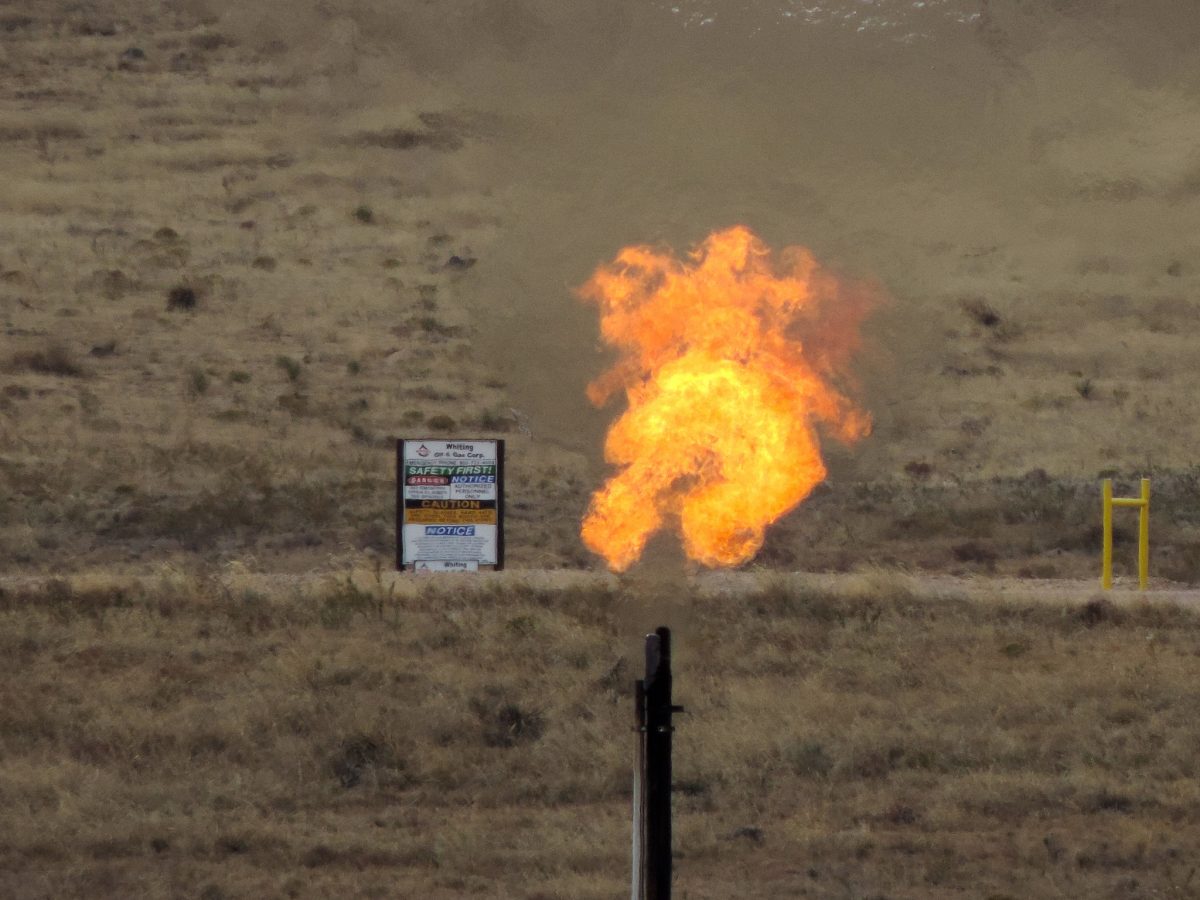 Wednesday, the Senate confirmed Ryan Zinke as head of the Department of the Interior. The Montana Republican got right to work, wasting no time reversing an Obama-era ban on the use of lead fishing tackle and ammunition on federal lands. According to the Center for Biological Diversity, 130 species of birds and animals are contaminated by spent ammunition, and consuming the lead poisoned game or fowl poses public health risks.

During Zinke’s hearings, he said he also plans to support efforts to use the Congressional Review Act to reverse a Bureau of Land Management rule cutting wasted methane at oil and gas sites. FSRN’s Hannah Leigh Myers reports.

Representative Ryan Zinke’s appointment as Secretary of the Interior had bipartisan support and analysts are crediting his diverse policy stances.

On one hand, he’s backed expanding federal governance of public land and defended water conservation. And during confirmation hearings he disagreed with President Trump’s position on climate change.

However, Zinke has also come out in defense of the oil and gas industry, criticizing the Obama administration for excessive environmental regulations, saying, “We’ve seen, time and time again, excessive overreach, not based on scientific data but based on an agenda.”

It’s an argument the GOP-controlled Congress has used to target a handful of regulations that President Obama put in place at the end of his term, using the obscure Congressional Review Act – or CRA. One of them is a Bureau of Land Management rule that limits methane leaks, flaring and venting from mining operations.

During the Senate committee hearings, Zinke agreed to support reversing the rule, while at the same time acknowledging the problems the rule is designed to address.

Deputy Director for Energy and Climate with the Wilderness Society, Josh Mantell, cites an ICF International and the Environmental Defense Fund study showing just how costly that methane waste could be: “$330 million dollars worth of taxpayer-owned natural gas is wasted every year. I mean this is enough natural gas to heat 1.5 million homes a year.”

The oil and gas industry has spent millions lobbying against those statistics, citing a study by Environmental Resources Management claiming the BLM flaring rule could shut down up to 40 percent of wells on federal lands costing millions more than limiting waste would save.

Dan Haley, president and CEO of the Colorado Oil and Gas Association, also claims the rule is unnecessary, given that since 1990 methane emissions from natural gas systems have fallen by 18.6 percent.

“We have been spending billions of dollars as an industry nationwide on leak detection and repair programs and certainly here in Colorado spending millions to make sure we’re doing all we can to keep that methane in the pipe,” Haley said. “Oil and gas companies do these very innovative, high tech programs to monitor and find out where there are leaks and go in and fix them right away.”

Josh Mantell of the Wilderness Society says the oil and gas industry is underestimating the value those methane sequestration programs have on the economy and job markets.

“There is an actual industry that is popping up and growing around methane mitigation. In 46 states, you have some kind of representation of the methane mitigation industry and over 500 different locations,” Mantell points out. “I mean, this is real American innovation and manufacturing that can be done.”

The BLM’s methane rule passed after five years of work with 300,000 public comments and eight public forums, but the GOP’s plan to use the Congressional Review Act to reverse the rule could negate those efforts.

Under the CRA, not only can Congress rapidly reverse rules finalized at the end of the previous president’s term, they can do so with little to no input from the public.

Only used once before the Trump administration took office, the CRA also blocks the creation of substantially similar regulations once a given rule is overturned. That’s why Colorado Rep. Jared Polis and others say opponents of the methane rule, as currently written, would be using the wrong tool if they utilize the CRA approach.

“It doesn’t make sense to use the CRA to repeal this BLM methane rule,” Polis said. “Regardless of the rules that they are impacting, they are a reckless, blunt tool, and they are not the right instrument for honest, thoughtful legislating.”

The details of coming budget cuts at the EPA are murky. But what’s clear is the White House plans to deeply gut the agency, with clean air programs in the crosshairs.

The EPA estimates gas leaks make up almost 30 percent OF U.S. methane emissions. And studies show that although far less abundant, Methane is 87 times more powerful as a greenhouse gas than carbon dioxide.

With the Interior Department’s purview over offshore drilling, federal lands and relations with Native American Indian tribes, coupled with Zinke’s position on climate change, methane mitigation could be a priority for the incoming Interior Secretary.