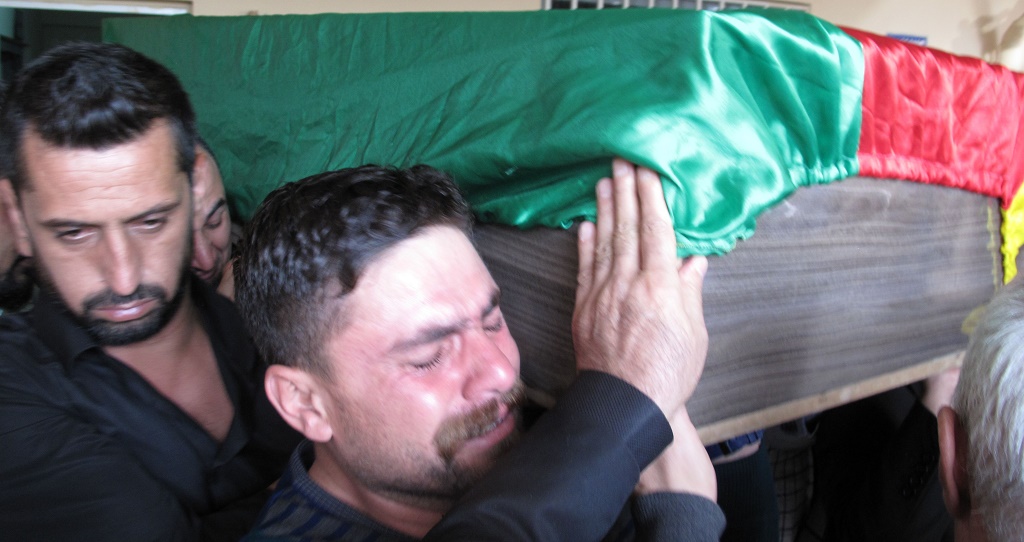 Across Turkey, families and friends said good bye to loved ones as they buried their dead following a twin suicide attack over the weekend. On Saturday, two blasts ripped through a crowd at a peace rally held by Kurdish and leftist activists in the capital, Ankara. At least 97 people died, many more were wounded.

In the predominately Kurdish southeast, Saturday’s tragedy is compounded by continued clashes between security forces and guerrillas in towns and cities across the region, as the country slides back into open confrontation between the military and the Kurdistan Workers’ Party (PKK). FSRN’s Jacob Resneck reports from Diyarbakir.

As the country comes to grips with the deadliest attack on civilians in its modern history, many are questioning how it could have happen — and why. Why did it take security forces and emergency services more than 20 minutes to arrive at the scene outside Ankara’s central train station?

No one has yet claimed responsibility. Turkey’s government condemned the attacks and broadly suggested who it suspects might be responsible.

Prime Minister Ahmet Davutoglu said Monday that either the PKK or a deeply infiltrated radical group could be behind the carnage. But in an interview with Turkish broadcaster N-TV he said the so-called Islamic State, known here by it Arabic acronym DAESH, is most likely to blame.

“These three terrorist organizations are seen as potential suspects for this attack, but when we looked at how the attack happened and the general tendency of the events, DAESH has become the primary suspect,” the prime minister said Monday.

Many people here blame the government for, at the very least, failing to protect its own people.

In Diyarbakir, hundreds of mourners turned out to bury a local politician and an elderly woman activist, both of whom were killed in the attack.

Civic leaders in Diyarbakir say so far there are more questions than answers. Mayor Gultan Kisanak notes that the bombs exploded near some one of the most guarded areas of the city.

“The prime minister’s office building is there, all of the important institutions are in that very center and there are intelligence officers who are protecting them,” she said. “There are cameras everywhere. So for such blasts in such a central area, it is impossible that the state had no knowledge that this was going to happen.”

The weekend attack came the same day that the PKK offered a unilateral ceasefire to allow for parliamentary elections, scheduled in less than three weeks. But the government dismissed the offer, calling it a political tactic and doubled down on its assault on PKK guerrillas in the mountains.

At the funeral, Veysel Ok, a local media attorney,  says people here don’t want to return to war. They’ve already had plenty of that in more than 30 years of an insurgency that’s claimed more than 40,000 lives, and counting.

“People are so angry, I think. From the government… from the state,” he said.

“I think people don’t want war. They don’t war,” he said. “Yesterday they were walking in Diyarbakir, about 10,000 people were walking and they said one thing: only peace.”

The PKK issued a statement on an affiliated website Monday, saying out of respect for the dead it will continue its unilateral ceasefire – but added the group would defend itself if attacked.

The historic center of Diyarbakir remains sealed by security forces aiming to clear PKK fighters from the heart of the city.  An opposition politician told FSRN Monday that security forces killed at least half-a-dozen people in the city since Saturday.

And for the residents of Diyarbakir, a return to some semblance of normal life seems to be an increasingly distant prospect.

Assistance for this reporting was provided in part by Platform for Independent Journalism (P24), an Istanbul-based non-partisan association whose stated mission is to promote independent journalism in Turkey.