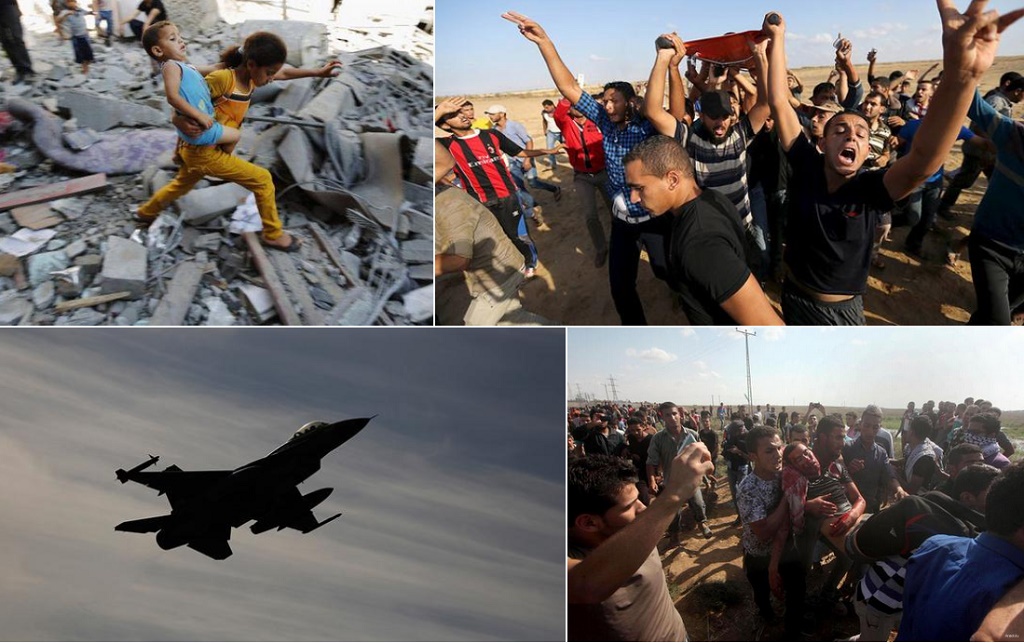 Tension continues to spiral in Israel and the occupied Palestinian Territories.  After a week of growing unrest in the West Bank, the violence spread to Gaza where the Israeli military met week-end rocket fire with an  airstrike — killing a pregnant mother and her 2-year-old daughter.  Monday another four stabbing attack attempts were reported in East Jerusalem. Lena Odgaard reports.

Monday morning, a Palestinian man attempted to stab a group of Israeli police officers. CCTV footage shows the officers approaching the man who suddenly jumps at one of them with a knife. He is quickly surrounded by several officers who shoot and kill him. Later, in two other separate incidents, two Palestinians were shot and seriously wounded after allegedly stabbing a police officer and two Israeli teenagers.

The attacks are the latest in a series of stabbing incidents primarily carried out by Palestinians against Israelis throughout the past week. The uptick in violence started after a young Palestinian girl was shot dead by Israeli soldiers in Hebron in September allegedly wielding a knife. A week later an Israeli couple was shot and killed as they were heading to their home in a settlement in the West Bank.

Speaking to his cabinet Sunday, Israeli Prime Minister Benjamin Netanyahu said he will not tolerate internal incitement: “We will use all means at our disposal against instigators from any direction.”

Several human rights organizations, including Human Rights Watch and Amnesty International, accuse Israel of excessive use of force and warn that this is only leading to further escalation of the violence.

According to Shawan Jabarin from the Palestinian human rights organization, Al Haq, the use of excessive force is not something new. He points out that this year alone Israeli soldiers and settler extremists have killed more than 25 Palestinians, all before October’s escalation.

Jabarin has analyzed videos documenting the shootings of several of the alleged attackers and sees little evidence of a threat to the lives of Israeli soldiers or policemen before they opened fire.

“This gives us an impression that these days the military and police, they shoot to kill. It’s like extrajudicial killing,” Jabarin explains. “It’s not just using excessive use of force.”

He’s worried about this new apparent trend of young Palestinians carrying out random stabbing attacks.  “You see a 16-year-old just carry his knife and go to stab and he knows well that he will get shot and killed – it is a dangerous issue. We have to wake up and to think that these people have lost their hope,” says Jabarin.

Throughout the West Bank, Palestinian protests calling for an end to the Israeli occupation continue while similar protests in Gaza over the weekend were heavily subdued by Israeli forces.

In response to rocket-fire from Gaza, Israel launched several airstrikes killing a pregnant woman and her 2-year-old daughter when warplanes targeted their home early Sunday.

The number of Palestinians killed since the start of the month has now reached at least 25, among them eight children and youth. Additionally, the Palestinian health organizations report at least 3,000 people have been injured, more than 1,000 by live and rubber-coated bullets.  In the same period, four Israelis have been killed and dozens injured.