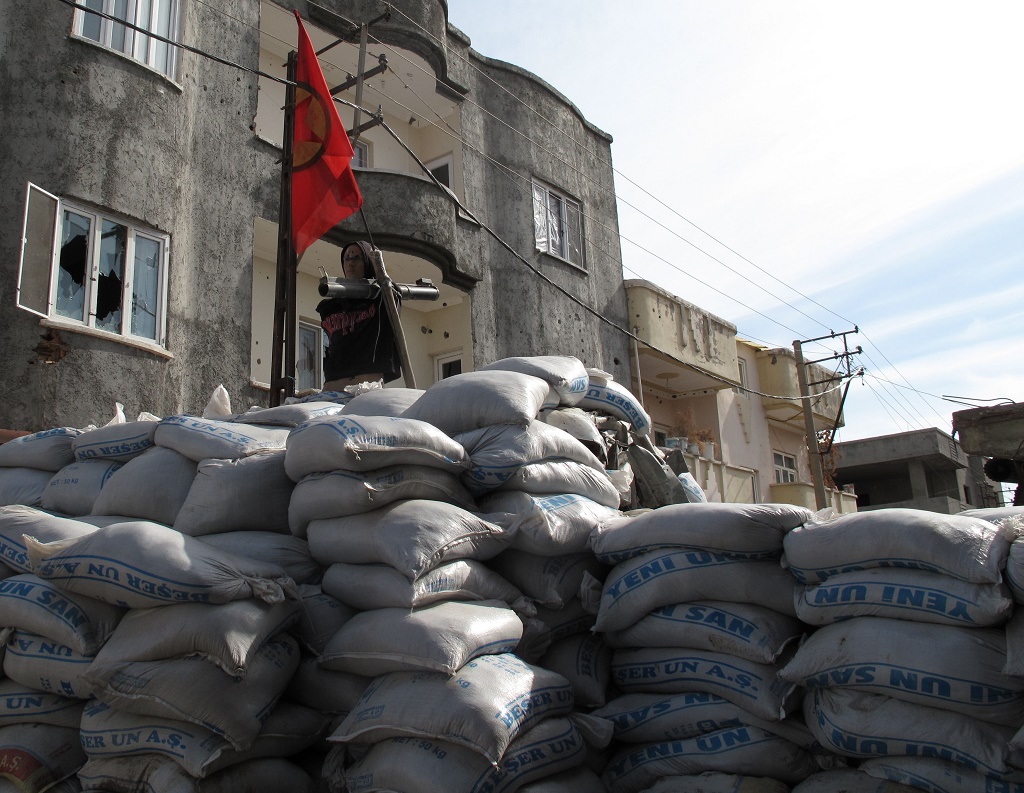 Turkey is still reeling after a pair of suicide bombers detonated themselves at a peace rally in Turkey’s capital city last Saturday, killing at least 97 people and wounding many more. No one has yet claimed responsibility, but Turkey says the bombers had trained in Syria and pointed the blame at several militant groups including the so-called Islamic State as well as leftist and Kurdish militants. The Turkish government continues its military crackdown in predominately Kurdish towns and cities across the restive southeast as the country heads for elections in just more than two weeks. FSRN’s Jacob Resneck reports.

The deadly blast was the third bombing attack against Kurdish activists and civil society groups since this summer when explosions at a pro-Kurdish party rally in Diyarbakir killed four people. And a twin suicide bombing in a Kurdish town near the Syrian border killed thirty two young civic activists in July.

Prime Minister Ahmet Davutoglu says the real victim here is his government. He told the Reuters news agency Wednesday that the latest suicide bombing might be a political ploy to hurt his ruling AK Party ahead of elections.

Many in Turkey – especially in the southeast – are reacting with skepticism.

In the southeastern city of Diyarbakir, the city’s mayor Gultan Kisanak questions how Turkey’s state security apparatus could miss a bombing attack so close to its own power center.

“The prime minister’s office building is there, all of the important institutions are in that very center and there are intelligence officers who are protecting them,” she said. “There are cameras everywhere. So for such blasts in such a central area, it is impossible that the state had no knowledge that this was going to happen.”

She said at the very least the government is at fault for failing to protect its own people.

The attack came the same day that the PKK announced a unilateral ceasefire to allow for parliamentary elections, scheduled for Nov. 1. But the government has dismissed the offer as a political tactic and doubled down on its air assaults on PKK guerrillas in the mountains and police raids in towns and cities.

Along the Turkish-Syrian border in the city of Cizre, local resistance is hardening towards the Turkish state. This city was on lockdown for nine days as police and soldiers battled a youth militia affiliated with the PKK.

Police have now withdrawn and sandbags are piled more than six feet high as residents reclaim control of residential streets in the heart of the city.

There are some cruel ironies. After more than a week living under last month’s curfew, 27-year-old Dalmis left her embattled city to call for peace at a rally in Ankara.

Instead, she narrowly escaped death and was among those who desperately tried to attend to critically wounded people as they waited for ambulances to arrive.

“People were trying to call their mother, brother, family… Everybody was crying, everybody was shocked,” she said.

Despite little knowledge of first aid, she says she try to save people around her from bleeding to death, using a jacket as a tourniquet.

“I am not a doctor but I must help people,” she said.

Turkish military officials say operations are continuing across the country with police officers, soldiers, guerrilla fighters and civilians killed in the renewed fighting.

Last weekend’s attack, the deadliest on civilians in the country’s modern history, has further divided, and not united the country. A Turkish court has imposed a media blackout preventing critical reporting on the bombing, and riot police have violently dispersed peace demonstrations across the country.

It’s in this atmosphere that voters will head to the polls in a little more than two weeks.

Assistance for this reporting was provided in part by Platform for Independent Journalism (P24), an Istanbul-based non-partisan association whose stated mission is to promote independent journalism in Turkey.