U.S. stalls troop withdrawal from Afghanistan; almost 10,000 to remain through 2016 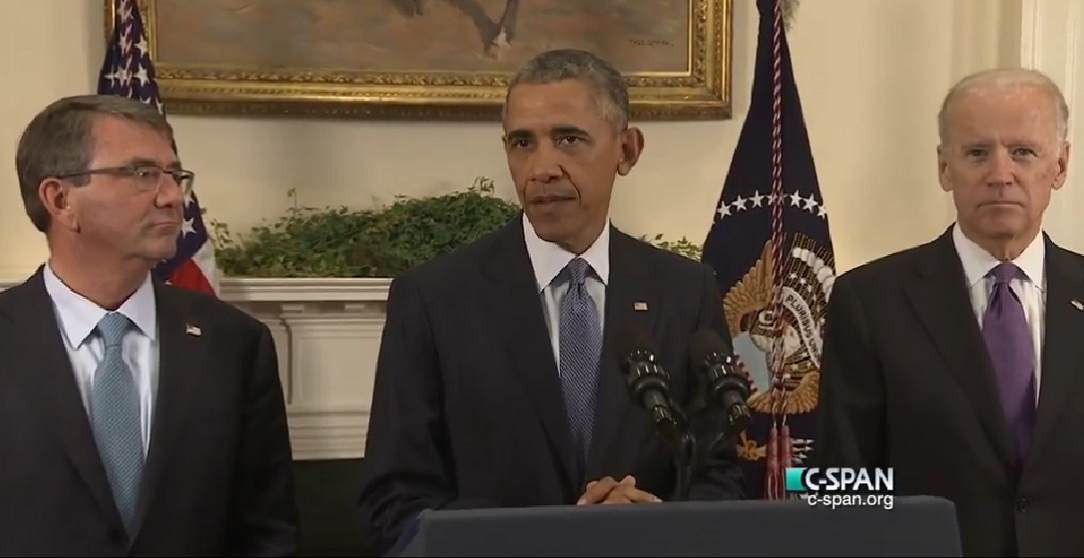 Just weeks after the 14th anniversary of the launch of the U.S. war in Afghanistan, President Barack Obama announced Thursday that despite previous plans —  those troops still in the country will remain even longer.  FSRN’s Nell Abram has more.

Citing heavy losses among Afghan security forces, an influx of insurgents from Pakistan and a resulting emergence of ISIL in the country, President Barack Obama stalled U.S. troop withdrawal from Afghanistan, pledging continued support to the country’s current government.

“The bottom line is in key areas of the country the security situation is still very fragile, and in some places there’s risk of deterioration,” President Obama said in a White House announcement.

Combat operations in the longest war in U.S. history officially ended in December, 2014 but troops remained in the country tasked with training Afghan security forces and providing military support for their on-going counter-terrorism efforts.

President Obama had planned to withdraw almost all of the nearly 10,000 troops still in Afghanistan by the time he leaves office in January, 2017, leaving only a small embassy-based mission. But under the new plan, a force of thousands will remain in the country when Obama hands the presidency to his successor.

“First: I’ve decided to maintain out current posture of 9800 troops in Afghanistan through most of next year, 2016. Their mission will not change. Our troops will continue to pursue those two narrow tasks I outline earlier – training Afghan forces and going after al Qaeda,” Obama explained. “But maintaining our current posture though most of next year rather than a more rapid draw down will allow us to sustain our efforts to train and assist Afghan forces as they grow stronger – not only in this fighting season, but into the next one.”

The president also said 5500 troops will remain through 2016, and be stationed at military bases including Bagram and Kandahar. He added that this isn’t the first adjustment to the U.S. draw-down plan, and likely won’t be the last.

The change in policy follows a major Taliban offensive in the country in which the group violently took control of the city Kunduz. During their occupation of the provincial capital, militant fighters reportedly conducted house-to-house raids, specifically targeting women and human rights workers. The group has now withdrawn from Kunduz and refocused their attention on other major cities in the region including the capitals in Ghazni and Zabul provinces.

During military efforts to retake Kunduz earlier this month, U.S. warplanes backing Afghan forces repeatedly struck a Doctors Without Borders hospital – at least 22 people died in the attack including 12 medical staff and 10 patients, three of them children. The medical charity,  also known by it’s French name Médecins Sans Frontières, or MSF, is seeking an independent probe of possible war crimes through the International Humanitarian Fact-Finding Commission established under the under the Geneva Conventions. The commission has offered its services to both the U.S. and Afghanistan, but cannot begin an investigation without consent from the countries involved.

President Obama did not mention the hospital attack in his remarks Thursday, but at a White House media briefing the day prior Press Secretary Josh Earnest mirrored earlier U.S. official’s avoidance when directly asked if the U.S. will grant such consent.

“The administration has confidence that the investigation that is currently underway by the Department of Defense will provide the full accounting of the situation that the President has asked for,” Earnest deflected.

The press secretary added that NATO is investigating the airstrikes and a joint US-Afghan probe is also ongoing. MSF launched a online petition drive Thursday, urging the U.S. to agree to the independent inquiry.